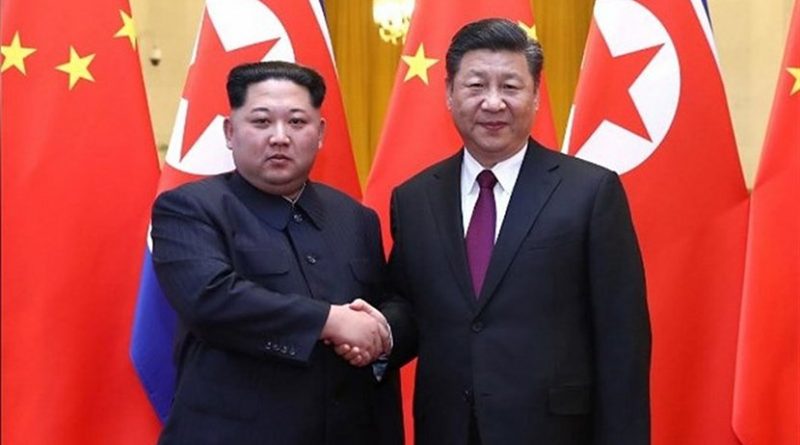 The relationship between China and North Korea has often been described as similar to that between lips and teeth. Besides sharing the political ideology of communism, China is important for North Korea for sustaining its economy, especially in the face of increasingly severe economic sanctions as Pyongyang continues its nuclear and missile advancements. China ensures that its neighbour’s economy remains sufficiently afloat, even as it stands as a bulwark against global criticism of North Korea’s actions.

Meanwhile, North Korea, particularly with its nuclear capability, is important for China not only as an instrument to complicate US security concerns, but also as an effective buffer against perceived hostile elements in the region. Therefore, in order to secure its own interests, China remains deeply invested in North Korean stability. Beijing’s preference is for a Pyongyang that is internally politically stable, fairly economically viable, ideologically in sync with the Chinese Communist Party (CCP), headed by a leader who is personally obliged to China, and whose interactions with the world can be dictated and moderated by Beijing. In other words, a country that is proficient in handling its domestic business to avoid any spill-over of socio-economic instability across the border, but that listens to China on other matters.

While China is keen that North Korea remains stable, it nevertheless prefers a state of managed instability for the region, with the controls of calibrating that instability resting in its own hands. In the creation of a nuclear North Korea, China hoped to be able to tailor its nuclear capability in such a way as to be of concern for others, but still under some sort of Chinese control. It wanted it to be sufficiently distracting for Washington without making it overly concerned to contemplate military actions in the region. It is worth noting that when Pyongyang conducted its first two nuclear tests in 2006 and 2009, China was relatively quiet. But the next four tests met with greater Chinese criticism and support for UN sanctions. China could sense its strategic asset turn into a liability as a nuclear Pyongyang showed quite a mind of its own.

Over the past decade, Supreme Leader Kim Jong-un has continued his country’s nuclear and missile programmes for greater self-sufficiency and independence. His expressed nuclear doctrine signals brinkmanship of a high order. This becomes a matter of concern for China. A reckless leader, when facing a crisis he fears being overwhelmed in conventionally, or losing his small nuclear capability to a first strike, could be tempted to use nuclear weapons. The ensuing exchange would result in a humanitarian and ecological disaster in China’s backyard, the consequences of which it could hardly hope to escape.

Therefore, too independent a nuclear North Korea is an issue for China. It fears that such a country could become an albatross around its neck and a drag on its own great power aspirations. In this context, it is interesting that despite the 1961 Mutual Aid and Cooperation Friendship Treaty, China has added conditions on when it would be obliged to intervene in case of a conflict. Chinese neutrality in case a conflict is initiated by North Korea is one of them. The treaty is coming up for renewal in 2021 and it will be worth watching how China negotiates this space.

China is quite certain that North Korean denuclearisation is well-nigh impossible. It does not want it, either. What it would not mind is a freeze on the programme in exchange for lifting of some economic sanctions. This would be a win-win from Beijing’s perspective in at least three ways. One, it would halt further North Korean nuclear growth; two, it could pave a way to address missile defence deployments in South Korea and Japan that are perceived to pose a threat to China’s own nuclear deterrence; and three, allow Beijing to expand the economic relationship with Pyongyang towards increased interdependence and concomitant leverages which have dwindled in the current sanctions-riddled relationship.

An unbridled expansion of North Korean nuclear capability is not in China’s interest. But, it is beyond its individual capacity to rein this in given the nature of the current leadership in Pyongyang. Such an opportunity may arise in case Kim Jong-un’s much-rumoured ill-health leads to a change in the top position and China is able to slide in somebody who is far more mindful of its instructions. In the absence of such an eventuality, however, China will look to the US to bell the North Korean nuclear cat. The 2021 occupant of the White House could find a greater convergence of interest with China in untangling the North Korean nuclear knot than has existed in the past.

By Seema Sirohi The American ethos rests on optimism. The national engine is fueled by a belief in endless possibility