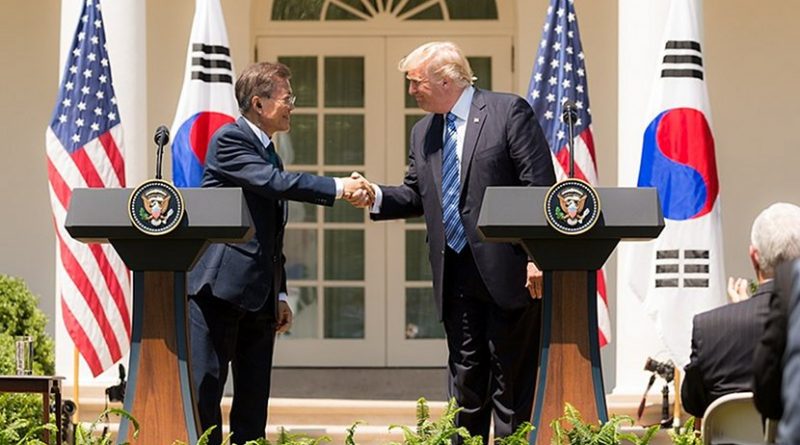 President Donald J. Trump and President Moon Jae-in of the Republic of Korea participate in joint statements on Friday, June 30, 2017, in the Rose Garden of the White House in Washington, D.C. (Official White House Photo by Shealah Craighead)

US President Donald Trump spoke via telephone on Thursday with President Moon Jae-in of the Republic of Korea for the second time since North Korea launched an intercontinental ballistic missile on November 28.

According to the White House, the two leaders discussed next steps to respond to this most recent provocation by North Korea, including how to bring maximum pressure to bear on the regime.