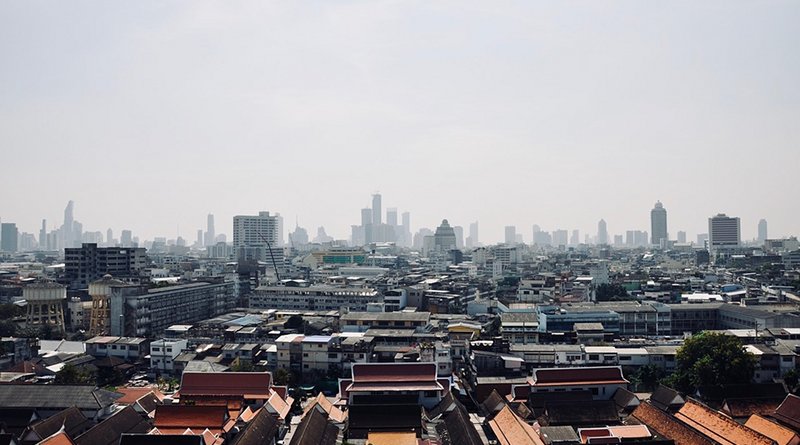 Thailand this week repatriated three Iranians who were convicted over a botched Bangkok terror plot in 2012, Thai officials confirmed Friday, but denied they were transferred home in a swap for a British-Australian academic imprisoned by Iran on espionage charges.

Lecturer Kylie Moore-Gilbert, 33, arrived in Australia on Friday following her release from Iranian custody earlier this week, with Iran state media saying she was freed in exchange for three Iranians held by another country, according to reports by international news agencies.

The state-run Islamic Republic of Iran Broadcasting (IRIB) agency earlier did not name the three Iranians or identify the country where they had been in the custody of local authorities. The three men – Saeid Moradi, Mohammad Khazaei and Masoud Sedaghatzadeh – were arrested here six years ago on suspicion of a bomb plot targeting Israeli diplomats in Thailand.

At a press briefing in Bangkok, the spokesman for the Ministry of Foreign Affairs rejected reports that the Iranians were transferred to Tehran as part of a multi-country deal involving Australia.

“It was a bilateral cooperation between Thailand and Iran, which was in line with the two countries’ treaty on convict transfers and cooperation on enforcement of criminal verdicts. There were two prisoners and another has already done serving his term, so they were sent back,” Tanee Sangrat, director-general of the ministry’s Information Department, told reporters.

“There were three of them, and that had nothing to do with a third country,” Tanee said, when asked whether the transfer was connected to the release of Moore-Gilbert. The lecturer on Islamic Studies at the University of Melbourne was arrested during a visit to Iran in 2018 and sentenced to 10 years in prison on suspicion of spying – allegations which she denied.

However, a senior Iranian government official said Friday in an interview with the state-run Islamic Republic News Agency (IRNA) that the three Iranian nationals held by Thailand were exchanged for Moore-Gilbert on Wednesday.

“The exchange took place in Tehran airport – meaning the three Iranians were first freed and entered Tehran, and then the Australian prisoner was allowed to go,” Araghchi told IRNA, adding the exchange was carried out by a private Australian plane, which first transferred the Iranian prisoners to Tehran.

In response to a query emailed by BenarNews on Thursday night about the reported transfer of the Iranians, officials at the Thai foreign ministry did not immediately answer questions but invited the news service to the briefing on Friday.

“We have already transferred the three Iranians on Nov. 25,” an official with the public relations office at the Thai Department of Corrections, who was not authorized to speak to reporters, told BenarNews.

Meanwhile on Thursday, Australian Foreign Minister Marise Payne declined to comment “on diplomatic discussions with other governments in the context of the return of Doctor Moore-Gilbert,” when a reporter asked whether Thailand was involved in a deal to secure the academic’s release.

Tanee, the spokesman for the foreign office in Bangkok, said Thailand had agreed to transfer the Iranians because “it is a humanitarian approach which allows them to go back to their country, and be closer to their families so they have better morale.”

Thailand has a prisoner transfer agreement with Iran and 37 other countries, where foreign prisoners are repatriated but serve out the remainder of their sentences in a prison at home.

However, footage broadcast on Iranian state television that showed the three men being showered with flowers and praised upon their arrival in Tehran suggested their incarceration on home soil appeared to be unlikely, according to a report by the Associated Press.

The incarceration of the three Iranians in Thailand stemmed from an accidental bomb explosion at a villa rented by the men in the Thai capital on St. Valentine’s Day, 2012.

As police rushed to the scene, suspect Saeid Moradi tried to throw a grenade at officers but it slipped from his hand and exploded, blowing off both his legs, according to a report by Thairath, a Thai-language newspaper.

At the villa, police recovered five transistor radio sets that were each stuffed with four pounds of C-4 explosive, fertilizers and ball bearings, Thairath reported.

Mohammad Khazaei was arrested at Bangkok’s Suvarnabhumi Airport while trying to flee the country. Masoud Sedaghatzadeh escaped to Kuala Lumpur but was arrested there and extradited to Bangkok.

Moradi was convicted and sentenced to life in prison for attempting to murder police officers.

Khazaei was sentenced to 15 years in jail for possessing explosives, and Sedaghatzadeh was pardoned by Thai king in August 2020.