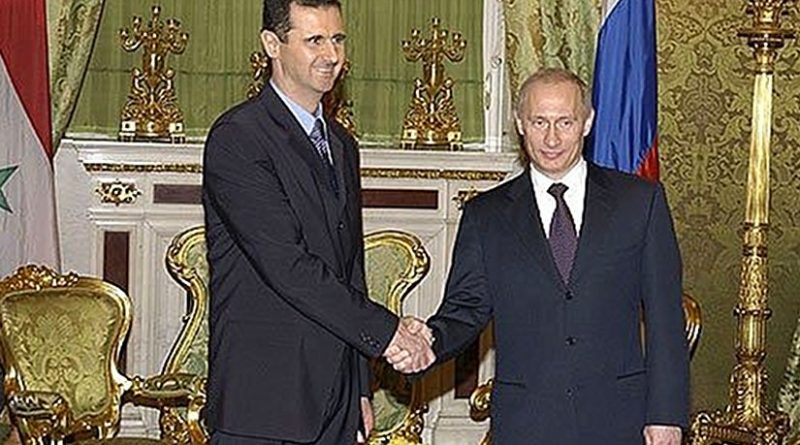 Turkey and Russia have brokered a nation-wide cease-fire in Syria that, if successful, can mark a new milestone in the 6-year conflict that has stubbornly defied durable peace despite repeated international efforts. As 2016 comes to a close, the new cease-fire initiative is, of course, welcome news for millions of Syrian people, including tens of thousands of internal war refugees grappling with the winter months. As expected, the UN officials have also welcomed the “Astana initiative” and the related news regarding a new round of political dialogue between the Syrian government and the non-extremist political opposition, to be held in the Kazakh capital, conceived as a parallel track in the recent trilateral meeting of Russia, Turkey and Iran — that resulted in a joint statement that called for the expansion of the Aleppo cease-fire and the building of political dynamic for the resumption of peace talks.

This two-track approach has a lot going for it. First, it reflects the evolution of regional cooperation and the pursuit of a regional solution that can, hopefully, avoid some of the pitfalls of the previous international efforts, including the divisive interests and approaches in the international community that did not prove conducive to the cause of a sustained cease-fire in Syria. Russia, Turkey, and Iran have now taken over the political track and with a deft combination of smart diplomacy, good will, and trust, their efforts can yield positive outcomes in the near future.

Of course, other stakeholders in the Syrian conflict must play their role too in order to bring about a sustained cease-fire and meaningful political process in the war-torn country, presently infested by foreign terrorists. The new US administration has a unique opportunity to transcend the limitations of its predecessor’s policies and put the US power in the service of peace rather than chaos and instability in Syria and the rest of the Middle East. The US superpower is addicted to playing leadership role in global affairs and is naturally disinclined to play second fiddle to other powers, which is why it is important for the trio of Russia, Turkey, and Iran not to fathom a durable peace in Syria without bringing US on board.

As the Russian President Putin has stated, the Astana meeting is meant to “supplement” the current international efforts at peacemaking in Syria. Concerning the latter, the UN Special envoy on Syria, Staffan De Mistura, has given a great deal of weight to the next Geneva round on Syria next February and, hopefully, by then real and tangible progress in terms of both cease-fire and political dialogue has been achieved as a result of the Astana meeting.

With respect to Turkey, which continues to veer between a new, and more realistic, Syria policy and the past “Assad must go” destructive approach, the Turkish leadership has to jettison the counterproductive rhetoric and and act consistent with the Moscow statement — that emphasized Syria’s sovereignty, independence, and territorial integrity. Unfortunately, Tukey’s “new Syria policy” is still infected by the venomous past rhetoric that, on balance, has yielded 3 million refugees and other major national security headaches for Turkey. It is imperative for Ankara to engage with Damascus, which is a key player in the equation, if Turkey wants to see the political process succeed.

As for other regional players, such as Saudi Arabia and Qatar, presently experiencing donor fatigue after years of backing the rebels without achieving any tangible progress, it is in their own national interests to cooperate with the present efforts to achieve a durable peace in Syria. A thaw in Tehran-Riyadh relations might be a sine qua non for this much-needed development, which in turn calls for serious confidence-building steps between the two countries. Certainly, the harmful perception of a zero-sum game in Syria and the conflict’s framing in the arcane language of regional supremacy and the like must be done away with and all sides convinced that peace in Syria is a common good requiring regional cooperation.

In terms of the political process, pursuant to the UN Security Council Resolution 2254, adopted last December, it is important to foster the necessary linkages between cease-fire and political process and to explore the mechanisms for power sharing, forms of governance, new constitution, and elections in Syria. The intra-Syrian talks must be Syrian-owned and Syrian-led and no power should act as a substitute for the Syrian forces, only facilitating the process. Nor should these talks be geared toward slicing up Syria into “zones of influence,” which would contradict the letter, spirit, and intentions of the Moscow statement.

Meanwhile, the cease-fire for the whole of Syria, which is still in flame in many parts, including Idlib, al-waer, Hama, north of Latakia, Barada (a precious few miles from downtown Damascus), parts of Ghouta, Palmyra, and so on, does not include the terrorist-held areas and, therefore, it is important that the lull in fighting does not translate into new opportunities for the terrorists to supply themselves with new weapons and so on. A coordinated US-Russia approach on the war on ISIS is badly-needed, which can come about by US’s satisfaction of the soundness of the scripts for Syrian peace, otherwise it is a sure bet that the US will play a mixed role that would seek to spoil the peace efforts. Lest we forget, the US military torpedoed the September cease-fire, brokered by US and Russian diplomats, by (most likely) deliberately targeting the Syrian soldiers. The US has now threatened to arm the rebels with sophisticated weapons and, certainly, this is an unwise move, particularly since the radical jihadists have come to get their hands on US arms sent to the “moderate” opposition in the past. Again, much depends on the new dynamic of US-Russia relations once Trump assumes power less than a month from now, assuming that Trump’s inclination toward a new Russia re-set is not hampered for one reason or another.

For the moment, however, a combination of factors above-mentioned lend themselves to cautious optimism about the chances for a sustained cease-fire, paving the way for meaningful political dialogue between Damascus and the opposition, an optimism that will not hopefully be rudely replaced by more cynicism regarding the opportunities for ending the calamitous war.

This article appeared at Iranian Diplomacy.

If one goes by tactical doctrines taught in army schools of instructions all over the world, then the attack launched