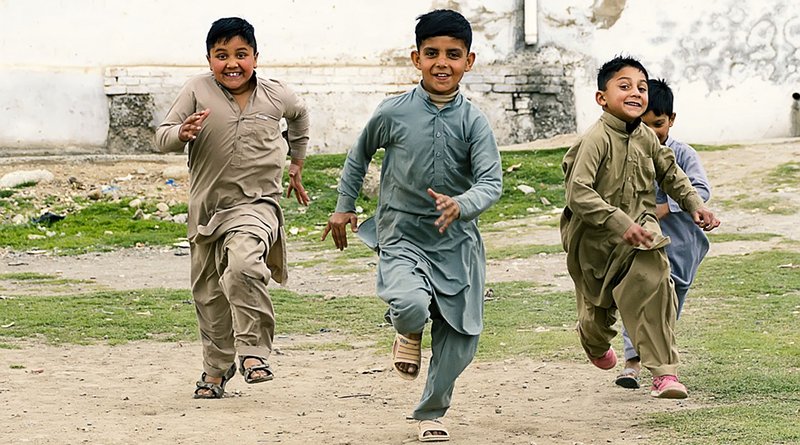 Much water has flown since India’s Prime Minister Narendra Modi signaled India’s readiness for a new era in bilateral relationship with Pakistan and invited his Pakistani counterpart Nawaz Sharif along with other SAARC leaders to the swearing-in ceremony of the BJP-led government during its first term in May 2014.

Despite alleged instances of ceasefire violations from Pakistani side, Prime Minister Modi arrived in Lahore in late 2015 for a meeting with Nawaz Sharif in a surprise visit and this was the first visit to Pakistan by an Indian Prime Minister in more than a decade. However, high profile terror attacks such as Pathankot, Uri and later Pulwama and New Delhi’s reference to evidences of involvement of groups and individuals operating from Pakistani territory took away the gusto from Modi’s diplomacy in heralding a new era in bilateral relations.

Nevertheless, the factor that would complicate the bilateral relations is not India’s annoyance over Pakistani actions/inactions over cross-border terrorism and its calculated measures against Islamabad to force it to mend its ways rather a lingering concern would be a nationalist upsurge that began to take shape in response to Pakistan’s actions/inactions is gradually assuming solidity and robustness which is likely to drive a wedge between the two countries for a much longer duration.

Apart from episodes of terror attacks on security-sensitive areas within Indian mainland, frequent violations of ceasefire agreement and Pakistan’s unfair treatment of its Hindu minorities have also provided strength to nationalist policies of the BJP-led Indian government whereas integration of Kashmir as a union territory has spurred nationalist passion within Pakistan.

An upswing of nationalist passion in India and Pakistan

After the Pulwama terror attack on February 14 in which 40 jawans of the Central Reserve Police Force lost their lives, a rise in Indian nationalistic feelings has been discernible. The Balakot airstrike conducted by the Indian Air Force across the Line of Control on February 26 was seen by many in India as a befitting response to the attack.

Later, scrapping of article 370 which ended Kashmir’s special state status and its inclusion as a union territory of India was materialized to show how the territory is an integral part of India and put to rest Pakistan’s claim over the territory. The Citizenship Amendment Bill of the Indian government which is currently a law after being passed by the Indian Parliament has been projected to be non-exclusionary in nature intending to accomplish a specific objective of allowing citizenship to Hindus forced out of neighboring Islamic countries. While it is too early to grasp the law in its entirety, it certainly has the potential of generating a Pan-Hindu fervor targeting at religious purging in Pakistan.

There has been a surge in reactions to India’s such moves from within Pakistan, for instance, following the release of the final list of the National Register of Citizens (NRC), Pakistan’s Prime Minister Imran Khan accused the Indian government of attempting to change the demography of the region through the “ethnic cleansing of Muslims”.

Responding to Citizenship Amendment Act, Pakistan’s parliament passed a resolution demanding India to revoke the act. Notwithstanding such reactions, the act has led to a sudden rise in reporting of cases of persecution of Hindu minority community in Pakistan. Reports pertaining to sufferings of Hindu migrants within India have not only swelled, cases of religious persecution within Pakistan as well as documents over the status of minority have made their way into media reporting and analysis.

According to one of the reports, more than 15,000 people belonging to minority communities in Pakistan have been charged under blasphemy law in past 30 years. One of the commentaries puts the statistics of protection of minority rights in a comparative perspective citing the rankings by Minority Rights Group International which ranked Pakistan as the 9th worst performer in terms of protecting minority rights whereas India is placed at 54th in 2019.

Reports of religious persecution, laws with nationalist undertones and indulgence of leaders in rhetoric with a nationalist bias are likely to harden each country’s position against the other making diplomatic engagement more difficult than ever before.

Appreciation of greatness of Indian civilization and esteem for Indian philosophy, science, wisdom, and religious tolerance if one takes a cursory look at the BJP’s election manifesto for 2014 general elections generates a belief that the nationalist ethos that BJP espouses is inclusive and tolerant of diversities.

Prime Minister Modi also made his firm faith in and commitment to the idea of Vasudaiva Kutumbakam (the world is one family) public. His party’s focus on development and economic growth also helped considerably in changing a communal image that was bequeathed to him as the Chief Minister of Gujarat.

Modi’s penchant for diversification of India’s foreign relations with a thrust on multi-alignment policy course and commitment to addressing global issues such as climate change, terrorism, search for alternative energy resources, trade and investment and tourism with a focus on immediate region through a ‘Neighborhood First Policy’ also helped transpose Modi’s image and personality as a leader.

However, the undercurrent of Hindu nationalism never died down. It raised its ugly image as and when it found encouraging external pressures.

UN Special Rapporteur Tendayi Achiume, an independent human rights expert appointed by the UN Human Rights Council, submitted a report on contemporary forms of racism, racial discrimination, xenophobia and related intolerance. As per the reports, the BJP “has been linked to incidents of violence against members of Dalit, Muslim, tribal and Christian communities.”

The government led by Prime Minister Modi has been accused of forming a 14-member committee of scholars to rewrite history suitable to the dominant religious group – the Hindus – after coming to power. Many experts preferred to argue that the BJP’s leanings as a right-wing Hindu party became apparent in domestic politics as it pursued “an agenda that encompassed efforts to ban beef consumption, reshape education in line with its ideational preferences, and clamp down on anti-national political dissidence”.

Although some dust has been settled with Modi receiving clean chit from Nanavati Commission over the charges of indulgence in communal violence, suspicions of minorities over the BJP’s nationalist agenda persist and they tend to view current policies of the government from this perspective as wide-spread protests against the Citizenship Amendment Act indicated.

However, the rise of nationalist passion in India is also related to rising cases of cross-border terror attacks, the way the dominant religious group in Pakistan has not only been involved in persecuting minority religious groups specifically the Hindus but undertook sustained efforts at assimilating them.

There are credible reports which point to the persecution of religious minority groups by the dominant religious group in Pakistan. According to the findings of a 2015 report by the South Asia Partnership-Pakistan in collaboration with Aurat Foundation, at least 1,000 girls are forcibly converted to Islam in Pakistan every year. The report stated that the conversions take place in the Thar region, particularly in the districts of Umerkot, Tharparkar, Mirpur Khas, Sanghar, Ghotki and Jacobabad. The numerical strength of Hindus in Pakistan has dwindled over a period of time.

Professor Saswati Sarkar, a US-based academic and researcher on Hindu persecution in the subcontinent, said: “This decimation is the outcome of sustained legal and social discrimination ever since the creation of Pakistan. On the legal front, only Muslims are eligible for the position of president or prime minister of Pakistan. The sharia court in Pakistan has promoted religiosity and strengthened fanatics.”

While the Human Rights Commission in Pakistan reports that 20-25 young Hindu girls are apparently abducted and converted every month, an estimate of the Pakistan Hindu Council suggests that about 5,000 Hindus being deprived of a dignified existence leave for India every year. Frequent terror attacks on sites significant to India’s vital security interests and subsequent actions, policies and rhetoric from each side aimed at evoking nationalist passion are gradually pushing India and Pakistan into irreconcilable positions making the diplomatic ice between them harder to break.