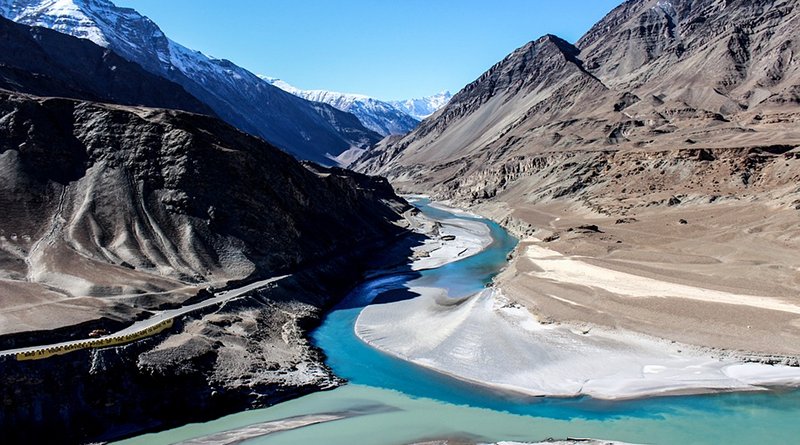 The Indus Civilisation spanned an extensive area of what is today Pakistan and north-west India. It is of interest to researchers as it has evidence for the development of early farming settlements from around 6000 BCE, the appearance of large-scale urban centres from around 2600 BCE, and these settlements continued to be occupied up to around 1900 BCE, when there are indications of deurbanisation and increased numbers of rural settlements.

“This developmental trajectory has left a rich but extremely complex archaeological record and many questions with which archaeologists are struggling,” says coordinator of the WaMStrin project Arnau Garcia. “Why did urbanisation emerge? Which factors – including changes in the river network and climate – contributed to urban decline? How did later occupations transform the landscape and with that the archaeological record from previous periods?”

Answering these questions has the potential to shed more archaeological light on the cultural heritage, agricultural practices and biodiversity of the Indus River Basin. The EU-funded WaMStrin project has investigated how human urbanised societies inhabited changing riverine environments in the southern part of Punjab province, Pakistan. WaMStrin took a long-term look at human-environment interactions and how this long history is integrated into present-day landscapes.

The WaMStrin project collaborated with a multidisciplinary team of researchers that included archaeologists, sedimentologists, and earth scientists who focused on recording and interpreting the material remains of past societies. WaMStrin focused specifically on a human settlement and the changing hydrological network of the Indus River Basin in Punjab province, Pakistan. This research was undertaken with the support of the Marie Skłodowska-Curie programme.

“In the design of the project, we set out to contribute to overcoming the struggle with fragmentary data coming from the normal space-time limitations of archaeological fieldwork and the lower resolution of remote sensing data,” remarks Garcia.

The researchers developed the WaMStrin project based on remote exploration of high-resolution satellite imagery and cartographic materials by using techniques that reveal archaeological features despite changes in the landscape. WaMStrin researchers used historical cartography, satellite imagery and archaeological databases to reconstruct aspects of the historical river network, and they studied the long-term settlement patterns of the alluvial plains of Pakistani Punjab. They tested some automated approaches based on Machine Learning to extract information from the data, and they hope to refine the technique to use in the future.

Mapping the ancient past

The team developed a map of palaeochannels that were part of past river systems. For that scope, researchers combined high-resolution remote-sensing data, image-enhancing techniques and historical cartography to produce a detailed map of relict channels. WaMStrin also used geostatistics, network analysis and landscape analysis to better understand the interaction of the different cultures that have inhabited the Indus basin to the changes on water availability.

The future of mapping the past

The WaMStrin team hopes that the maps they have produced will be used by other research teams in their work on cultural heritage management. They plan to consolidate their work with that of a team based at the McDonald Institute for Archaeological Research, University of Cambridge, United Kingdom to develop further research in south Asia at a larger scale.