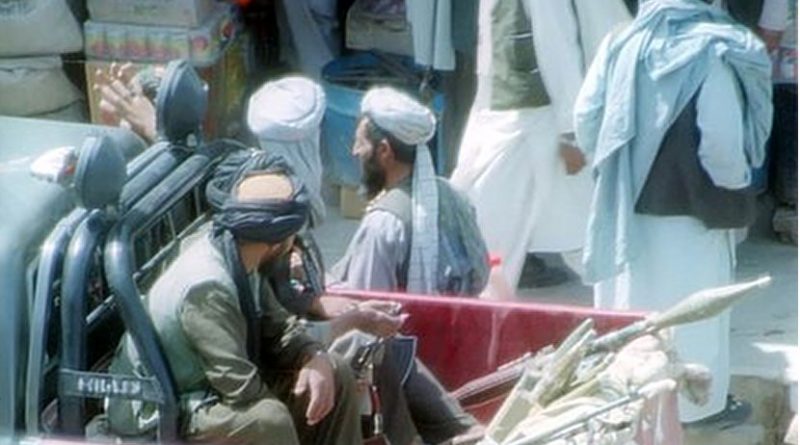 The present-day Afghanistan is still a center of instability and insecurity. Expansion of military operations by the Taliban and Daesh groups to western and northern parts of Afghanistan indicates the failure of the country’s reconstruction effort and state building project and proves vulnerability of security state of Afghanistan. It is also especially the sign of a grave human security crisis in the country. The results of this situation at domestic levels have been nothing but continuation of immigration crisis, persistent corruption and inefficiency of state institutions, in addition to unprecedented increase in plantation and production of illicit drugs.

However, this is not the whole story. Interconnection among domestic, regional and international aspects of the crisis in Afghanistan is such that it can rapidly jeopardize all security complexes in West Asia and even at international level on a large scale. This interconnection and negative impact of the situation in Afghanistan was for a short time overshadowed by the surge of extremist terrorism and emergence of Daesh in Iraq and Syria. As a result of that situation, Afghanistan was somehow drive out of the focus of attention of both politicians and analysts. However, now that the so-called Daesh caliphate is in decline in Iraq and Syria, the issue of Afghanistan has once again regained its determining importance in shaping regional and international security arrangements. Therefore, major questions that arise here are: What impact can the ongoing developments in Afghanistan have on periphery of the country and international security? Will Afghanistan move toward more stability in the post-Daesh era, or will it turn into a center for reproduction of new forms of sectarian terrorism? And finally, what should be the position and responsibility of other governments involved in the issue of Afghanistan?

Domestic and regional dimensions of insecurity in Afghanistan

According to reports released by the majority of analysts and international institutions, a sharp increase in activities of the Taliban and Daesh groups in 2017 has led to increased insecurity in Afghanistan in addition to soaring civilian casualties and reduced control of the central government on border provinces. As a result, in addition to southern provinces, the Taliban militants are now trying to expand their control over the northern parts of the country and, along with the Haqqani network, are considered as the main causes of insecurity in the country. Therefore, in spite of the fact that Hekmatyar’s group has already joined the peace process in the country, no clear prospect is currently on the horizon for improvement of the existing situation in Afghanistan. One reason for the current situation is the increased activities of Daesh in this South Asian country. Up to a year ago, no serious attention was paid to gradual infiltration of Daesh into Afghanistan, which has been called Wilayat Khurasan by this terrorist group. However, the power void in the country, on the one hand, and the long history of presence and communications among various groups of extremist terrorists on the two sides of the Durand Line, on the other hand, have made Afghanistan a totally attractive location for members of these extremist groups. We must especially bear in mind that a group of Daesh members come from extremists in Central Asia and China’s Xinjiang province, who have always used Afghanistan both as a passage and as a place for training and logistics.

Some analysts believe that given the background of Taliban’s presence in Afghanistan and the social status that the group enjoys in the country, chances for Daesh to be able to establish its standing in Afghanistan are infinitesimal, because the Taliban group has proved in the past that it is not willing to lose its territory even at the cost of bloody conflicts with rivals. However, we must not forget that sectarian terrorism in Iraq and Syria managed to thrive despite all primary expectations and predictions by taking advantage of the power void and existing discontent among people in those countries. Of course, hefty financial aid pouring in from outside of those countries was also a very effective factor in growth of such groups. In the meantime, the Taliban lacks its past power and consolidation as a result of which it is quite possible for some disgruntled members of the group to joint Daesh. Under these conditions, the two groups’ mutual need to each other in order to fight a common enemy may lay the ground for tactical and regional cooperation between them despite all their differences and internal rivalries. Reports released so far about the cooperation between Daesh and the Taliban for seizing the strategic district of Mirza Olang in Afghanistan’s Sar-e Pol province in August further corroborate this possibility.

As a result, the present circumstances in Afghanistan can be compared to the situation in Iraq during 2010-14, and under these circumstances, the Taliban and Daesh are expected to take the following steps separately or in cooperation with each other:

Responsibility of regional and international powers in Afghanistan

The Taliban and Daesh are expanding their activities at a time that the US-led international coalition’s forces have been proven inefficient and without initiative and, in practice, have no clear-cut strategy in the war-stricken country. This comes despite promises the coalition forces have given to maintain stability and security in Afghanistan and in spite of the fact that they have been paying material and human costs of their efforts.

However, since Trump’s foreign policy is mostly mercantilist in nature, it is not likely that Afghanistan will have a very important position in that policy due to its high costs and low benefits for the United States. This is especially true under conditions when the United States lacks a grand strategy for West Asia region and, due to this reason, nobody can expect any special change to take place in Washington’s policies and actions in this regard.

Under these conditions, it seems that the country is in for seeing a new surge in instability and insecurity. The two main factors that make this very probable include the high possibility of a shift in position and deployment of some Takfiri terrorists from Iraq and Syria to Afghanistan, on the one hand, and the weakness of the Afghan government combined with lack of serious determination to fight terrorists on the part of the US-led coalition and NATO forces, on the other hand. Of course, this issue can, per se, be considered as a serious threat at all three domestic, regional and international levels, but at the same time, it can be viewed as an opportunity as well because, like what happened in 2002, it can provide grounds for more cooperation and coordination among effective regional and international actors in Afghanistan.

In the meantime, the Islamic Republic of Iran enjoys remarkable capabilities and abilities for fighting against extremism and Daesh. Therefore, if big powers avoid taking a unilateral approach in this regard, Iran can play a very constructive and positive role. One of the main reasons behind inadequacy of efforts made in the past decade to build security in and reconstruct Afghanistan has been ignoring the role of regional powers. Therefore, a feeling of common threat from extremist terrorism in Afghanistan by all regional and global powers can be taken as a basis for new cooperation, which may be the last chance for this country and the entire region to come up with new security arrangements on the basis of consensus and maximum cooperation among influential actors.