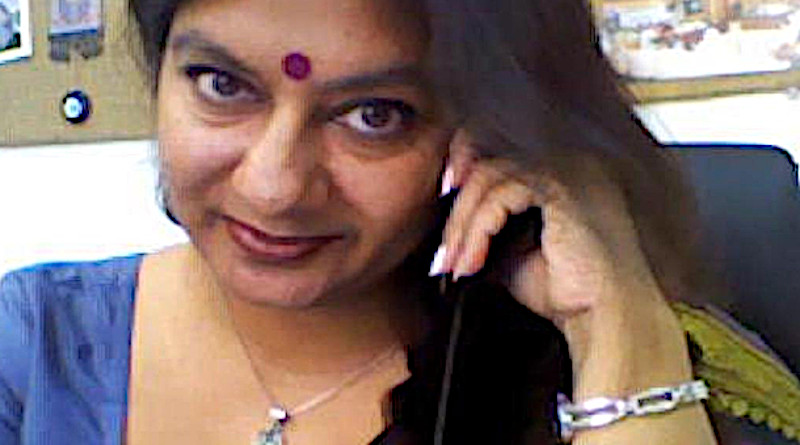 A feminist activist in Pakistan has sparked a major debate online after sharing a satirical joke about Jesus.

“A cleric said that Prophet Isa [Christ] didn’t die but was ascended. A simple follower asked if Prophet Isa was also Baloch,” Marvi Sirmed, a journalist and human rights defender, wrote in an Aug. 22 tweet.

Christian and Muslim leaders are now demanding an apology from Sirmed.

“On behalf of all Christians nationwide and all over the world, I condemn the tweet insulting the dignity of our Lord Jesus Christ. I demand that the government of Pakistan immediately block the Twitter account of Marvi Sirmed and take legal action against her,” said Church of Pakistan Pastor Riaz Arif Malik, former vicar of Lahore Diocese.

Police filed a case against Sirmed under the blasphemy laws for the tweet. A Christian journalist filed the petition for trial in Faisal Town police station, Lahore.

In July, Sirmed supported her research with data of missing persons, sharing their names, photos and dates of illegal abductions in different provinces. Human rights organizations say the practice of enforced disappearances has been prevalent since the 1970s in Balochistan province.

Members of the Pashtun Tahafuz Movement, a rights group of the Pashtun community, blame state security agencies, particularly the army, for violating human rights and engaging in extrajudicial killings, displacements and attacks on ethnic Pashtuns.

“Can anyone tell what curse of freedom of speech is this Marvi Sirmed we are carrying as an albatross around our necks. This woman is barking in a single blow on prophets, national unity, character of the army and directly on clerics,” he said.

Amnesty International has expressed concern at “the alarming uptick” in blasphemy accusations across Pakistan.

“Sirmed has previously been subjected to severe vitriol online and a blasphemy accusation will only embolden trolls in cyberspace. A threat to her physical safety cannot be discounted,” David Griffiths, director of the Office of the Secretary General of Amnesty International, said.

“The threat of violence to her life and safety is paramount. There are more than enough precedents for how accusations can bolster vigilantes to take matters into their own hands. Pakistani authorities must immediately provide Sirmed with adequate protection.”

On Aug. 13, police filed a case against actor Saba Qamar and singer Bilal Saeed for shooting a music video in a mosque. The clip was released online and led to large protests in Lahore the following day during which leaders of religious party Tehreek-i-Labbaik Pakistan (TLP) vowed vengeance against the artists.

Both Qamar and Saeed have published statements apologizing on their social media accounts.Last month an American citizen and a former member of the Ahmadi community, Tahir Naseem, was killed inside a court in Peshawar’s Judicial Complex during a hearing for alleged blasphemy, a capital crime in the Islamic republic.

In 2018, TLP held large rallies to protest the acquittal of Christian farm worker Asia Bibi, effectively shuttering the country for three days.South Asians Against Terrorism and for Human Rights (SAATH) Forum condemned “orchestrated blasphemy campaigning and allegations” against Sirmed in a statement issued on Aug. 25. Forum members said they deplore every accusation and slur against her.

SAATH co-founder and former ambassador to the US Husain Haqqani said he stands in solidarity with Sirmed.

In November, a female TikTok user uploaded a music video of her walking barefoot on a rug depicting the Last Supper. Both later apologized.

According to Khalid Shehzad, a Catholic member of the National Lobbying Delegation, rights activists and journalists should avoid creating religious controversies.

“We depend on democrats to defend our rights. We risk losing them in the ongoing debate on freedom of speech. We are witnessing repeated attempts of blasphemy against Christ. Hurting religious sensitivities disturbs harmony,” he told UCA News.

“Christians are abducted on a single like on Facebook. However, if Muslims do that, they only apologize. The state has completely failed in protecting minorities and their rights,” he said.