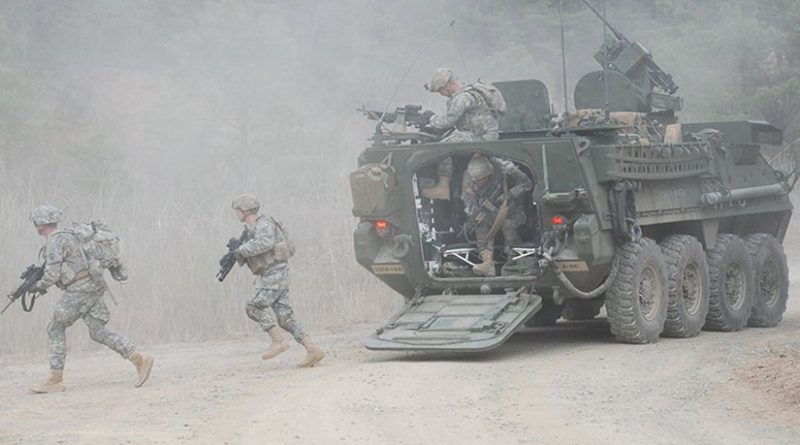 While U.S. troops are concerned about how the country’s budget issues will affect them and their families, service members take their profession seriously, the nation’s top military officer said earlier this week.

Asked about the preponderance of pay-and benefit-related questions service members have asked during town hall meetings with the secretary both here and in Japan, Dempsey said troops are naturally keeping an eye on the nation’s economic issues.

“I think it puts them exactly in line with their fellow citizens around the United States,” the chairman said. “I think they’re very well-informed. They recognize the issues facing us as a nation economically, and wonder what it’s going to mean for them.”

The chairman said the secretary and he have been clear in telling the troops that changes to benefits such as retirement will be grandfathered and will not change for those now in uniform.

“These young men and women who have signed up under a certain set of circumstances and commitments — we’ll meet those commitments,” Dempsey said.

Troops’ financial concerns don’t detract from their professionalism, he added.

“They also recognize they’re over here to make sure they are as well-prepared as they can be for whatever we might ask them to do,” Dempsey said.

The chairman added when troops get the chance to speak with their senior leaders, they also ask “all the questions you’d want them to ask” — including what lessons have been learned from 10 years of war and how the force structure will change.

On his way here, Dempsey stopped at Joint Base Elmendorf-Richardson in Alaska to meet with troops. The first question they asked, he said, were on benefits.

“But if you stick around long enough, the questions get around to what it means to be a Soldier, a Sailor, an Airman, a Marine,” he said.

Thurman said based on what he sees here daily, troops’ concerns about budget cuts don’t seem to be affecting morale.

“We’ve got a threat to the north. We have a well-defined mission. And I don’t detect anything that degrades any morale and our willingness and readiness to fight,” he said.

Thurman added he couldn’t be more proud of the combat-seasoned force he commands.

“I think, as General Dempsey said, they’re very smart, intelligent, and they’re asking some of the key questions that they see [from] the news,” he said.

Both generals will join the secretary today in the 43rd Security Consultative Meeting here, an annual gathering of U.S. and South Korean senior military leaders.

The meeting will conclude the secretary’s week-long visit to Asia, during which he has engaged with military leaders from Indonesia, the Association of Southeast Asian Nations, Japan and South Korea.