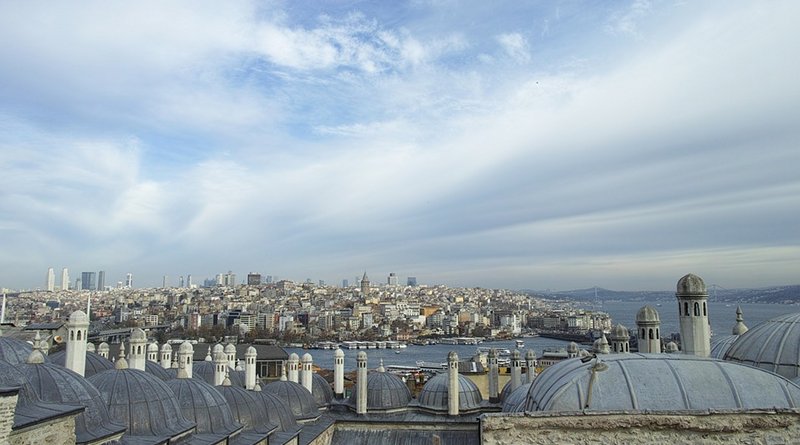 The Turkish government seems set to dig a canal in Istanbul to link the Black Sea to the Marmara Sea. It will constitute a second link between the two seas in addition to an existing natural waterway, the Istanbul Strait (Bosporus), 30-40 km to the east. The government claims that the main purpose of the project is to alleviate heavy traffic in the Bosporus.

The opponents of the project claim that it is more a pretext to create rent for real estate developers and to further enrich pro-government contractors. They also want to know who purchased real estate in areas along the canal’s route.

The initial estimates say that the construction may cost US$15–20 billion. It also has geological, environmental and social implications, but this article will focus on the international law aspect of the question.

The Black Sea is the only sea whose status is regulated by an international agreement, the Montreux Convention. This convention regulates the passage through the Turkish Straits, that is to say the Dardanelles, Marmara Sea and Bosporus.

As a general rule, merchant vessels are free to use the Turkish Straits, but there are certain restrictions in case of war. These rules vary according to whether Turkey is belligerent or not. If Turkey is a belligerent party, the restrictions apply to merchant vessels according to whether or not they are vessels of countries with which Turkey is at war. If they are registered in countries that are not at war with Turkey, they are allowed to go through the Turkish Straits on condition that they do not in any way assist Turkey’s enemies.

This rule also applies in the event that Turkey considers itself to be threatened with imminent danger of war.

The tightest restrictions concern the tonnage of warships. The maximum aggregate tonnage of all foreign naval forces passing through the Straits shall not exceed 15,000 tons. These forces shall not comprise more than nine ships at the same time.

The aggregate tonnage that non-Black Sea countries may have in those waters cannot exceed 30,000.

There are other restrictions as well: The warships of non-Black Sea countries are not allowed to stay in that Sea more than 21 days, whatever the reason for their presence there. Submarines must pass through the Turkish Straits in daytime and on the surface of water.

These details give an idea of the central role entrusted to Turkey in the implementation of the convention. This was thanks to the conditions that prevailed in the mid-1930s when the convention was signed. Italy had invaded Abyssinia (Ethiopia) and the predecessor of the United Nations — the League of Nations — could not do anything to prevent it. Nazi Germany had already started to threaten Czechoslovakia. In this precarious environment, Turkey was able to persuade the international community that the best way to maintain stability in the Black Sea region was to regulate the entry of non-coastal countries’ warships.

This was approved and the Montreux Convention largely contributed to the stability of the region for more than 80 years.

If the Montreux Convention comes to an end one way or another, Turkey may not obtain a similar leverage for the protection of the region’s stability, especially in the area covered by the Turkish Straits. In the aftermath of World War I, between 1923 and 1936 this competence was assumed by an agency called the International Straits Commission under the auspices of the League of Nations.

Turkey was able to take over this responsibility from the commission thanks to the circumstances that prevailed in mid-1930s. Such a constellation in the international arena is not likely to happen again.

What does the Montreux Convention have to do with digging a canal in Istanbul?

If a canal is dug, non-coastal countries wishing to maintain a military presence in the Black Sea may approach Turkey and ask to use the canal — rather than the Bosporus — to send their warships to the Black Sea. They may claim that Montreux Convention does not cover the new canal, therefore the restrictions imposed by the convention do not apply.

Russia will probably oppose any relaxation of the measures that restrict the entry to the Black Sea of a large number of warships of non-coastal countries, such as the US navy. Of course, Turkey is not obliged to allow the warships of the non-coastal countries into the Black Sea, but it may find itself squeezed between the applicant countries and Russia. Therefore, if the Montreux regime collapses, it is difficult to predict what type of environment may arise, especially now that Turkey is largely isolated in the international arena.