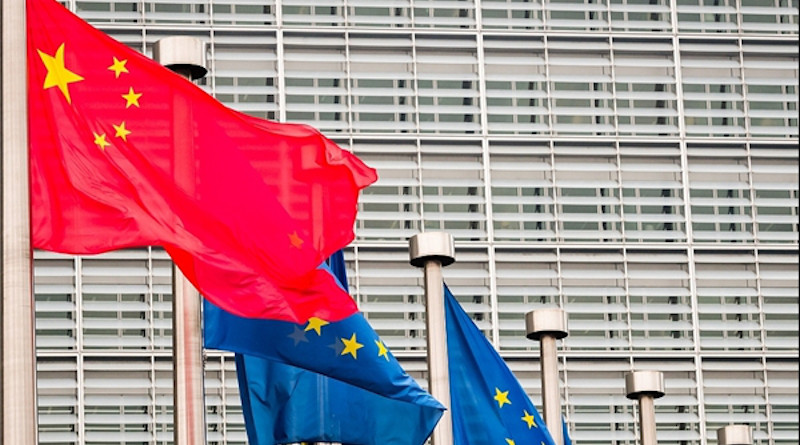 (EurActiv) — The EU and China agreed ‘in principle’ on Wednesday (30 December) to an investment deal that will give European companies greater access to Chinese markets and help redress what Europe sees as unbalanced economic ties.

For many years, while China enjoyed access to the EU single market for investment, companies from EU countries struggled to penetrate the centralised and opaque Chinese system.

The agreement has been nearly seven years in the making and is likely to take at least another year to enter into force. It forms part of a new relationship with China, which the EU views as both a partner and a “systemic rival”.

Negotiations, which began in 2014, accelerated this year and are set to conclude with a political sign-off during an online meeting between Chinese President Xi Jinping and the head of the European Commission, Ursula von der Leyen, and European Council chief Charles Michel on Wednesday.

Xi was also due to speak separately with German Chancellor Angela Merkel and French President Emmanuel Macron, whose countries are set to predominantly benefit from the deal.

Other member states have been more cautious in their praise towards the agreement.

Belgium and the Netherlands, in particular, had raised concerns about the EU’s ability to address human rights issues under the agreement.

At the same time, Eastern Europeans and especially Poland are questioning why the EU is rushing ahead to seal the deal with China without waiting for the inauguration of US President-elect Joe Biden, whose transition team has voiced concerns about what the deal could mean in geopolitical terms.

What’s in the deal?

China has agreed to several commitments demanded by the EU to ensure a level playing field.

Some requirements that companies operate as part of joint ventures with Chinese partners will be lifted.

China will ban the forced transfer of technology from foreign companies, and has pledged to be more transparent on subsidies and bar state-owned enterprises from discriminating against foreign investors.

Calling the deal “of major economic significance”, an EU statement said “China has committed to an unprecedented level of market access for EU investors.”

In addition, the EU said China has committed to “effectively implement” International Labour Organization (ILO) rules it has already ratified “and to work towards the ratification of the ILO fundamental conventions, including on forced labour.”

According to EU sources, the agreement is also to intensify cooperation on other subjects of common interest such as climate and biodiversity, COVID-19 response and development policy, “while recognising the need to continue dialogue on an important issue such as human rights”.

A political committee is designed to ensure the agreement is honoured, with arbitration panels to rule on disputes, leading to potential sanctions.

A panel of experts will draw up a report, with input from civil society, to ensure these ecological and labour commitments are met.

The text of the agreement still needs to be finalised, before months of legal scrubbing and then translations to ensure it is in the 24 official EU languages.

Only then will it be ratified, which in Europe requires approval from the 27 EU governments and by the European Parliament.

Europe’s lingering concerns over Beijing’s human rights record had been a point of contention in recent months with the pressure rising on the EU and Germany to take a stronger stance against China on the detention of Uighur Muslims in Xinjiang province, and against Beijing’s new security law cracking down on free speech in Hong Kong.

The EU is set to take stock of the overall development of EU-China relations in all its dimension under the French presidency in 2022.

The European Chamber of Commerce in China, welcomed the agreement, stating it expects both sides to move forwards on the signatures on the final texts in a timely manner.

“We eagerly await the release of the details of this political agreement, and hope to find a robust and bold conclusion,” said Joerg Wuttke, president of the European Union Chamber of Commerce in China.

“A strong agreement would be a powerful statement to show that constructive engagement can produce results,” Wuttke said.

The deal brings Europe a degree of parity with the United States, which has struck a “Phase I” trade deal with China.

The deal includes commitments on climate change and labour rights. Commitments are reciprocal, but the EU market is already far more open. Brussels has given some ground in energy, but says its offer to China consists chiefly of guaranteeing the existing openness.

Hosuk Lee-Makiyama, director of trade think tank ECIPE, said that although there was little obvious benefit for Beijing in the text, China wouldn’t have signed up without some promise of advantage.

“No major power, not least China, gives anything for free, so there will be a trade-off. It’s just not in the agreement,” he said.

Compared with a trade deal, which might include retaliatory tariffs, such an investment deal is also more difficult to enforce, Lee-Makiyama said, noting that the EU would be unlikely, for example, to seize Chinese assets.

The EU has been keen to portray the agreement as a step towards forging multilateral rules.

It still does not cover issues including trade flows or public procurement for the likes of telecoms equipment maker Huawei.

The bloc intends to push through laws securing greater reciprocity in public procurement and tighter control of foreign subsidies.