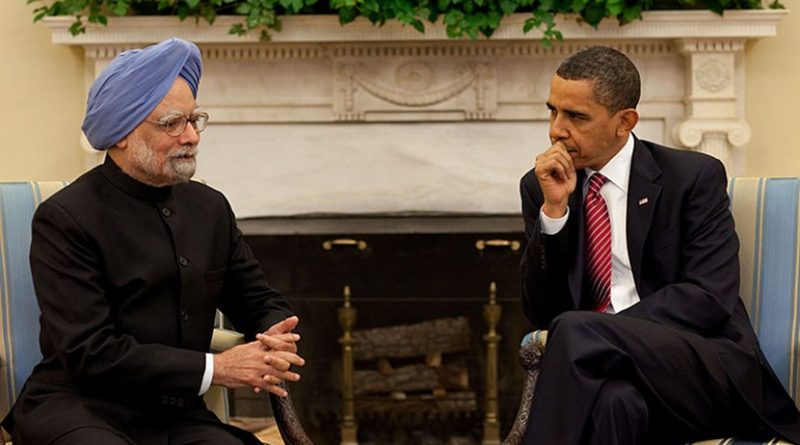 There is striking unanimity among analysts and commentators in India and the United States that President Barack Obama’s second term would herald fresh and by no means minor difficulties in Indo-US relations. Given the bipartisan support and evolving “strategic partnership” between the two democracies, India barely figured during the election campaign. Outsourcing and visas were mentioned but as a glancing reference as part of the poll rhetoric. Obama has said India figures “big” in his plans, but it is not clear how and in what way he would direct US policy towards India in the next four years. Senator John Kerry’s appointment as Secretary of State, in succession to India-friendly Hillary Clinton, has already provided quite a few indications of the shape of things to come, and these cannot be to India’s liking.

For instance, the endgame in Afghanistan is almost certain to be a major problem between the most powerful and the largest democracies. Because of its determination to exit the rugged country where it has fought its longest and unfinished war, America finds it necessary to pander to Pakistan even though relations between these once “most allied allies” have sunk to a very low point, of late. This has already led to a downgrading, in America’s scheme of things, of India’s role in the security of Afghanistan, a traditionally friendly country where its stakes are very high. Pakistan, of course, wants this country excluded from Afghanistan altogether. Moreover, along with Britain, Pakistan is promoting a settlement between the Taliban and the Karzai government but basically on its terms. The Taliban’s inclusion in the post-US Afghan government would be bad news for the region, and would add to the strains between New Delhi and Washington, as differences over Iran are doing already. Some thinkers believe the US interest in making India an anchor country for regional economic cooperation is aimed at gaining New Delhi’s support for facilitating its exit from Afghanistan.

There is a strategic angle to this. Following the pullout from Iraq, and planned drawdown of troops from Afghanistan by the end of 2014 and China’s growing assertiveness in East and South China sea, Obama has been reorienting US policy towards Asia-Pacific. Not long ago, Mr. Obama had declared the shift of his country’s “pivot” from India’s west to East Asia (Mrs. Clinton spoke of the region as “Indo-Pacific”) and promised to “rebalance” American military presence in the area. The wide world had seen this as a measure to contain China’s rise and growing assertiveness, indeed aggressiveness. India has a major role to play in building up a just and transparent security architecture and maintaining stability in Asia. Moreover, several of American and Indian interests do converge, even if these diverge in certain other areas. Other neighbours of China, especially Japan, South Korea and Australia, were even more supportive of the American “pivot”. Now, however, all this looks like a thing of the past.

Mr. Obama’s official visit to Delhi in November 2010, the US President described the Indo-American ties as the “defining relationship of the twenty-first century”. He then announced, for the first time, his country’s full support to India’s quest for a permanent seat on the UN Security Council. Not only does this remain a very distant dream but also the American side has made no bones about its view that our performance during the last two years as a non-permanent member of the Security Council has been “obstructive” and therefore unhelpful. The consequence of this should be evident, especially now that the issue of the much-needed reform of the UN system seems to interest no one. Incidentally, it needs to be added that China has never supported India’s permanent membership of the Security Council although many in this country have misinterpreted Beijing’s ambiguous statements as support to the Indian cause.

There is a growing consensus in Washington and New Delhi that the most fruitful areas to deepen the US-India partnership reside in economic and trade relations, security and defence ties, and collaboration on regional challenges. To revert to India-America relations both countries are mired in their great and growing domestic woes, aggravated by a political gridlock in both. Even so, they should find time to discuss whatever problem each thinks it has with the other. The US has made a “bet” on India and would perhaps shape the context in which India would take its decisions. In Obama’s first term, joint initiatives in areas like energy and healthcare were launched. In the second, both countries could collaborate on maritime and cyber security. As the Obama Administration transitions to a new foreign policy team, the “full embrace of India’s rise”, as declared by National Security Advisor Thomas Donilon, will hopefully remain central to US policy.

From India’s economic promise to its strategic potential in Asia, there is good reason for the US to sustain its “strategic bet on India’s future”, a wager famously placed by former Secretary of State Hillary Clinton during her tenure. A realistic but sustained new roadmap for advancing economic relations may hold the key to imparting fresh momentum to bilateral ties in 2013 and beyond. The US is already India’s leading partner for trade, investment, jobs and technology. However, still it is felt that the Obama administration has failed to develop a sustained policy helping India achieve its economic and security goals in the past. Obama has belied Indian hopes of US pushing reforms at the IMF and World Bank that would give its voice greater weightage on international fora. And a renewed move for the Comprehensive Test Ban Treaty (CTBT) would only create more strain. India and the US coperated extensively in dealing with terrorism arising from India’s western neighbourhood and in bulding stability and an architecture for cooepration in India’s east. Ties in Defence related coperation also expanded and there have been new initiatives to promote cooperation in agriculture, health, education and energy. Investments in business and growth in trade have also expanded significantly between both countries.

Asif Ahmed is Assistant Professor at the University of Kurukshetra, teaching defense and strategic studies. He holds an MA in Defence & Strategic Studies (Punjabi University) with couple of other post graduate degrees in Mass Communications and Journalism. Professor Asif Ahmed has published one book on national security of India and authored articles in English, Punjabi, and Hindi languages in various newspapers, magazines journals, and has also edited chapters in books at the national and international levels. For some time he also participated in Live Radio Talks and Phone in counseling programs at the AIR Patiala station in India. Professor Ahmed's areas of interests are National Security of India, Distance Education, Human Rights Education, and Environment Education. He may be reached at [email protected] and blogs at asifahmed081.blogspot.in