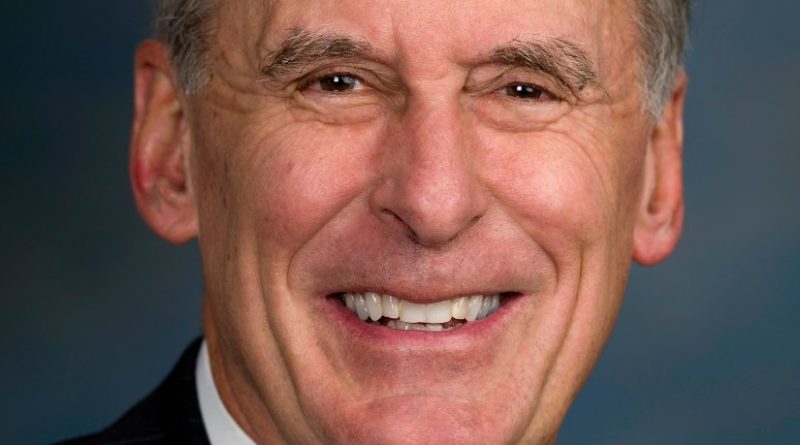 Daniel Ray “Dan” Coats is the new Director of Central Intelligence (DCI) appointed by President Trump – a designation everyone was awaiting since last January. The DCI is a rather controversial figure in the wide and too much fragmented world of the US intelligence agencies.

The Director of Central Intelligence is a post created in 2004 after the evident failure of the main US intelligence services on September 11. Nevertheless it was often opposed by the CIA and NSA Directors who sometimes blocked every news flow from Langley to the DCI office – as happened in 2009 when Leon Panetta was the CIA Director.

Dan Coats was a member of the House of Representatives from 1981 to 1989 and later replaced Dan Qayle as Senator from Indiana – a Senate seat he held until 2016, by always working for the Select Committee on Intelligence.

After temporarily retiring from the Senate, Dan Coats served as US Ambassador to Germany from 2001 to 2005.

It is also worth recalling that Coats has been officially banned from travelling to Russia due to his heavy mockery and witticism about Putin and, above all, for his requesting much harsher sanctions against Russia for its annexation of Crimea.

However, what is particularly interesting for us is the work carried out by Coats at King & Spalding, the largest law firm for companies and public institutions, founded 130 years ago in Atlanta, Georgia.

Said law firm works for over 50% of the companies included in the Fortune 100 ranking and has over 900 lawyers and attorneys working in 19 branches throughout the United States.

In 2016 King & Spalding earned over 3.702 million dollars from its lobbying activities with representative institutions and government.

It is reported to be among the top ten lobbying organizations in the United States and, in the list of the “National Law Journal Survey”, King & Spalding is among the US top 50 influencers, i.e. structures of political and strategic influence.

Said law firm represented the Lockheed Martin in 2007 and has currently over 191 clients including Boeing.

It is a law firm which does not only deal with litigation. Thanks to its influence, it literally creates and drafts – as it has done also recently for Saudi Arabia – the rules it will later discuss, on behalf of its clients, in the most appropriate legal forums and institutions.

King & Spalding carries out all the lobbying activity for Saudi Arabia in the United States.

The clients of Dan Coats as a partner of King & Spalding include not only the abovementioned Lockheed Martin, for which he had the F-22 project and some arms sales abroad funded, but also the private equity firm “Cerberus Capital Management”, led by John W. Snow, former Secretary of the Treasury under George H. Bush’s Presidency.

Currently Cerberus’ portfolio amounts to 100 billion Us dollars and the firm operates both in the secondary market of securities and in the real estate sector.

The aforementioned “private equity” firm also owns DynCorp, a private security company operating as a contractor for the US government.

DynCorp’s most recent contracts include the maintenance of logistical equipment and the military ground transmission network in Kosovo, as well as the aircraft management in some US Air Force bases.

In addition, and this is particularly interesting for us, DynCorp also works in the intelligence field, with training and certification programs for US public agencies. It also carries out data collection and independent analysis of said data on the ground, which it later provides to said agencies in exchange for consideration.

The privatization of intelligence services – a terrible future for State security – has already taken place, at least in the United States.

Finally, it is also worth noting that DynCorp owns GeoEye, an operator of earth observation satellites, almost entirely.

In 2013 GeoEye merged with DigitalGlobe.

Moreover, Dan Coats has been selected to represent the interests of the Ad Hoc Coalition for Fair Pipe Imports from China, a lobby and advocacy group of US steel producers against steel imports from China.

Coats also worked for the Lithuanian Achema Group, a group of companies mainly dealing with fertilizers which also owns a small but important media empire in its own country.

The new DCI also lobbied for the purchase of industrial training programs from the German Festo Group in Iraq, Saudi Arabia, Kosovo and Afghanistan.

In short, which direction will the US intelligence privatization take during Trump’s Presidency?

Just take a look at the most recent appointments.

The appointment of Joe Hagin, the deputy Chief of Staff for Operations, directly implies an important role for the company he founded, namely the Command Consulting Group (CCG).

David Cohen, the former CIA Deputy Director for Operations, is a partner of CCG, a company whose founders also include Steve Atkiss, former Chief of Staff of the US Customs and Border Protection and Ralph Basham, former Head of the “United States Secret Service” (USSS), which is the structure in charge of protecting the US President, Vice-President and high-ranking government officials.

That specific activity was led by Charles Seidel, a former official of the CIA Directorate of Operations.

There is also the old and powerful private intelligence company Booz Allen Hamilton, which has been collecting, processing and analyzing data for the DCI and the major military officers and US government officials for at least thirty years – although we do not know to what extent it is close to the new US President.

In Trump’s era, we must also study the future of CSRA Inc. – which has developed and manages the NSA whole classified data internal system and carries out intelligence support actions for the US Commands in Europe and Africa – as well as the future of SAIC, a military contracting company which has entered the lucrative privatized intelligence business by buying SCITOR, a company which is well-established in the Pentagon secret satellite system.

In this strange picture of US privatized intelligence services, reference must also be made to CACI International, which hit the headlines for having supplied the staff for the interrogations at the Abu Ghraib prison. Recently said company has bought the National Security Solutions and the Six3 Intelligence Solutions, which provided the targeting against the Taliban to the NATO forces in Afghanistan, and will shortly supply intelligence to the US forces arriving in Syria.

The total number of people used by the Department of Defense (DoD) amounts to 1.4 million, including 770,000 civilian employees, while the private contractors working for the US DoD employ approximately 750,000 people for intelligence and other military activities.

In Afghanistan, the US military staff envisaged for this year is around 8,000, but the “civilian” contractors will be at least 26,500.

According to some American journalists, approximately 70% of the budget for national intelligence is destined to private contractors and, with Trump’s Presidency, much of cybersecurity will be in private hands.

Hence if it is thought that intelligence is just a mere collection of individual sensitive and rare empirical data – as often happens in the US intelligence community – some privatization may be useful, considering the greater intrinsic flexibility of private companies compared to public bureaucratic structures.

Conversely, if we believe that intelligence services must not only collect – and use for media purposes – sensitive data which could not be acquired otherwise, but must mainly analyze said data with a strategic and geopolitical mind and perspective, the privatization of intelligence is both dangerous and useless.

Furthermore, if we rightly think that intelligence is a primary function of national interest, this privatization of intelligence services can be harmful because, also in this sensitive sector, a private enterprise wants above all to maintain and preserve its business indefinitely.

Moreover, “terrorism” is such a phenomenon as to provide material for an equally endless search of data and hotbeds.

Nevertheless, if we do not rethink, in a creative way, the cultural and political relationship between Islam and the West, between peaceful countries in the Muslim region and the “sword jihad” – and, finally, if we do not do wage credible “cultural wars” – jihadist terrorism will recur, according to the Hegelian category of “bad infinity.”

These are activities which cannot be entrusted to contractors, but rather to a political and strategic elite capable of rising up to future challenges and possibly not interested in making huge and quick profits.

As a Sunni Imam told to an agent of our intelligence services, “let us see one of your great men and we will be convinced you are right.”