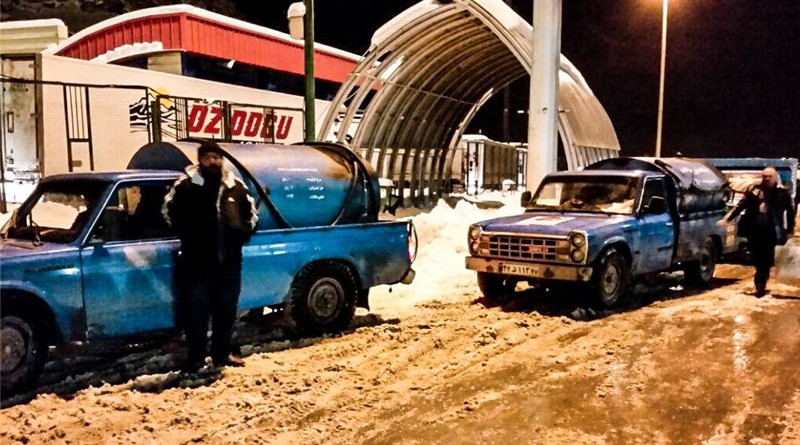 Iran’s position in the South Caucasus, a region it sees as a part of its historical interests, is coming under tremendous pressure. The 2020 Nagorno-Karabakh War underlined the need for Tehran to rapidly adjust its approach in light of Turkey’s and Russia’s growing power.

The November 2020 peace deal which ended the war between Armenia and Azerbaijan showcased Iran’s fragile position in the changing geopolitics of the South Caucasus. Tehran did not have enough power to influence the course of the conflict. In contrast, both Russian and Turkey shaped the outcome, hammered out a ceasefire agreement and dealt with its implementation. Russia’s new peacekeeping mission and the return of Turkish soldiers to the South Caucasus signalled Iran’s absence from the renewed great power competition in the region.

The conflict occurred against an unfavourable wider backdrop. Regional connectivity is a major weakness for Iran. Russia is pursuing the revival of Soviet-era railway lines from Azerbaijan to its exclave, Nakhchivan, and from Russia to Armenia. This would limit Iran’s influence over Azerbaijan. Since 1994, when the First Nagorno-Karabakh War ended, Azerbaijan has needed Iranian transit routes to reach its exclave – a dependency that might soon disappear. Yet there may be a positive dimension for Iran: the railway which will connect Armenia with Russia, via Azerbaijan, could be used by the Russians as a connection to Iran, in addition to the railway from Iran to Russia, via Azerbaijan, which is still under development.

Iran is particularly concerned about growing Turkish influence. The two countries cooperate over Syria and fight Kurdish separatists, but the growing Turkish clout along Iran’s northern border is seen as a major challenge. This has been a trend since the late 1990s when Turkish military and economic involvement with Azerbaijan gradually increased. Yet while Iran has little ability to prevent the growth of Turkish influence, it may be able to build a better understanding with Azerbaijan.

There is an undeniable ethnic dimension to Iran’s Azerbaijan policy. Tehran has historically been wary of Baku’s geopolitical ambitions, largely because of its subtle attempts in the early 1990s to use Iran’s Azerbaijani population for an irredentist agenda. At first, Tehran initially tried to pull post-Soviet Azerbaijan into its zone of influence. Trade relations, cultural exchange programmes and religious ties were developed, but ultimately Tehran deliberately distanced itself from Baku.

At the time, there were no political reasons for Iran’s leadership to adopt a closer relationship with Azerbaijan. Azerbaijan was experiencing a major surge in patriotic sentiment due to the war with Armenia, and this threatened to spread to the north of Iran, a region mostly populated by ethnic Azerbaijanis. Iran’s worst fears were often associated with the nationalistic then Azerbaijani president, Abulfaz Elchibey, who embraced pan-Turkic ideas and tried to reach out to ethnic kin in Iran. The ‘Greater Azerbaijan’ idea was developed in Azerbaijan. In response, Tehran supported Armenia by reportedly closing the border to Azerbaijani refugees and acted as Yerevan’s ‘lifeline’ for decades.

The 2020 Nagorno-Karabakh War has changed Iran’s perspective. Iranian religious leaders were more supportive of Azerbaijan, claiming that Karabakh and surrounding lands are inseparable parts of Azerbaijan. Furthermore, during the leg of his recent regional tour which aimed to promote regional cooperation, Iranian Foreign Minister Javad Zarif said he is happy to see that Azerbaijan has regained control over its occupied territories from Armenia.

In many ways, Iran’s change of perspective reflects the altered balance of power in its neighbourhood. Supporting Armenia would antagonise a strengthened Azerbaijan and drive it further into Turkey’s arm, potentially jeopardise the road and rail transit routes to Russia and complicate Iran’s position in the Caspian Basin. Tensions with Baku might also rekindle the idea of a Greater Azerbaijan. While some of these outcomes seem remote, poor relations with Baku make them more likely.

Iran is also worried about high-level military cooperation between Azerbaijan and Israel. Azerbaijan’s geographic position on Iran’s border makes it an ideal site for gathering strategic intelligence. Media sources claimed that Israel helped Baku to build electronic intelligence gathering stations along the Azerbaijani border with Iran in the 1990s. And in 2012, Mark Perry, writing in Foreign Policy, claimed that Israel had an arrangement with Azerbaijan allowing it to potentially fly sorties from the country.

For Iran, close Israel–Azerbaijan ties are a part of US efforts to stymie its position. And there is some substance to this view. In the early 1990s, Washington encouraged a triangular relationship between Turkey, Azerbaijan and Israel. The geopolitical model has partly worked. Azerbaijan and Israel continue to see their geopolitical relationship as vital to their security in the region. The deterioration of ties with Azerbaijan could thus complicate Iran’s position in the South Caucasus.

Iran’s evolving position towards Azerbaijan is linked to a wider regional and even Eurasian perspective. The Caspian Basin and the South Caucasus have now become inextricably linked to the Middle East. Russia and Turkey have increased their footprint in the region over the past decade and now consider the South Caucasus as a part of a greater geopolitical game that stretches from the Mediterranean to the Caspian. Iran cannot ignore this development and will have to adjust. In the longer term, this could raise the profile of the South Caucasus in Iran’s foreign policy calculus and put it closer to other theatres Tehran is involved in across the Middle East.

Iran has always been mindful of this regional perspective. Notwithstanding historical tensions in managing its interaction with Azerbaijan and Armenia, Tehran pursues a largely cooperative security strategy that covers all three South Caucasus countries, as well as Russia and Turkey. For instance, during the 2020 Nagorno-Karabakh War, Iran proposed an initiative to de-escalate tensions in the region and sent its deputy foreign minister of foreign affairs, Abbas Araghchi, to all the regional states.

And, indeed, Iran sees changes in the South Caucasus as a part of the changing global order. The 2020 Nagorno-Karabakh War could be seen in this context: a post-Cold War system of state relations, backed by US power, experiencing a fundamental change. During the recent conflict, the West remained an outside player, while Russia and Turkey played a pivotal role.

Geo-economics is a major consideration, particularly regional connectivity. Tehran’s positioning following the recent war will be affected by economic geography. Iran has pursued a port and railway development strategy which now forms a part of a bigger move to position itself as an interconnector to Indian, Chinese and Russian economic projects. In terms of the South Caucasus, the Eurasian Economic Union matters, and, for Iran, Azerbaijan is crucial to transit routes in the North–South economic corridor, stretching from the Indian Ocean to the Baltic ports. The Russian efforts to revive Soviet-era railways could turn Tehran into a major beneficiary as it will allow the expansion of trade ties with the region and Russia.

Iran is slowly adjusting to the changing realities in the South Caucasus. Much remains uncertain. How might Tehran be able to tip the balance of power in its favour? Building greater ties with Baku seems to be one way; proposing regional cooperation platforms might be another. But no matter its choice, Iran will face entrenched Turkish and Russian influence in the region.

This article was published by Rusi.org