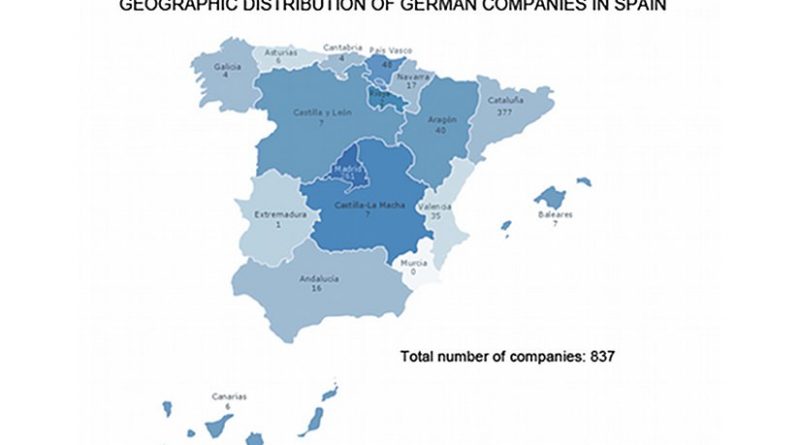 Germany is the fourth largest provider of foreign investment, as well as the country with the greatest number of subsidiaries in Spain, at 17 percent of the total. The German-Spanish investment relationship is detailed in a report by the German Chamber of Commerce, compiled in collaboration with the International Center for Competitiveness (ICC) at IESE.

German investments in Spain tend to be concentrated in key areas, and even more so in key regions of the country.

The automobile manufacturing industry is the main investment area, where Germany accounts for 44 percent of manufacturing and 67 percent of sales and repair. Electrical, gas, steam and wind energy supply is another major area, as are pharmaceuticals and wholesale commerce.

German subsidiaries in Spain account for nearly 14 percent of all jobs generated by foreign direct investment in Spain, with these jobs largely concentrated in manufacturing and commerce.

Regionally, meanwhile, Madrid and Catalonia attract more than two-thirds of gross investment flows accumulated since 1993, while in 2014 more than half of German investment was directed toward the Catalan capital.

Home » From Cars To Pharma: German Investments In Spain