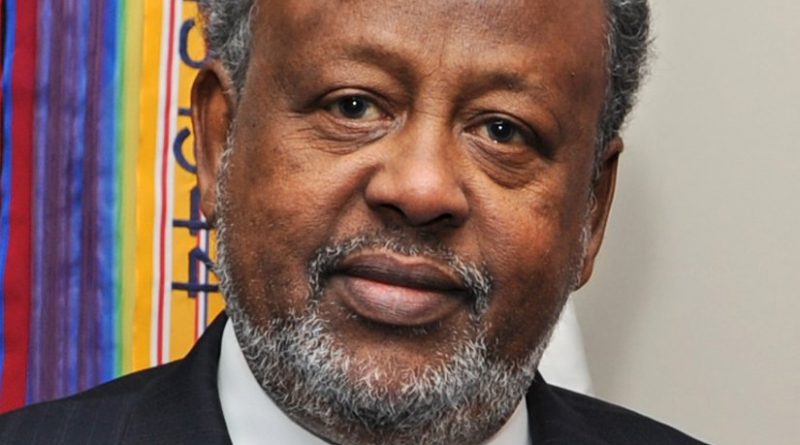 On July 6, 1189, after a period of armed revolt against his father Henry II, Richard the Lionheart ascended to the English throne.  Eighty-six years later, the first Statute of Westminster consigned the period prior to Richard I’s reign as “time immemorial,” or a time before legal history.  For the first time in the over eight centuries since English legal history began, an African head of state will appear before Her Majesty’s High Court of Justice in England.  The individual earning the somewhat dubious historical distinction is Ismaïl Omar Guelleh, the President of Djibouti.  Although he does not claim the divine right of kings that Richard did, he rules with an unquestioned power in his realm that rivals the authority held by any of England’s sovereigns.

The Republic of Djibouti has occupied an important position in the Horn of Africa, both geographically and politically.  Slightly bigger than the state of New Jersey, it is wedged up against the ocean by Ethiopia, Eritrea, and Somalia. However, this places it at the mouth of the Red Sea as it empties into the Indian Ocean, making it strategically important to the shipping lanes that pass by just off the coast.  It was part of the Land of Punt until becoming a French protectorate late in the 19th century, and finally gained independence in 1977.  In the almost four decades since, Djibouti has had only two presidents, with Guelleh being the second, in office since 1999.

The 67-year-old Guelleh (referred to colloquially by his initials IOG) has been criticized by many as a dictator hostile to human rights.  The United States Department of State recently released a 26-page report detailing human rights abuses under Guelleh.  The NGO Freedom House characterizes the country as “not free” in its latest report.  Allegations against the regime include arbitrary arrests, secret trials, restrictions on political gatherings, human trafficking, and genital mutilation, among others.  Despite calls to the contrary, the United States has largely ignored such abuses in favor of maintaining its lease for Camp Lemonnier, the US’s only base in Africa and a vital launch pad for combatting Somali pirates and terrorism in the region.

IOG’s uninterrupted reign as leader has been threatened most by the defendant in the aforementioned historic case, multimillionaire Abdourahman Mahamoud Boreh.  Mr. Boreh, formerly a friend and major financial backer of IOG, parted ways with him when the latter sought to amend Djibouti’s constitution, scrapping the two-term maximum for holding the office of president.  Having eliminated every one of his enemies in the two prior elections, this set the stage for IOG to become president for life.  Boreh’s opposition to the country’s increasingly autocratic leader was predictably not well received, leading to an unrelenting campaign of threats and character assassinations aimed at him, effectively driving him from the country.

Not content simply to exile him from the nation, IOG had charges brought before British courts, alleging that Boreh was involved in a particular terrorist act in Djibouti, which paved the way for his conviction in absentia and, more importantly, the freezing of US$110 million of his assets.  However, the case began to unravel when it was brought to light in a subsequent hearing that telephone records that were the primary evidence of Boreh’s alleged guilt were altered.  As a result, a partner in the firm representing IOG (one of the world’s most prestigious law firms) is now facing sanctions himself in connection with the altered records.  Following the loss of the legal battle, the government of Djibouti launched another case against Boreh, this time on corruption charges, for which IOG will travel to London to give a testimony. But more importantly for Djibouti is the fact that Boreh’s assets are now unfrozen and he is poised to mark a significant challenge to IOG in the 2016 presidential elections should he decide to run.

Although Boreh represents an obstacle to IOG’s continued rule, this hasn’t stopped the leader from cementing ties with China, which will do no favors for the US’s position in the country or for any improvements in human rights.  China’s checkbook diplomacy has already made it difficult for the United States – it cost the US nearly twice as much as before to renew the lease on Camp Lemonnier.  China’s investment in the continent has steadily risen over the past several years, and Djibouti has not been ignored.  Last year the two countries inked a security and defense agreement over the objections of the United States.  In addition, China spent US$185 million to buy a controlling share of the Port of Djibouti and promised another US$420 million in improvements to its facilities.

As China’s relationship with Djibouti has waxed, the United States’ has waned.  A report this spring by the Washington Post highlighted the worsening problems in the US-Djibouti relationship.  According to the report, the situation at Camp Lemonnier has deteriorated to the point that routine aircraft operations have become routinely dangerous.  Djibouti flight controllers have exhibited behavior ranging from negligent (sleeping, playing video games) to hostile (forcing an aircraft whose crew the controller felt displayed disrespect to circle the airport until almost out of gas).  The situation is exponentially worse due to the fact that the base shares both its runways with the country’s one international airport and with French and Japanese military flights.

Nobody can say precisely what the future holds for Djibouti – a continued dictatorial reign of the country’s strongman, a resurgence of democracy in an area where it is a stranger, or something else entirely, brokered by powers outside the country’s control.  Whatever the outcome, it will be felt far beyond the tiny country’s borders, even as far as musty English courtrooms, where events such as this have no parallel, and the Memory of Man runneth not to the contrary.

About the author:
Originally from London, James Lessons recently graduated from the University of Exeter with a degree in politics and international relations with a particular focus on the African region. He is currently working as a freelance research assistant and writer for a small economic risk consultancy.