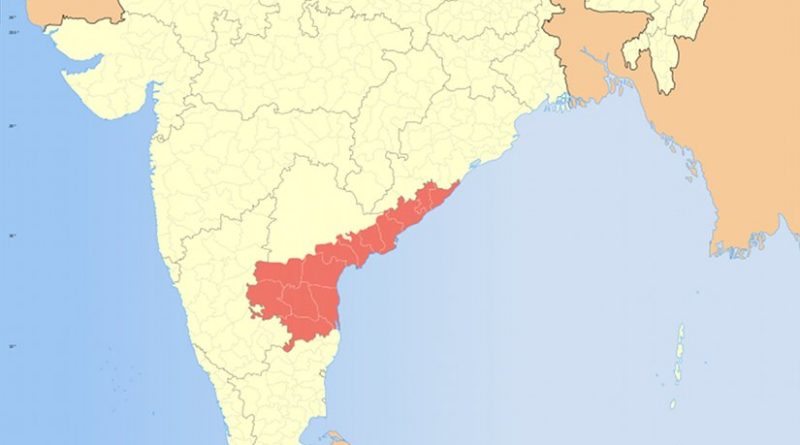 On September 22, 2019, at least five Communist Party of India-Maoist (CPI-Maoist) cadres were killed in an exchange of fire with Security Forces (SFs) near the Madigamallu-Kondajartha forest area close to Gummarevula village, near the Andhra Pradesh-Odisha Border (AOB) area, in Gudem Kotha Veedhi Mandal (administrative unit) in the Visakhapatnam District of Andhra Pradesh. The slain Maoists were identified as Ramesh, ‘divisional committee member (DCM)’; Bhuma, an expert in planting mines; Ajay, Bimala, and Budri, all three Dalam (armed squad) members from Chhattisgarh. Superintendent of Police (SP), Babujee Attada disclosed that the slain Maoists belonged to the Galikonda Dalam of the Maoists that operated in the AOB area. The exchange of fire took place when personnel of the elite anti-Maoist Greyhounds from Andhra Pradesh and the Special Protection Force (SPF) came face to face with the Maoists. SFs had launched combing operations in the agency area during the CPI-Maoist’s ‘Formation Week’ (September 21-27).

On August 19, 2019, two CPI-Maoist cadres of the ‘East Division squad’, which is led by Venkata Ravi Chaitanya aka Aruna, were killed by SFs at Mandapalli village under Gudem Kotha Veedhi Mandal in Visakhapatnam District. The identities of the slain Maoists are yet to be ascertained.

According to partial data collated by the South Asia Terrorism Portal (SATP), at least nine Naxalites have been killed in Visakhapatnam District in three incidents since the beginning of 2019 (data till September 29). Since March 6, 2000, when SATP started compiling data, the Visakhapatnam District has accounted for the death of 62 Naxalites [Let Wing Extremists] fatalities (data till September 29, 2019).

During the same period, the district recorded 19 SF fatalities in Naxalite-linked violence. Significantly, not a single SF fatality has been recorded in 2019 (data till September 29).

Evidently, the overall SF:Naxalite kill ratio in the District is overwhelmingly in favour of the SFs, at 1:3.2. In 2019, with no SF fatality, nine Naxalites have been killed.

The District recorded a total of 92 incidents of killing since March 6, 2000, out of which 11 were major incidents (each involving three or more fatalities). The last major incident prior to the September 22, 2019, incident took place on May 4, 2016, when three CPI-Maoist cadres were killed in an encounter with the Police in Marripakala Forest under Koyyuru Police Station limits in Visakhapatnam District, The deceased were identified as Gopal aka Azad, a senior leader of the CPI-Maoist ‘east division committee’ and ‘secretary’ of the ‘Galikonda area committee’; Jammuluri Venkata Rao aka Anand aka Chinniah, a senior leader of the ‘Galikonda area committee’; and Parvatakka aka Ramulamma, a dalam member.

Though violence levels in the District were never alarming, it has always remained under constant threat from the Maoists. It is one among 90 districts in 11 States that is considered affected by Left Wing Extremism (LWE), according to a Government release of February 5, 2019. More worryingly, according to the Union Ministry of Home Affairs (UMHA) data, Vishakhapatnam is the only District in Andhra Pradesh, which is among the ‘30 worst Maoist-affected’ Districts from seven States in the country.

Indeed, the Maoists were able to orchestrate an audacious attack, on September 23, 2018, gunning down Kidari Sarveswara Rao, a Member of the Legislative Assembly (MLA) from the ruling Telugu Desam Party (TDP) and Siveru Soma, a former MLA, also belonging to TDP, near Livitiput village in Dumbriguda Mandal in the Agency area of Visakhapatnam District.

One of the primary reasons for the Naxalites concentration in the District is its geographical location. The District is one of the north eastern coastal Districts of the State, bounded by Odisha in the north, Vizianagaram District in the east, East Godavari District in the south-west and Bay of Bengal in the south. A September 24, 2018, report citing an unnamed senior Police officer from the region, stated that Maoist leader Akkiraju Haragopal aka Ramakrishna aka RK had established a base in the Araku valley in Visakhapatnam, as the region is seen by the Maoists as a safe corridor between the Dandakaranya region in Chhattisgarh and the forests of Jharkhand. The report noted, “They [the Maoists] discussed the need to expand their battle zone towards the north and then to the east to create a corridor with their old battle zones of Odisha and Jharkhand.”

Importantly, the Dandakaranya area comprises Bastar, Dantewada, Jagdalpur, Konta and Sukma of Chhattisgarh; Visakhapatnam and Khammam of Andhra Pradesh; and Malkangiri, Koraput and some parts of Nabarangpur District in Odisha, areas that the Maoist long dominated – though there presence has been dramatically diluted over the past years.

More recently, according to a September 26, 2019, report, the Maoists were trying to consolidate their base in the two main divisions — the East Division (comprising the Galikonda Area Committee, covering the areas of Gudem Kotha Veedhi, Sileru and parts of Koyyuru) and MKVB (Malkangiri – Koraput – Visakhapatnam Border) Division. The East Division is headed by Venkata Ravi Chaitanya aka Aruna; MKVB is headed by Gajarla Ravi aka Uday, and includes the ‘Swabhiman Anchala’ (earlier cut-off region) in Malkangiri, Nandapur and Chitrakonda in Odisha and Pedabayalu, Gangaraju Madugula, and Nandapur, on the Andhra Pradesh side. To strengthen their base in the East Division, the Maoists reportedly merged the Kalimela Area Committee of neighbouring Odisha into the East Division, and renamed the division East-Malkangiri Division. Similarly, Nandapur in Odisha was merged into Pedabayalu to strengthen the MKVB Division.

The Maoists are now expanding their campaigns to terrorise civilians. An April 13, 2019, report revealed that two polling stations in the Araku Valley area of the Agency in Visakhapatnam District recorded zero voter turnout during 2019 State Assembly Elections. The Maoists had warned villagers that “if they see the ink mark, the finger would be chopped.” Araku Valley went to the polls in Phase 1 of the Assembly polls on April 11, 2019.

A July 2, 2019, report noted that as many as 23 persons from the Visakhapatnam Agency, belonging to the Particularly Vulnerable Tribal Group (PVTG), met District Collector Vadarevu Vinay Chand at the Collectorate, and sought protection from the CPI-Maoist.

According to Visakhapatnam, Superintendent of Police (SP) Attada Babujee, there is no local recruitment and no local tribals to head the area. The Maoists have to depend on Chhattisgarh cadres and outside leadership across the East Division.

The Maoists are struggling to maintain their influence in Visakhapatnam, by raising the issues such as bauxite mining and coffee cultivation. But these have fizzled out with the State Government cancelling the bauxite mining lease in about 1,520 hectares at Jarella in the Chintapalli Agency area in Visakhapatnam on September 26, 2019. The Coffee Board has also stepped in to secure a premium price for the coffee growers for their product and making all attempts to promote the brand internationally. Also, a centralised Coffee Processing Unit was setup on December 21, 2007, at Thuraiguda village in Araku valley in Visakhapatnam District, to ensure quality coffee production.

The Maoists will continue to look for opportunities and ‘causes’ to restore their dominance in an area which has been under their influence since the early Naxalite movement of the 1960s. The September 22, 2019, encounter is a major success in that direction, and the SFs need to continue their efforts to transform Visakhapatnam into a rebel free zone.