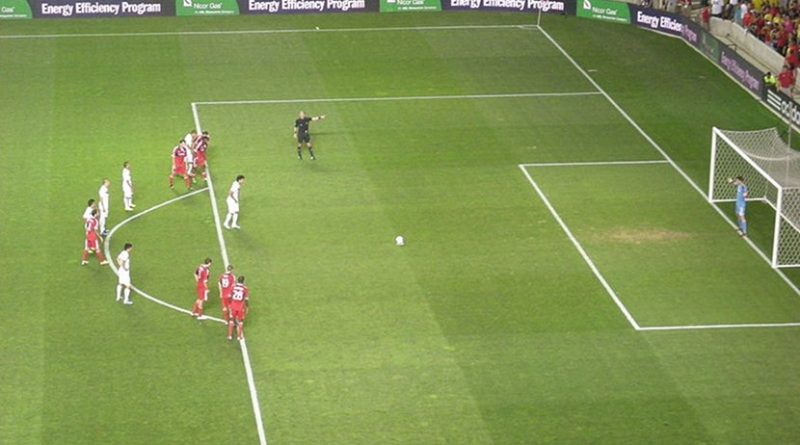 What’s at stake if you miss when your team is already trailing in a penalty shootout? Just ask Roberto Baggio of Italy’s national team, who was lionized in the press for his performance in the 1994 World Cup — until one key slip-up in the final penalty shootout against Brazil.

“I take that penalty with me always,” he told an Italian TV show no less than 20 years after the historic defeat.

Choking under pressure is very real. And in penalty shootouts, where an average of 75 percent of shots score goals, going second is a serious disadvantage. If the first kicker is successful, pressure is on the second kicker not to perform worse by comparison.

Yet this second-kicker disadvantage could be mitigated with a change in kicking sequence. The math of the possible pressure points, and other factors involved, interested Tom Vandebroek, Brian McCann and Govert Vroom as a topic of study. Using advanced mathematical modeling, they were able to create an extended tree diagram for all 1,024 possible situations for a five-round shootout and quantify the effects of several types of psychological pressure in terms of influencing the final outcome of a shootout. Their analysis also provides insights regarding the optimal placement of a star kicker.

In this model, team advantage is calculated based on the empirical fact that playing catch-up is psychologically more difficult in shootouts. With their approach, these researchers appear to be the first to be able to calculate that a new penalty shootout proposal, already being tested by the English Football League (EFL), reduces the first-kick advantage by a resounding 74 to 85 percent when there is a lagging-behind effect in play.

The new rule proposal follows the tennis tie-breaker model. That is to say, after the first team kicks (team A), the second team (team B) gets to kick twice. The pattern looks like ABBA ABBA for the first four rounds of kicks (compared with ABAB ABAB in the standard rules). As of fall 2017, there have only been a few test matches, but the proposal is supported internationally by FIFA. Another important discovery is that there are even fairer ways to structure shootouts in soccer than the ABBA sequence currently being tested in play. Vandebroek, McCann and Vroom test a more complex sequence, so-called Prouhet-Thue-Morse, and find that it reduces first-mover advantage even further.

Well, there will always be one team that gets an edge by going first. But after that, research can level the playing field as much as possible.

Published in the Journal of Sports Economics, this article presents a formal model of soccer penalty shoot-outs to determine the links between psychological pressure and first-mover advantage. With their model, the authors show that this relationship varies according to the specific rules governing the shoot-out and the nature and magnitude of the pressure. They, essentially, provide a tool allowing for quantification of the effects of pressure on first-mover advantage according to these specific circumstances.

The authors gratefully acknowledge the financial support of the Spanish Ministry of Economy and Competitiveness (Project ECO2015-71173-P) at the Public-Private Sector Research Center at IESE.

Home » Soccer Penalty Shootouts: How To Reduce An Unfair Advantage By 74 To 85 Percent

By Katharina R. Lestari A hunt is underway in Indonesia for suspected Islamic State-linked terrorists who killed four Christians in