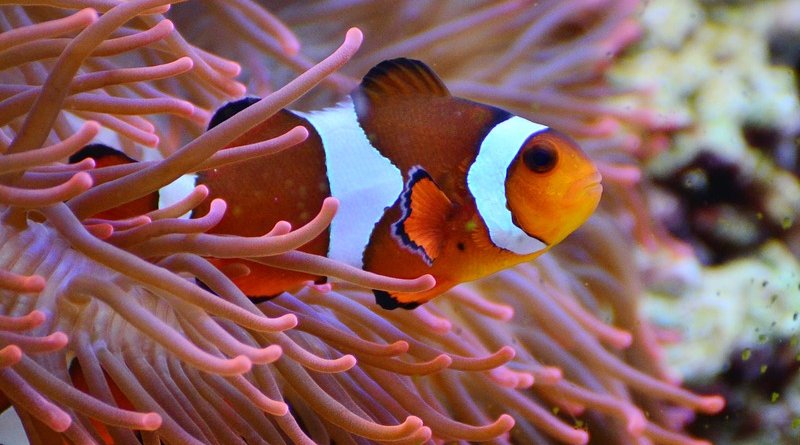 The beloved anemone fish popularized by the movies “Finding Nemo” and “Finding Dory” don’t have the genetic capacity to adapt to rapid changes in their environment, according to a new study by France’s National Centre for Scientific Research (CNRS), Woods Hole Oceanographic Institution (WHOI) and colleagues. Their findings were published in the journal Ecology Letters.

An international team of researchers monitored clownfish in the lagoons of Kimbe Bay–a biodiversity hot spot in Papua New Guinea–for more than a decade. Using genetic analysis of the population’s DNA, the researchers were able to calculate their potential to adapt to habitat changes and renew their population. They found that big families of clownfish that extended over many generations were linked to high-quality habitats, rather than to shared genes.

“The findings reported here were made possible by a huge sampling and DNA sequencing effort that had not been attempted for any marine species before,” says WHOI biologist Simon Thorrold, a coauthor of the paper. “The biggest surprise to us was also the most troubling: conservation efforts cannot rely on genetic adaptation to protect clownfish from the effects of climate change. It seems that Nemo won’t be able to save himself.”

The quality of the anemone that provides a home to clownfish contributes significantly–on average 50 percent–to its ability to survive and renew its population. If high-quality anemones remain healthy, the clownfish population will persist. However, if the anemones and coral reefs they call home are impacted by climate warming, the clownfish are in trouble.

“Nemo is thus at the mercy of a habitat that is degrading more and more every year,” says Benoit Pujol, an evolutionary geneticist at CNRS. To expect a clownfish to genetically adapt at pace which would allow it to persist in the lagoons would be unreasonable, and thus the ability of these fish to remain in the lagoons over time will depend on our ability to maintain the quality of its habitat.”

The U.S. Supreme Court will not save us. It doesn’t matter which party gets to pick the replacement to fill Justice