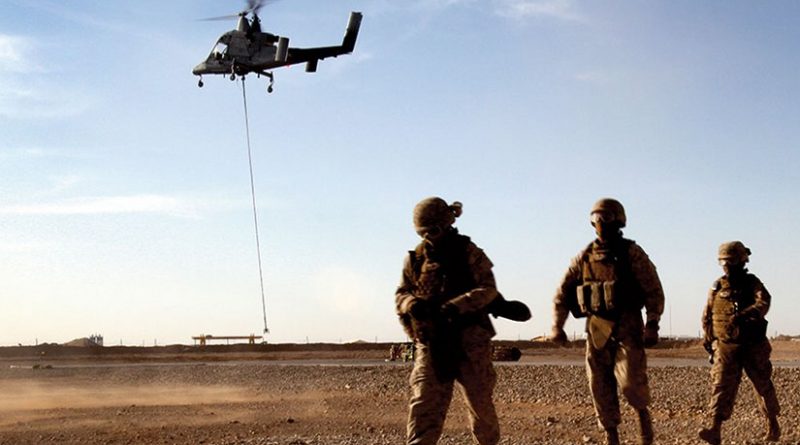 The Afghanistan Papers (611 documents summarizing interviews of key US and British officials) released recently by the Washington Post have exposed successive US Administrations, from that of George W Bush onwards, hiding the truth, especially from the American public, that they were in the quagmire of an unwinnable war.

But then witness, for example, top US officials testifying at Congressional hearings about the fictitious nuclear programme of Iraq, used as the excuse to invade that country. However, the continued duplicity of Pakistan and the fact that it would never give up on terrorism was grossly ignored.

The Afghanistan Papers apart, numerous scholars, journalists and counter-terrorism experts in the US and Afghanistan have periodically reported intimate links between the Haqqani Network and Taliban and the Pakistani military, and that the real problem lay inside Pakistan.

Michael Hughes wrote in Huffington Post on July 6, 2010, “Nine years, nearly $300 billion dollars and 1900 dead coalition soldiers later, the US has officially verified that the entire war effort has been focused on the wrong side of the mountains”.

Despite this ‘officially verified’ indicator, Pakistan was left to its machinations, including sheltering Osama bin Laden and Mullah Omar. How much of the billions of dollars pumped into the war in Afghanistan was wasted by way of corruption was also ignored.

Now the US media is questioning what America has achieved from the war, having pumped in over $2 trillion into Afghanistan: $1.5 trillion spent on war; $500 billion on interest; $87 billion to train the Afghan military and police; $24 billion on economic development, and $10 billion on counternarcotics?

Despite such enormous expenditure, the number of Afghan National Security Forces originally planned to be maintained always could not be achieved, while the counternarcotics campaign was never enforced effectively, by default or design. As per the US Department of Defense, nearly 2,400 American service members have been killed since the start of US military operations in Afghanistan in 2001 up to mid-2019.

The irony has also been the frequent policy shift of US deployment in Afghanistan, not only by way of pullouts and reinforcements, but also vacating bases that the Taliban occupied and then trying to re-deploy in the same area. It is for such reasons that the Helmand region, bordering Iran, has become a Taliban stronghold.

US President Donald Trump’s surprise visit to Bagram in Afghanistan for Thanksgiving, to be with the US troops and powwow with Afghan President Ashraf Ghani, was perhaps the catalyst for Afghanistan’s Independent Election Commission (IEC) for finally releasing preliminary results of the presidential election on December 22, despite the election being held on September 28.

Why the results were held up for so long remains ambiguous. Ghani appears to be the winner, having won 50.64% of the votes compared to his closest rival, Chief Executive Abdullah Abdullah, who won 39.52%. Abdullah’s office has however issued a statement saying, “We would like to make it clear once again to our people, supporters, election commission and our international allies that our team will not accept the result of this fraudulent vote unless our legitimate demands are addressed.”

This indicates continued political strife in Afghanistan. Abdullah had protested the presidential election results in 2014 also, but this time the difference in vote share secured being large, Ghani appears set for the next presidential term. Ghani and Abdullah are both Pashtuns but, irrespective of who is the next President of Afghanistan, it does not change the situation on the ground.

The Taliban are adamant to not have any truck with the Afghan government and, in fact, aim to overthrow them and take control of Afghanistan.

Zalmay Khalilzad, America’s Special Representative for Afghanistan Reconciliation, is trying every trick possible to rope in the Taliban, but is unlikely to succeed with Pakistan continuing its duplicitous game sitting in the lap of Beijing.

Trump’s exhortations that the Taliban are under pressure and desperate to have a deal can hardly fool the American public any more. The converse is actually the case. With the Taliban sitting pretty and supported by China, Russia, Pakistan and Iran directly or indirectly, the ball is in America’s court.

Logically, the US should hit out at the support to the Taliban and Haqqani Network emanating from within Pakistan but, given Trump’s unpredictability, what his next move would be remains a question mark. Within the US, efforts of the Democrats to impeach and send Trump packing will not work because they just do not have the required votes in the Senate.

In fact, there is speculation that it will backfire and strengthen Trump’s chances for a second presidential term. Logically, the US must continue a credible presence in Afghanistan, given that a pullout would result in the possible fall of Kabul to the Taliban and capitulation of the Afghan National Army in some areas.

However, Trump will be under pressure at home, with disclosures like the Afghan Papers and his pre-election promise, to end the war in Afghanistan before his present term ends.

A complete withdrawal from Afghanistan will be catastrophic for the US but Trump may resort to pulling out few thousands before the US election and later weigh reinforcements when he secures his second term. After all, while outlining his policy on Afghanistan in a televised speech from Fort Myers in Virginia on August 21, 2017, Trump had said “it would be counterproductive to announce dates intended to begin or end military options, numbers of troops or our plans for further military activities.”

*About the author: The author is an Indian Army veteran