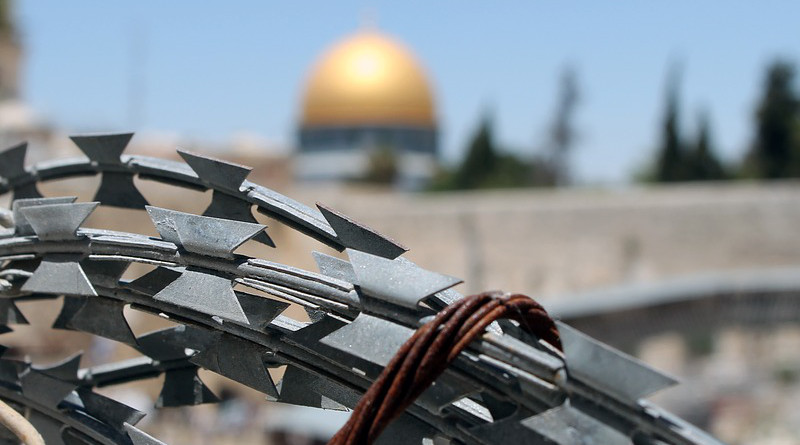 The idea of a two-state solution to the Israeli-Palestinian conflict developed gradually in the years after Israel captured the West Bank and Gaza Strip in the 1967 Arab- Israeli war. This product highlights the evolution of this idea. In 2002, U.S. policy became explicitly supportive of creating a Palestinian state alongside Israel. Since then, unsuccessful negotiating efforts and other developments have led many observers to doubt the viability of a two- state solution.

Analysts debate whether the Trump Administration’s 2020 release of the Administration’s Vision for Peace will help or hinder the parties in resolving core issues of dispute (security, borders, settlements, Jerusalem, Palestinian refugees). The plan sets some arguably difficult preconditions for a future Palestinian state, and could permit Israeli annexation of some West Bank areas—primarily Israeli settlements and the Jordan Valley.

Shortly after the 1967 Arab-Israeli War, the U.N. Security Council adopted Resolution 242, which supported future negotiations involving the Israeli return of captured territories in exchange for peace with Arab states (the “land-for-peace” principle). The U.S.-brokered 1978 Camp David Accords between Israel and Egypt had provisions addressing Palestinian aspirations for self-rule. The Accords anticipated transitional Palestinian autonomy in the West Bank and Gaza accompanied by Israeli-Palestinian peace negotiations.

Initially, the prevailing U.S. and Israeli view was that autonomy would not necessarily lead to statehood. Yet, U.S. officials began more seriously contemplating that peace talks could lead to a Palestinian state after Yasser Arafat’s Palestine Liberation Organization (PLO) signaled its willingness to negotiate with Israel in the late 1980s and early 1990s.

That timeframe coincided with the first Palestinian intifada (or uprising), which raised widespread concern in Israel that political control over the West Bank and Gaza was unsustainable. Political space opened for a diplomatic process anticipating territorially contiguous Israeli and Palestinian states that would share close commercial ties, opening the way to the Oslo agreements of 1993-1995 (see timeline below) and the accompanying peace process.

1993: Israel-PLO Declaration of Principles (Oslo Accord) signed in Washington, DC

1994: Palestinian Authority (P A) created via Gaza-Jericho Agreement signed by Israel and the PLO in Egypt. Israel-Jordan peace treaty

After the initial Oslo process ended in 2000 without a peace agreement, Israeli public opinion grew wary of diplomatic compromise, especially with a second intifada and attacks inside Israel from the West Bank and Gaza. Israel’s emphasis on security measures grew—focused both on protection (building walls and fences) and prevention (expanding Israeli military and intelligence operations in the West Bank and around Gaza)—and contributed to Palestinian economic difficulties.

Additionally, the numbers of Israeli settlers in the West Bank and East Jerusalem had steadily increased over time, making the prospect of cleanly separating Israeli and Palestinian populations more complicated and politically charged.

The principle of a two-state solution mediated by the United States and supported by neighboring Arab states was the basis for subsequent rounds of Israeli-Palestinian negotiations in 2007-2008 and 2013-2014. This was the case despite the post-2000 changes mentioned above, the emergence of other global and regional powers, and heightened political unrest in surrounding Arab states. Both rounds of negotiations ended without an agreement, leading Israel and the Palestinians to pursue leverage over each other on the ground (sometimes violently) and through international politics and trade.

Meanwhile, domestic pressure mounted on Israeli and Palestinian leaders to consider alternatives to a negotiated solution. Some Israelis have advocated partial annexation of Israeli-controlled areas in the West Bank, and some Palestinians have sought one state with equal rights for Israelis and Palestinians. Some observers have contemplated that a conflict-ending agreement might not happen, thus leaving the parties stalemated and the Palestinians with few political rights.

2007-2008: Bush Administration facilitates the Annapolis talks between Israel and the PLO; no agreement reached

2011: Unrest breaks out across Arab world, including Syria

Challenges to the Peace Process (2014- Present)

In this environment, the United States and a number of international actors apparently downgraded their goal from reaching a peace agreement imminently to preserving the peace process until conditions for talks were more favorable.

Reflecting this objective, U.S. officials focused on bringing Israel closer to Arab states because of their common concerns about Iranian regional influence, and then using those improved ties to encourage Arab states to persuade the Palestinians to accept less domestically popular outcomes.

The Trump Administration has taken a number of actions that the PLO strongly opposes, including the release of its Vision for Peace (see timeline below). In response to U.S. actions and in anticipation of possible Israeli annexation of West Bank areas, the PLO/Palestinian Authority (PA) has ceased diplomatic contacts with the United States, denounced U.S.-Israeli moves as violating the Oslo agreements, sought help from other international actors on the peace process, ended most security coordination with Israel in the West Bank, and warned of disbanding the PA.

2016: Congress enacts Trade Facilitation and Trade Enforcement Act of 2015 (P.L. 114-125), with a provision similar to the one enacted in P.L. 114-26; President Obama issues a signing statement saying that the provision’s application to settlements is not in line with U.S. policy

United States abstains in vote on U.N. Security Council Resolution 2334, which holds that Israeli settlements are contrary to international law

2018: United States opens embassy to Israel in Jerusalem, substantially reduces bilateral aid for the Palestinians, ends contributions for U.N. Relief and Works Agency for Palestine Refugees in the Near East (UNRWA), and mandates the closure of the PLO office in Washington, DC

2019: President Trump recognizes Golan Heights as a part of Israel

Secretary of State Michael Pompeo announces, as a contrast with some past Administrations’ statements or legal findings, that Israeli West Bank settlements are “not per se inconsistent with international law”

New Netanyahu-led government in Israel has a mandate to annex some parts of the West Bank after July 1 in coordination with U.S. officials

*About the author: Jim Zanotti, Specialist in Middle Eastern Affairs

Home » Israel And The Palestinians: Chronology Of Two-State Solution – Analysis