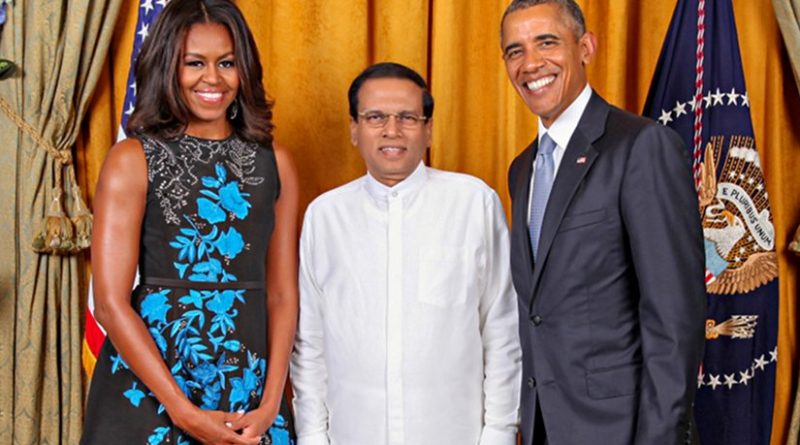 According to the Sri Lanka government, Obama made these remarks Sept. 28 at a meeting with President Sirisena while participating in the 70th session of the UNGA.

President Obama expressed his appreciation about the changes occurred in Sri Lanka under the new government.

Additionally, when Sirisena requested for assistance for poverty alleviation, the US President stated his government will extend fullest assistance to Sri Lanka in that regard.

UN Secretary General Ban Ki Moon, at his meeting with President Sirisena on Saturday (Sep. 26) stated that President Maithripala Sirisena has won the grace of world leaders today because he is leading the country towards a correct path. He wished well for President Sirisena’s programs to achieve this objective.

President Sirisena also met the President of New Zealand John Key. The New Zealand President said more investors will be encouraged to invest in Sri Lanka. They also discussed the ways to strengthen bilateral relations between the two countries.

The anti-Lukashenka protests remain peaceful, but the increasingly harsh response of the regime is radicalizing the views of many taking