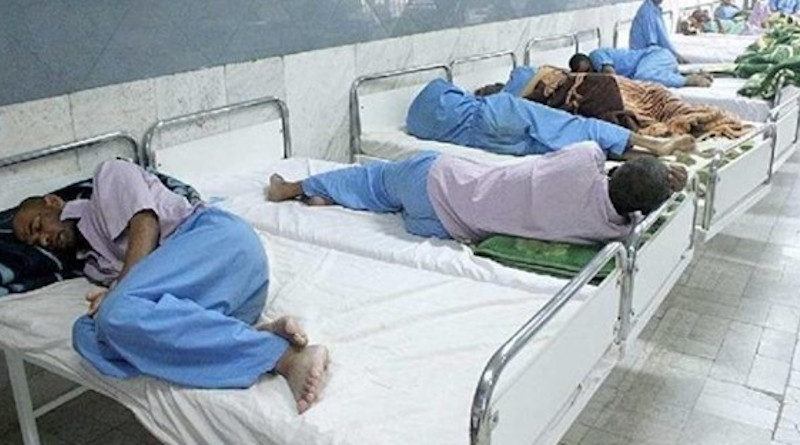 Following the transfer of at least two Iranian political prisoners to psychiatric hospitals, a lawyer said today that his client was also forcibly transferred to a mental hospital.

Iranian attorney Saeed Dehghan said this was a “new project” by the regime’s security institutions to control and restrict detained civil rights activists and political prisoners.

“One of my clients was forcibly hospitalized in a psychiatric hospital,” he tweeted today without mentioning the name of the political prisoner because “his family did not agree to his name being made public”.

Before this, Iranian political prisoners Behnam Mahjoubi and Kianoush Sanjari were forcibly transferred to mental hospitals.

In recent years, security forces have forcibly transferred many political and civil rights activists to psychiatric hospitals. The most recent case was detained Dervish Benham Mahjoubi. His wife said that after he suffered seizures and half of his body became paralyzed because his medication was not given to him, he was taken to Amin Abad psychiatric hospital.

Mahjoubi was detained in Evin Prison on June 20. The prisoner of conscience was beaten by other prisoners and went on hunger strike in protest to the attack.

Kianoush Sanjari, a student activist, revealed in August that he was forcibly taken to a psychiatric hospital six times while serving his sentence last year where he was given “electric shock treatment”.

Other political prisoners who were taken to psychiatric hospitals include Hashem Khastar, a retired teacher and union member, Saha Mortezai, an elite student, and Hengameh Shahidi, a journalist.

Transferring prisoners to mental asylums is a common method of suppression used against political prisoners in some countries including Russia.