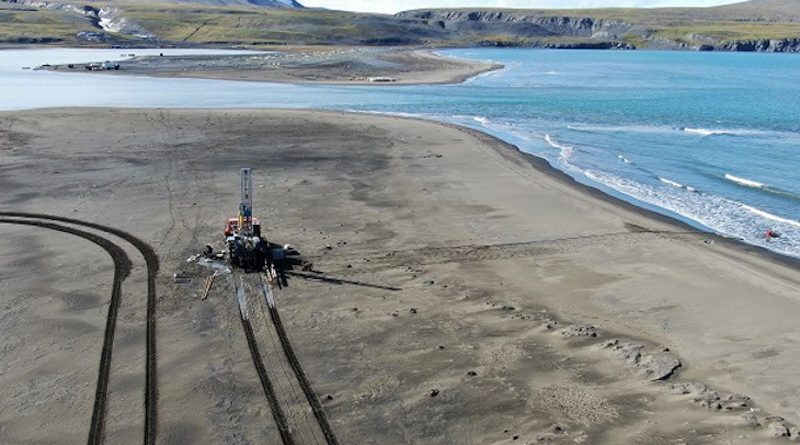 Russian President Vladimir Putin has signed an executive order, On the Strategy for Developing the Russian Arctic Zone and Ensuring National Security until 2035, which foresees the construction of at least five new nuclear-powered icebreakers of the Project 22220 series, and three of the Project 10510 series. The vessels are needed to ensure year-round navigation along the Northern Sea Route.

Project 10510, also known through the Russian type size series designations LK-110Ya and LK-120Ya or the project name Leader, will supersede Project 22220 icebreakers as the largest and most powerful in the world.

The executive order, which was published on 26 October, also states that Russia will have 16 rescue and tug-rescue vessels of various capacities, three hydrographic and two pilot ships.

With a length of 173.3 metres, a width of 34m and a displacement of 33.5 thousand tonnes, the Project 22220 vessels are currently the world’s biggest nuclear-powered icebreakers. One fuel load for a RITM-200 unit is equivalent to 540,000 tonnes of Arctic diesel fuel, it said, with fuel reloads required once every seven years.

The Leader vessels have a capacity of 120 MWe, a speed of 22 knots (in clear water), a displacement of almost 70,000 tonnes, a length of 209m, a width of 47.7m, and a maximum icebreaking potential of 4m. Each carries two reactors of the RITM-400 type; a steam turbine unit with four 37-MW turbine generators, and an electric propulsion system with four propeller motors of 30 MW each.

These icebreakers will guide vessels from hydrocarbon deposits in the Yamal and Gydan peninsulas and from the shelf of the Kara Sea to markets in the Asia-Pacific region.

In April, Rosatom subsidiary FSUE Atomflot and shipbuilder Zvezda LLC signed a contract on the construction of the Leader nuclear icebreaker. Part of Project 10510 and the first LC-110 icebreaker to be built, Leader will be capable of breaking through ice more than 4.5 metres thick.

Russian state nuclear corporation Rosatom said the decree also enables the development of the Pavlovskoye lead-zinc deposit on the South Island of the Novaya Zemlya in the Arkhangelsk region. This will include modernisation of the seaport, development of transport infrastructure and the shipbuilding industry.

The Pavlovskoye project is being implemented by JSC PGRK, which is part of Rosatom’s mining subsidiary ARMZ.

“By investing in Novaya Zemlya, we solve several problems,” Igor Semyonov, executive director of JSC PGRK, said. “We create competitive products manufactured using the most modern and environmentally friendly technologies, and we develop a comfortable environment for human life in high latitudes. According to the design specifications, Pavlovskoye will become one of the largest lead and zinc producers in Russia.”