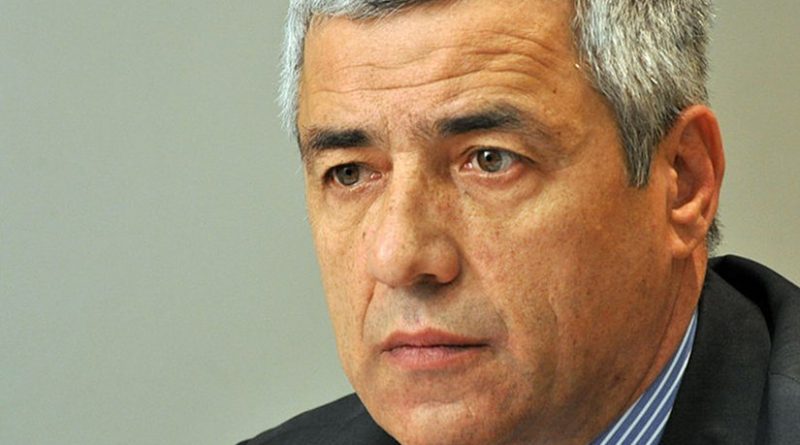 Oliver Ivanovic is today a political prisoner being held as a result of an unholy – and rather short-sighted – alliance between the internationals, Belgrade and the current Kosovo Albanian leadership.

On January 21, judges of the European Union Rule of Law Mission (EULEX) in Mitrovica declared Kosovo Serb political activist, Oliver Ivanovic, guilty of “war crime against the civilian population”, while acquitting him of murder, inciting murder or attempted murder. Presiding Judge, Roxana Comsa, found that Ivanovic – while not a leader of the “Bridge Watchers” – had “known” that an “operation of expulsions and killings of Albanians was under way” in north Mitrovica and “willingly complied” – apparently by not acting to prevent it. The judges reached their decision on the basis of the suspect and sketchy testimony of a few “witnesses” in a trial 14 years after events that occurred in the context of NATO bombing and widespread ethnic violence. The court sentenced Ivanovic to nine years – he was originally arrested in 2014 and released into house detention last September – and carried him back to prison on January 28. The prosecution, trial and renewed imprisonment were politically-motivated and carried out to serve the interests of the Europeans and Americans left holding the Kosovo bag as well as a Serbian government eager to wipe Kosovo Serbs off its shoes. The whole affair raises grave doubts about rule of law in Kosovo.

The facts need to be made clear:

This last point seems to be the nub of Ivanovic’ problem. Apparently no one wants the Kosovo Serb community to have a strong leader able to work for practical solutions to practical issues. The Kosovo Albanians probably still just hope that over time the northern Serbs will depart. (Indeed, Serbs have begun to leave the north.) EULEX wanted to arrest a prominent Serb to balance its belated efforts to deal with past and present abuses on the Kosovo Albanian side. Oliver Ivanovic was an easier target than the still at-large local radicals who bedeviled all efforts at peaceful change and therefore were loved (and feared) by their community. Arresting them would have led to thousands onto the streets rather than the handful that have come out for Oliver.

Belgrade too preferred – and apparently still does – Oliver off the stage. The Serbian government wants more than anything to move forward on EU membership and sees Kosovo Serbs as both ultimately dispensable and meanwhile a stick to use to beat Pristina. For their purposes, they want Kosovo Serb complacent “leaders” who will do what they are told and remain content with what they can rip-off through double-dipping and petty corruption. It was Belgrade that reportedly suggested to the international prosecutors that they take Ivanovic when they were looking around for a Kosovo Serbian head to take.

It is harder to understand why the US and the smarter Europeans let EULEX throw Oliver out the window. Certainly, the Americans understand by now that turning over Kosovo to the Albanians has not produced the sort of outcome they can now declare a success and leave safely behind. The Kosovo Serb community – empowered by the various provisions derived from the Ahtisaari Plan and properly led – could provide an important leavening element within the context of the fragmented Kosovo Albanian political spectrum. It would also be the only way to ensure the survival of a multi-ethnic Kosovo. The internationals should be working with Oliver not imprisoning him. The US is key here because the Europeans are so feckless. The Americans should prevail on EULEX to stop shooting them in the feet.

Of course the Americans seem to have a preference for complacent leaders too. They have long supported Hashim Thaci – mediocre at best and quite possibly deeply compromised – over the far more capable and pragmatic Ramush Haradinaj. Haradinaj has lately been flirting with the more radical fringe perhaps because the US and EU continue to threaten him with re-arrest. But he is genuinely popular as well as being independently minded. I’d bet that Ramush and Oliver would work quite well with each other.

Oliver Ivanovic is today a political prisoner being held as a result of an unholy – and rather short-sighted – alliance between the internationals, Belgrade and the current Kosovo Albanian leadership. (Interestingly, the internationals have let a former KLA leader and local mayor, Sami Lushtaku, regularly violate his detention conditions on spurious health claims, despite having been handed an even more lengthy prison term.) Ivanovic deserves to be freed on moral grounds but also because the people of Kosovo – and all who want to see the country succeed – need him to be able to play his part in political developments. If the case must proceed through appeal, then he should be released immediately into house arrest as Ivanovic has clearly demonstrated he is not a flight risk and is determined to clear his name.

*Gerard M. Gallucci is a retired US diplomat and UN peacekeeper. He worked as part of US efforts to resolve the conflicts in Angola, South Africa and Sudan and as Director for Inter-American Affairs at the National Security Council. He served as UN Regional Representative in Mitrovica, Kosovo from July 2005 until October 2008 and as Chief of Staff for the UN mission in East Timor from November 2008 until June 2010. He has a PhD in political science, taught at the University of Pittsburgh, University of Arkansas, George Washington University and Drake University and now works as an independent consultant.