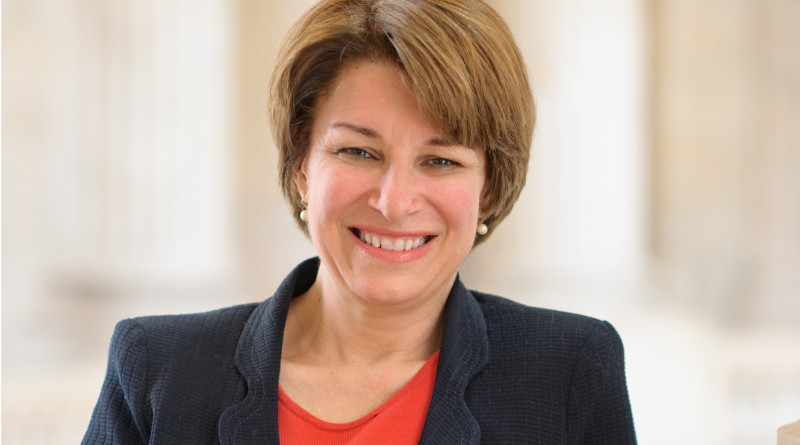 Her decision came a day before Super Tuesday, when voters head to the polls in 14 states.

Klobuchar, from the Midwestern state of Minnesota, positioned herself as a practical pragmatist in the Democratic presidential nomination race, adopting decidedly moderate positions on several issues, including opposition to a government takeover of health care insurance in the United States.

But despite a brief surge in political surveys, she did no better than third-to-sixth-place finishes in the first four state nominating contests last month. Pre-election surveys for Super Tuesday voting showed her ahead only in her home state.

Her aides said she would endorse Biden in a Monday night speech in Dallas, Texas. Biden swept to his first primary election victory in three runs for the U.S. presidency on Saturday, a convincing win in South Carolina.

Polling shows Biden winning seven of the 14 states voting Tuesday, with Sanders coming out on top in six states. Minnesota is now uncertain with Klobuchar’s withdrawal. But Sanders is far ahead in California, the most populous state in the U.S. and the biggest prize in Tuesday’s voting.

A total of 415 delegates to July’s National Democratic Convention are at stake in California, which could give Sanders a substantial edge in the race for delegates no matter how many other states Biden might win in the Tuesday balloting. Candidates are awarded pledged convention delegates based on their vote counts in the state-by-state elections, but get none if they do not win at least 15% of the vote.

But Biden is already pressing his case that Sanders at the top of the Democratic ticket would prove a disaster in some parts of the country for other Democratic candidates in the November election.

“I think there’s an awful lot of people who are running for office who don’t want to run with Bernie at the top of the ticket as a self-proclaimed socialist,” Biden said in an interview with CBS News.

As he dropped out, Buttigieg, the first openly gay presidential candidate in the U.S., said he had made what he called the “difficult decision” to exit the contest.

He promised to do “everything in my power” to see a Democrat take over the White House next January. Buttigieg said he hopes he sent a message to every kid who is “marked as different,” showing them they can become a leading presidential candidate “with his husband at his side.”

Buttigieg finished a disappointing fourth in the South Carolina primary, winning no delegates.

His campaign had gotten off to a strong start with a narrow win in the Iowa caucuses, and a close second-place finish in the New Hampshire primary. But he struggled to compete for support among moderates with Biden, who had far greater support among African American voters.

Biden called Buttigieg’s candidacy a “historic trailblazing campaign,” while Bloomberg said the Buttigieg campaign made the Democratic Party “stronger, and our nation better.”