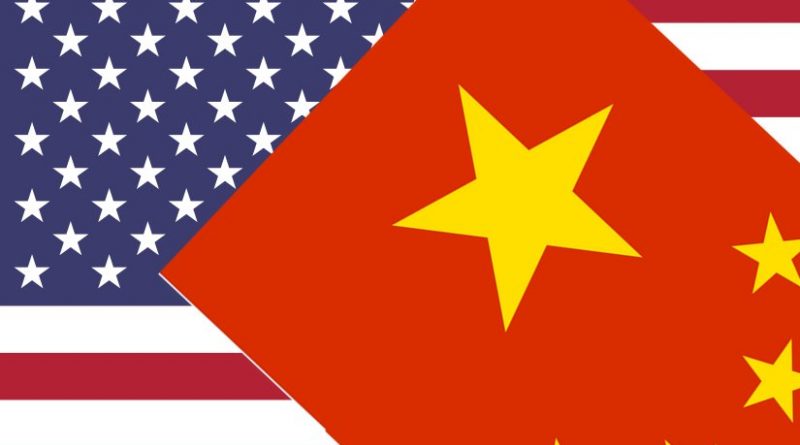 Blind activist Chen Guangcheng on Wednesday left the U.S. Embassy in Beijing, where he had sought sanctuary from persecution by local officials, after receiving guarantees he could live safely in China, U.S. officials said.

But Chen appeared to have had second thoughts a few hours after he was escorted by embassy officials to a hospital in the Chinese capital where he was reunited with his family and began receiving medical treatment for injuries suffered during his dramatic escape from house arrest in his Shandong province.

While the United States and China claimed the 40-year-old legal campaigner left the embassy on his own free will following a complex arrangement over his safety with Beijing, his friends said Chen was forced to accept the deal after his family was threatened with reprisals by the Chinese authorities.

And Chen himself told the Associated Press and CNN in separate interviews from his hospital bed that he feared for his life and wanted to leave China.

“He wants to leave and he wants to leave as soon as possible. He’s made this appeal directly to President Barack Obama himself,” a CNN reporter said on air after speaking to Chen by telephone.

According to CNN, Chen said that while he was in the U.S. Embassy he was not given the full story. He has since spoken to his wife who told him she was mistreated by Chinese authorities and they now feared for their safety.

Chen told the Associated Press that U.S. officials told him the Chinese authorities would have sent his family back to his home province if he remained inside the embassy.

He added that, at one point, the U.S. officials told him his wife would have been beaten to death.

“I think we’d like to rest in a place outside of China,” Chen said, appealing again for help from U.S. officials. “Help my family and me leave safely.”

U.S. State Department spokeswoman Victoria Nuland said in a statement that no U.S. official spoke to Chen about physical or legal threats to his wife and children.

The Chinese also did not relay any such threats to American diplomats, she said.

But Nuland said that the Chinese authorities intended to return Chen’s wife and children to their home province of Shandong, where they had been detained illegally and beaten by local officials angry over Chen’s campaigns to expose forced abortions, and that they would lose any chance of being reunited.

Under a bilateral arrangement struck in behind-the-scene talks to end the six-day crisis, Washington said China agreed to let Chen and his family be relocated to a safe place in China where he could study at a university and that his treatment by local officials would be investigated.

Chen, who fell foul of local authorities by exposing forced abortions and sterilizations under China’s “one-child” policy, said he never asked to leave China or for asylum in the United States.

But at the hospital, after reuniting with his wife, daughter, and son, Chen had second thoughts and wanted to leave the country.

“The embassy told me that they would have someone accompany me the whole time,” he told Associated Press. “But today when I got to the ward, I found that there was not a single embassy official here, and so I was very unsatisfied. I felt they did not tell me the truth on this issue.”

U.S. Assistant Secretary of State Kurt Campbell said he believed that Chen “has anxiety about the period ahead.”

“I probably was in 30 or 40 hours of conversation with him. Every single discussion was about the possibility of how to go back and live a more normal life in China and what we could do to help in that effort,” Campbell told U.S.-based National Public Radio.

“Never once did he talk about asylum or coming to the United States.”

Asked what guarantees he received about Chen’s future, Campbell said Beijing viewed the issue as a matter between the government and a Chinese citizen and that it was not subject to negotiation.

“And so our interactions, our discussions with them, were around parameters and commitments that they made both to us and to citizen Chen.”

U.S.-based Human Rights Watch said Chinese government assurances to Washington about Chen may be insufficient to protect him and his family from a resumption of abuses and persecution they have suffered for extended periods at the hands of the authorities.

“There are serious concerns over whether the Chinese government will honor commitments it made to the U.S. government to not persecute Chen and his family members,” said Sophie Richardson, China director at Human Rights Watch.

Despite the understanding over Chen’s case as claimed by U.S. officials, Beijing demanded an apology from the United States for what it called “interference” in its affairs.

“China is very unhappy over this. The U.S. action is an interference in China’s internal affairs and China cannot accept it,” Xinhua quoted Chinese foreign ministry spokesman Liu Weimin as saying.

“China demands that the U.S. apologize and thoroughly investigate this incident, deal with the people who are responsible, and ensure these types of incidents do not occur again,” he said.

A U.S.-based rights group which has been closely involved with Chen’s case said it had received reports from a “reliable source” indicating that Chen’s decision to leave the embassy came as the result of threats against his family.

“We are deeply concerned about this sad development if the reports about Chen’s involuntary departure … are true,” said Bob Fu, founder and president of the Christian rights group ChinaAid.

“[Chen] has the admiration of the world right now and that will perhaps help keep him safe in the short term, but I am fearful of what could happen if the world loses interest,” Fu said.

“The government sees him as a troublemaker and a threat to their legitimacy,” Fu said in a statement on ChinaAid’s website.

Fu called on the Chinese and U.S. governments to release details of the negotiations surrounding Chen and his family.

A Chinese activist close to Chen claimed he left the U.S. Embassy against his will because officials had threatened to return his family to face life under threat of constant video surveillance and further violence.

The allegations came from the Twitter account of Beijing-based rights activist Zeng Jinyan, who is a close friend of Chen and his wife, Yuan Weijing.

“If [Chen] Guangcheng hadn’t agreed to leave the embassy, they would have taken her and their children straight back home again,” she wrote in one message, which also said that Shandong officials had “moved in” to the Chen family home and were busy installing spy cameras there.

Another tweet said: “[Chen] said he was willing for his whole family to leave China.”

The initial message from Zeng’s account, written in English and sent shortly after 8:00 p.m. Beijing time, read: “GUANGCHENG TALKED TO ME. WHAT MEDIA REPORTED IS WRONG.”

At least two Beijing-based journalists said via Twitter that they had contacted Zeng by phone and confirmed that she had written the tweets.

U.S. Secretary of State Hillary Clinton, who is in Beijing for annual talks, confirmed that “understandings” on Chen’s treatment in China had been reached, defended the U.S. handling of his case, and said it had been dealt with “in a way that reflected his choices and our values.”

It is now crucial to ensure that Beijing keeps its pledges to end the persecution of Chen and his family, she said.

“The United States government and the American people are committed to remaining engaged with Mr. Chen and his family in the days, weeks, and years ahead,” she said.

Chen’s escape from house arrest has sparked growing diplomatic tension ahead of bilateral talks between Beijing and Washington on Thursday.

Reported by Xin Yu for RFA’s Mandarin service and by Grace Kei Lai-see for the Cantonese service. Translated by Luisetta Mudie. Written in English by Luisetta Mudie and Parameswaran Ponnudurai.