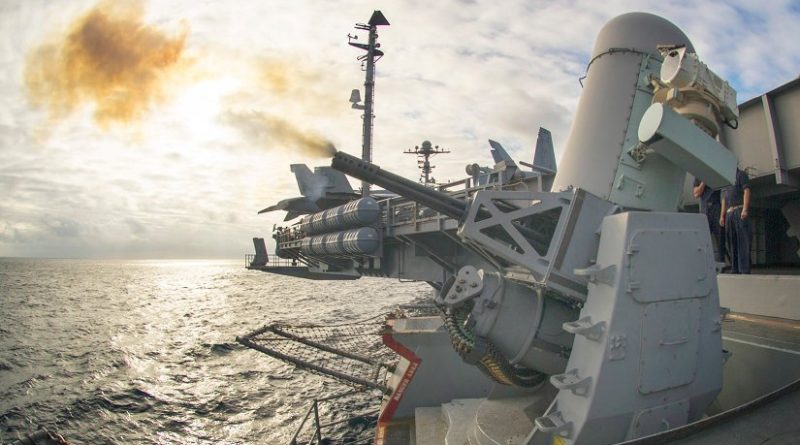 One of the most contemporary, though not new, effective, and prominent instruments of achieving foreign policy objectives, especially those related to the maritime domain, is a state’s Naval force. Although Naval power has been playing central role in achieving States’ objectives for centuries; however, as the world is getting more and more interconnected and commercialized, the role of Navy is expanding beyond its traditional domain.

A state cannot hope to have global access, and cannot be able to respond to the oceans around it without a strong naval force at its disposal. As the world is getting interdependent, states’ range of activities is proportionately increasing as well, and so is increasing state institutions’ areas of activities and responsibilities.

As such, naval force of a state does not merely defend the seas; it involves economic, social, political and diplomatic aspects of power as well and has come to largely co-ordinate in conducting a state’s foreign relations and achieving foreign policy objectives. It is for this reason that all the developed and emerging powers are heavily investing in this particular aspect of power in order to better tackle the challenges of the twenty-first century.

From the age of empires till the modern day nation-state system, the strategic and economic significance of maritime domain has been eminent. Throughout this period, centuries, the sea routes were important not only for seafaring but also because they provided new opportunities for trade and commerce activities. Interaction among different civilizations through sea routes and clash of their interests naturally laid the basis of the idea of a military arm at the sea domain, which resulted in the establishment of national navies.

Gradually, advancements in military technology, use of sophisticated maritime techniques, naval terminologies and development of modern galleys with large scale destructive power prompted states to build-up strong naval armada to secure their vital interests at the seas and beyond. It was with the help of naval forces that western powers were able to establish their overseas colonies. It not only helped them to exploit colonial resources but also transport them to their homeland. Thus, from very beginning till today, the naval force has been largely used for military purposes i.e. is to secure state interests beyond its territorial borders by the use of force or threat of use of force.

However, the modern day naval powers’ area of activity and their operating range have become far wider than they were in the past. They influence inter-state relations in a broader way. Their area of activity encompasses multiple domains, ranging from pure military aspect to social, political and diplomatic.

In the social sphere, the naval forces help as a tool to stimulate cooperation and improve relation among states. A wide range of activities fall in the social role of naval power, ranging from natural disaster relief operations, peace promoting activities, constructive maritime assistance, search and rescue operations (SAR) to humanitarian assistance campaigns. These naval activities also help in portraying a state’s positive, responsible and soft image in the international community.

Thus, naval force is used not only to defend a state’s coastline, but also to achieve certain foreign policy objectives. Unlike past, the role of naval force is not limited to military domain only. Today, the modern naval forces are trained not only to defend but also to improve bilateral and multilateral relationships among states in all spheres of common interests such as military, economic and diplomatic etc. This potential of naval power is likely to further increase in future, because in the twenty-first century, world dependency upon sea lines of communication for trade, economic and energy transport is likely to rise. Thus, a rational future planning and investment in state’s naval power and improved state-to-state naval relationship in areas of common interest can help states to achieve many of their foreign policy objectives.