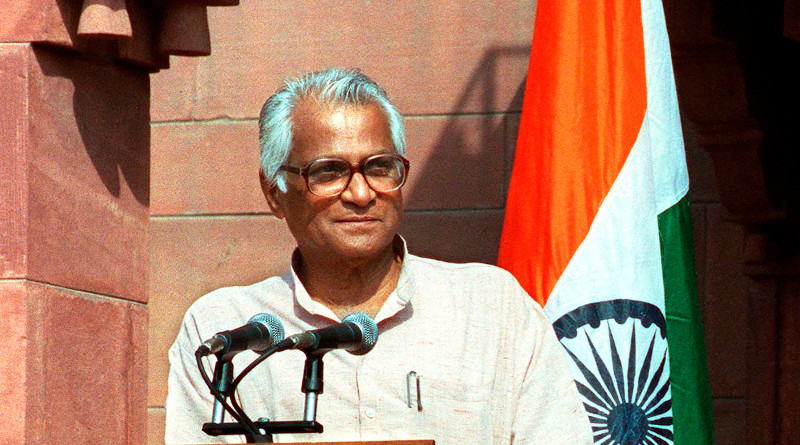 Wikipedia describes Shri George Fernandes as “an Indian trade unionist, statesman, journalist, freethinker, and member of the Rajya Sabha from Bihar for a short while, and a member of Lok Sabha for a very long period, starting from Bombay (present-day Mumbai) in 1967, but mostly representing Bihar. He was a key member of the Janata Dal and the founder of the Samata Party. He held many ministerial portfolios including industry, communications, railways, and defence”. The President of India conferred  Padma Vibhushan, on Shri George Fernandes posthumously. He would have been 90 years of age on June 3 this year.

I discovered that he was not convinced about the safety status of India’s nuclear power plants. Often, he showed his penchant to take a stand, based on his perceptions. On July 28, 1991 Shri Karan Thapar interviewed me for the Eyewitness Video Magazine program at the Department of Atomic Energy (DAE) Branch Secretariat, South Block, and Delhi.  It was consequent upon a request made to the Prime Minister and to the Minister for Public Grievances, Shrimati Margaret Alva by the producers of Eyewitness.

Shri Thapar sought clarifications on a claim by a British Channel 4 documentary that “Alarming news emerged last year off birth defects in villages near an atomic power station in India”. “Eyewitness” released an edited version of my interview along with extracts from the British documentary. During the interview, I refuted the Channel 4 claims while answering nearly 40 questions Shri Thapar asked me in ten minutes.

Shri George Fernandes raised the issue in Parliament. He demanded that the Government must react to this particular situation. Shri Shivraj Patil, who was the speaker, stated that the Department was with him for four years.

“I know that many reports are published. I know also that many of the reports are not supported by scientific facts. Now we shall have to be very careful,” Patil cautioned.

“The film that has been made has brought to light a lot of facts, where the fallout from the pollution has resulted in a number of children being born with genetic defects and physical deformities,” Fernandes asserted.

“We need to go to the root of the problems that have been identified – here in Rajasthan and also in Tarapur in Bombay. Tarapur is by the sea shore and we have evidence of pollution taking its own toll insofar as the fisher folk and their livelihood is concerned and also those who live in the vicinity of the power station,”  he added.

The BBC broadcast stated that Shri Kamalnath, the Environment Minister, had roundly denied the Channel 4 claims in parliament.

“In his Lok Sabha statement, he acknowledged that the matter was serious, but said that evidence by the Atomic Energy Commission (AEC) showed that any deformities suffered by local children has nothing to do with the power station,” BBC quoted Kamalnath.

“I can totally deny that, on the ground that right from 1973 when the power station started we have all the data of all the discharges year after year. Complete data is also available. They also have a radiation monitoring system to measure external radiation dose. Last year several hundred samples were taken from the very same villages: well water, pond water and in all these cases total radiation discharges have been too small to measure. The point is that very often the scientific facts are ignored,” BBC quoted me verbatim.

When I explained that in some cases birth defects may have been caused by late pregnancy or malnutrition, Shri Fernandes bluntly stated that he was not surprised by the defense mounted by the nuclear establishment.

My indirect interaction with Shri George Fernandes was an eye opener for me. Though I based my assertions on scientific facts, state-of-the-art measurements, etc., I could not change his perception. Successful communication demands mutual trust, opportunity for dialogue devoid of jargon and prejudice. We need such an ambiance for the success of any program where perceived risk is much more than the real risk. Nuclear community and regulators must transparently   communicate   with all stakeholders to break the barrier. If there are other agendas even humongous efforts will fail.

George Fernandes was associated with the affairs of the Department of Atomic Energy (DAE) while he was a labour leader, MP and Minister. He guided workers at the Tarapur Atomic Power Station in their trade union matters. A section of the staff of the erstwhile Atomic Energy Establishment Trombay now Bhabha Atomic Research Centre (BARC) used to approach him for support and advice.

He took keen interest in the rehabilitation of villagers who were displaced due to the construction and commissioning of the Atomic Power Project at Tarapur. He raised related issues in Parliament.

While highlighting his views on India’s position on Comprehensive Test Ban Treaty with admirable clarity and lucidity, he asserted that if America is not prepared to adhere to any time-table, CTBT is a meaningless exercise.

“India must take initiative in not signing the CTBT Treaty. It had been stipulated in the Disarmament Conference that if even a single nation refuses to sign the CTBT Treaty, then it will not be valid. America now realizes that India can also put its foot down. As per the draft CTBT Treaty, five nations including America can possess nuclear weapons and CTBT is being used to perpetuate this position,” he clarified.

“We must impress on the nations participating in the disarmament conference that in case we want to have a CTBT Treaty, it should be treaty without any provisos and should aim at eliminating the nuclear stock pile made by all the countries and there should be no exception or a privileged nation such as America or five members of the security council,” he asserted.

Though he strongly supported nuclear disarmament, Fernandes endorsed without hesitation the National Democratic Alliance (NDA) government’s decision to test nuclear bombs. He was very controversial, “a rebel without a pause,” as described by Coomi Kapur in livemint

Sadly, my first memory about George Fernandes was very unpleasant. In 1963 I was a trainee in the Atomic Energy Establishment Trombay Training School located at Express Building Churchgate. Our hostel was at Bandstand, Bandra. Every day we travelled from Bandstand to Bandra railway station by BEST bus to catch a train to Churchgate.

Unexpectedly, BEST workers went on a prolonged strike inspired by George. There were heavy rains. The strike forced us to walk from Bandstand to Bandra railway station and back. I wore an ill-fitting rubber shoe, which tore away a few inches of my skin. The muddy, salty, puddle irritated my inflamed skin; the wind from the beach bearing the smell of decaying fish blew right across my face. We literally cursed George Fernandes; workers adored him; we had no empathy with the workers! George organized bundhs and strikes in Bombay on many occasions. Though in Mumbai he earned the sobriquet, “bundh-master”, his contributions to the nation are so vast and varied that it is impossible to ignore them.

Home » When George Fernandes Was Not Convinced About Nuclear Safety – OpEd