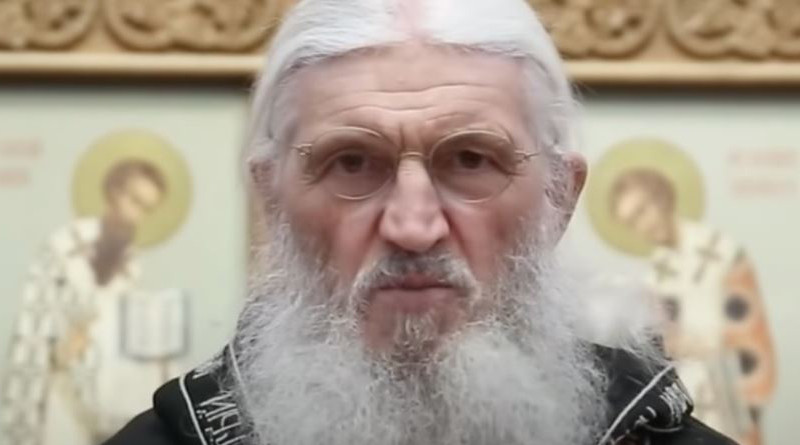 (RFE/RL) — An ultraconservative, coronavirus-denying Russian priest who took control of a convent in the Urals with help from Cossack guards last month has been stripped off his religious rank.

The Diocesan Court in the Sverdlovsk region on July 3 ruled that Schema-Hegumen Sergiy (Nikolai Romanov), had shown disobedience toward Russian Orthodox Church authorities and therefore must be punished.

The decision must still be approved by the leader of Russian Orthodox Church, Patriarch Kirill.

Father Sergiy, the abbot of a men’s monastery in the Sverdlovsk region, made headlines last month after he took over the Sredneuralsk Women’s Monastery by force with help from Cossack guards.

He is known for his public praising of Soviet dictator Josef Stalin, and for denying the coronavirus, which he calls a Western plot.

Father Sergiy also publicly condemned the Russian Orthodox Church’s order in April to stop church services to prevent the spreading of the coronavirus. Weeks later, the Yekaterinburg diocese barred him from preaching and launched a probe into his conduct, citing his stance on the coronavirus and his interference with church policy during the pandemic.

Still, he refused to follow the diocese’s ruling and continued to preach.

“That means we will voluntarily legalize the power of the future Antichrist and his slaves. I call on all peoples of Russia — do not go to voting stations!” Father Sergiy said in one statement last month.

Russian voters overwhelmingly approved the amendments in a vote that ended on July 1.

Among other things, the constitutional amendments allow for Putin, a 67-year-old former KGB officer who has ruled Russia as president or prime minister for more than 20 years, to stay in power until 2036 if he chooses to run again after his current term ends in 2024.