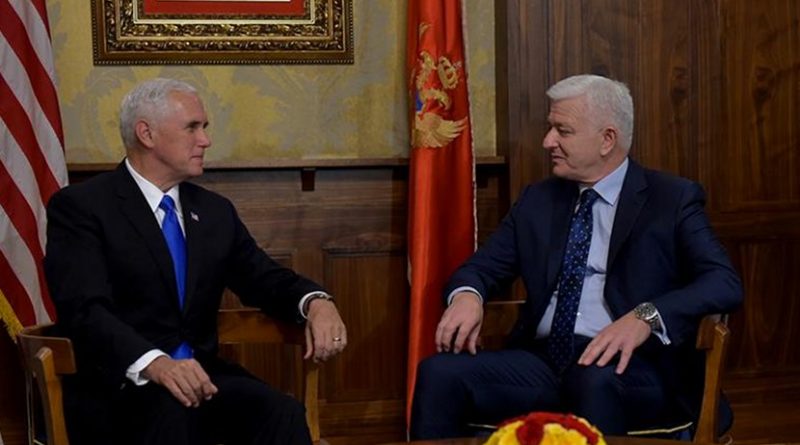 US Vice President Mike Pence claimed that Russia wants to destabilise the Balkan region and was to blame for an alleged attempt to overthrow the Montenegrin government last year.

Addressing Balkan leaders at a summit in Podgorica on Wednesday, US Vice President Mike Pence accused Russia of being behind an alleged attempted coup in Montenegro last October in order to prevent it from joining NATO.

Pence also accused Russia of “continuing to seek to redraw international borders by force” in the Western Balkans.

“Russia has worked to destabilise the region, undermine your democracies and divide you from each other and from the rest of Europe,” he said.

Russia has repeatedly denied any involvement in the alleged plot to overthrow the government during last October’s general elections in Montenegro.