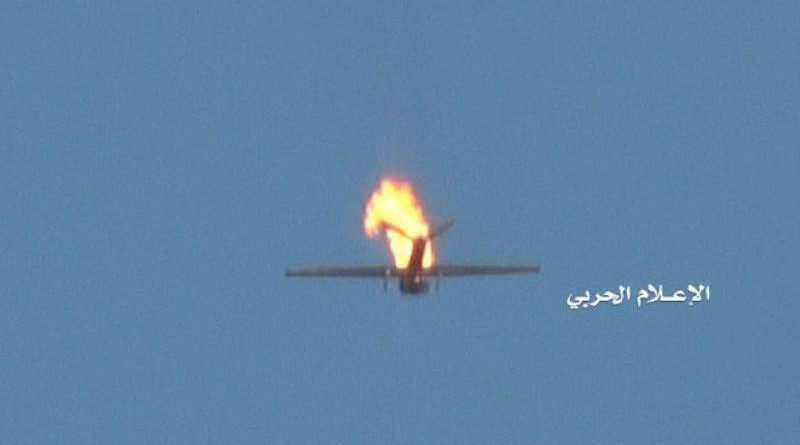 Houthis say they have downed a small US RQ20 spy drone over the Jizan region. Photo Credit: al-Masirah

“The air defenses were able to shoot down a US spy drone, RQ-20, over Haradh district off Jizan with an undisclosed missile,” Saree said in a statement, according to the Yemeni state news agency al-Masirah.

Saree said that footage has been taken by the army of downing the US spy drone, but declined to present details on the kind of surface-to-air system used to bring down the US aircraft.

The RQ20 spy drone is a small, battery powered, hand-launched unmanned aircraft system that is manufactured by the American company AeroVironment.