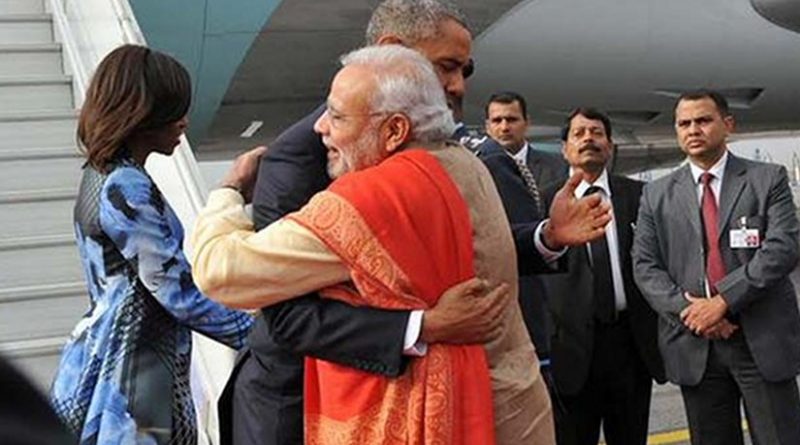 By Seema Sirohi and Abhijit Iyer-Mitra*

As Prime Minister Narendra Modi’s second visit to the US draws near, excitement and anxiety are both rising on bridging the gap between promise and delivery. The effort is to match the enthusiasm of the first visit although US officials would rather that visits by Indian leaders be treated as ‘normal order of business’ without demands for a breakthrough. But breakthroughs are needed given the long history of non-cooperation and suspicion.

It seems the Obama administration has offered to ‘up’ the strategic relationship but India is mulling over the offer because the bargain involves definitive steps by New Delhi without a clear counter commitment.

The Americans remain officially optimistic, even if a little impatient, at India’s pace of economic reforms. But when two countries as diverse as India and the US get together to face complex challenges of the world, there will be things that don’t work. The focus, say US officials, is and should be on implementation. Both Barack Obama and Modi are sensitive that past rhetoric about the world’s most powerful and the largest democracies walking into the sunset together has begun sounding hollow. When they last met, they agreed to focus on getting things done.

Washington says coordination has increased manifold — Exhibit A being the recent earthquake in Nepal. Pentagon officials were ‘deeply moved’ by the ‘extraordinary’ help from Indian defence forces in locating the missing US helicopter. It was an ‘ethos-building’ experience. August was a good month for breakthrough meetings — both the inaugural meeting of the joint working group on aircraft carrier cooperation and the fourth across-the-government session on cyber security registered success.

The US Navy hosted a senior Indian naval delegation led by Vice Admiral S P S Cheema and briefed the visitors at a Virginia shipyard on US’ next-generation carrier, PCU Gerald Ford. The two sides have signed the terms of reference. India is interested in getting the electromagnetic aircraft launch system technology for its carrier under construction.

On cyber security, the delegations had ‘meaningful’ discussions. More frank with each other than in the past, they talked about cyber threats, cyber security information sharing on a greater scale and managing cyber incidents that, although occurring with alarming frequency, are still not acknowledged by governments.

Chinese hackers are giving the Americans a huge headache. Washington is also angry at the increasing Chinese pressure on US companies to part with technology. There is a growing sense of ‘angst’ about China’s hacking army but with no direction home. India seems like a logical partner even in this cutting-edge area where governments don’t yet want to reveal their capabilities.

While the good is getting better, the bad may be getting worse. The situation in Afghanistan, including Pakistan’s role in planting designated terrorists as the new Taliban ‘leaders’ with apparent US acceptance, has alarmed New Delhi. Washington’s continuous tendency to believe in Islamabad’s myth-making abilities has always been a sour point but the latest play has made New Delhi extremely unhappy.

To assuage Indian feelings, the US apparently has a ‘bargain’. While the exact contours of the offer are unclear, it is said to involve space and satellite intelligence cooperation, technology transfer and a greater international role for India. Intelligence sharing would go up to a level available only to the closest US allies.

But there’s a catch: India should sign what the US calls ‘foundational agreements’ on security, monitoring, interoperability and communications that are both a legal and operational prerequisite to sharing sensitive information and equipment.

India has two problems with these agreements: first, the military doesn’t deem such interoperability to be positive and, second, believes the agreements would compromise operational secrecy. But if Modi says India and the US are natural allies, then either the defence ministry hasn’t got the memo or it believes this cooperation should have stringent limits.

The lack of trust is not entirely misplaced, according to Indian officials. For them, the concept of ‘strategic autonomy’ has clear goals: primarily that India and India alone will decide its security prerogatives and actions and will not accept a US veto on anything it does vis-à-vis Pakistan. Signing the foundational agreements would enable US inspections of when, where and against whom US-supplied equipment is used.

As an Indian official said, “The Pakistanis are killing US troops in Afghanistan, yet, a large section of the US administration is busy making excuses for them and shielding them. This, when American lives and direct US interests are involved. Now imagine in an India-Pakistan face-off, why would this considerably pro-Pakistan bureaucracy not hinder or compromise India’s actions?”

War as a test

They point to the 1991 Gulf War when Israel was denied codes to retaliate against Iraqi Scud strikes or the several US inquiries Israel has had to face for using American weapons in areas it wasn’t authorised to do.

India-US defence cooperation, then, is stuck in a Catch-22 situation where meaningful transfers of intelligence and technology can’t take place until India approves the foundational agreements. But India’s institutions are unlikely to give a nod so long as defenders of Pakistan dominate the US policy machine.