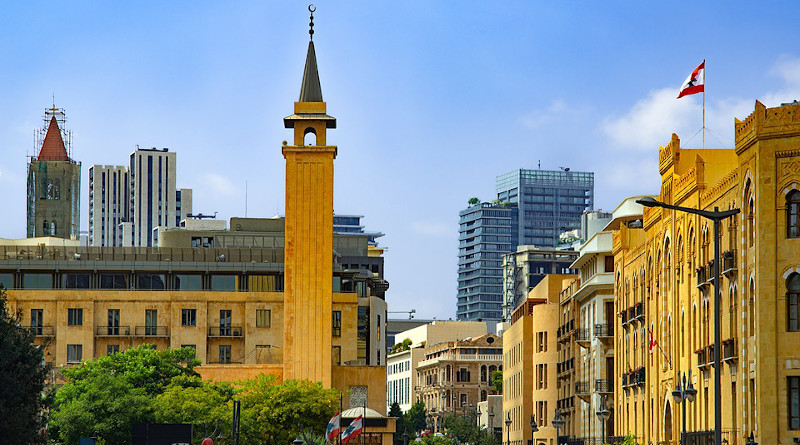 Le Commerce du Levant Magazine published an interview with Steve H. Hanke, Professor of Applied Economics at the Johns Hopkins University, on September 22, 2020.  This interview was conducted by journalist Salah Hijazi. The following is an excerpt of Prof. Hanke’s statements in English.

What’s hyperinflation? And how did you calculate that Lebanon became the first Middle Eastern country to experience it?

How do you calculate inflation, knowing that the consumer price index (CPI) of the central administration of Lebanese statistics was up 120% in August?

“Just how do I measure hyperinflation? The most important price in an economy is the exchange rate between a country’s local currency and the world’s reserve currency, the U.S. dollar.”

“As long as there is an active black market (read: free market) for a currency and data are available, changes in the black-market exchange rate can be reliably transformed into accurate measures of countrywide inflation rates for countries experiencing hyperinflation. The economic principle of purchasing power parity (PPP) allows for this transformation. And, the application of PPP to measure elevated inflation rates is straightforward.

Evidence from Germany’s 1920-23 hyperinflation episode — as reported by Jacob Frenkel in the July 1976 issue of the Scandinavian Journal of Economics — confirms the accuracy of PPP during hyperinflations. Frenkel plotted the Deutschmark/U.S. dollar exchange rate against both the German wholesale price index and the consumer price index. The correlations between Germany’s exchange rate and the two price indices were very close to one throughout the period, with the correlations moving closer to one as the inflation rate increased.

Beyond the theory of PPP, the intuition of why PPP represents the “gold standard” for measuring inflation for countries experiencing elevated inflation rates and/or hyperinflation is clear. All items in these economies are either priced in a stable foreign currency (the U.S. dollar) or a local currency. If goods are priced in terms of the local currency, those prices are determined by referring to the dollar prices of goods and then converting them to local prices after checking with the black-market spot exchange rate. Indeed, when a price level is increasing rapidly and erratically on a day-by-day, hour-by-hour, or even minute by-minute basis, exchange-rate quotations are the only source of information on how fast inflation is actually proceeding. That is why PPP holds, and why we can use high-frequency (daily) data to calculate inflation rates for countries experiencing hyperinflation.

Unless the exchange rate regime changes, the central bank subsidization mechanism will not last for long because the central bank will soon burn through all of its reserves, and the Lebanese pound will collapse further.”

The Johns Hopkins’ University professor states that: “Lebanon should do exactly what I did in 1997 in Bulgaria, where I was President Petar Stoyanov’s chief adviser. Hyperinflation was raging at 242% per month in Bulgaria. I designed an orthodox currency board system that was proposed to the International Monetary Fund, and the fund accepted the proposal immediately. A currency board is a monetary institution (or a set of laws that govern a central bank) that issues a domestic currency that is freely convertible at an absolutely fixed exchange rate with a foreign anchor currency. The domestic currency, which is issued by a currency board, is backed 100 percent with anchor currency reserves. So, with a currency board, the local currency is simply a clone of its anchor currency.”