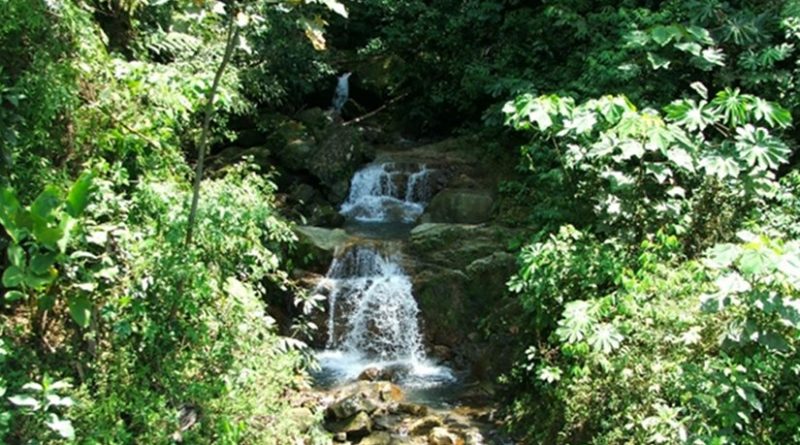 A key solution to saving tropical forests is to secure the land rights of the indigenous peoples and local communities, and to invest in them as an effective strategy for reducing deforestation and slowing climate change, according to the new findings released in Berlin on November 1.

It was no surprise therefore when Mina Setra, Deputy Secretary General of The Indigenous Peoples’ Alliance of the Archipelago (AMAN), said: “We are a proven solution to the long-term protection of forests, whose survival is vital for reaching our climate change goals. Yet in return, we face human rights violations, violence to our communities, criminalization of our peoples and the murder of our leaders.” The Alliance represents 17 million people in Indonesia.

“As recently as last year, at least 200 environmental activists were killed, and almost half of them were indigenous leaders. Hundreds of others are in jail because of their efforts to protect forests, while thousands have been evicted from their territories,” Setra told journalists.

He was briefing the press on November 1 together with indigenous and rural community leaders from 14 countries, who joined climate experts from Germany, the United States and Latin America in the German capital to call on the United Nations and national governments to act on a growing body of evidence demonstrating the ability of indigenous peoples and traditional forest communities to outperform all other managers of vulnerable tropical forests.

The delegation of local leaders was in Berlin as part of their tour of European capitals in a massive eco-bus emblazoned with the message, “Help defend the #GuardiansOfTheForest.” On the road since mid-October, they have brought stories of their plight and the promise they offer in combating climate change to people and policymakers Cologne, Brussels, London, Paris and Amsterdam. Their last stop will be the climate talks in Bonn, Germany, on November 6.

In Berlin, the delegation joined researchers from Woods Hole Research Center (Boston, U.S.), the Prisma Foundation (El Salvador) and Ecociencia (Ecuador) to warn of the urgent need to invest in protecting the land and forests of indigenous peoples and rural communities, and to invest in them as a vital strategy for saving tropical forests.

This new research has been released in Berlin as consensus grows among scientists that international climate goals on the table at the upcoming climate talks in Bonn (COP23) cannot be met unless they include the unique role forests play in soaking up carbon. In the lead up to COP23, scientists are demonstrating that, given the limitations of current technology, protecting and restoring forests may be the only way to get the world one-quarter closer to Paris Climate Agreement target of limiting warming to 1.5 degree Celsius.

“Over time, we have developed powerful and peer-reviewed evidence that tropical forests can absorb and store huge quantities of carbon, which slows the pace of climate change by removing a significant portion of our emissions from the atmosphere,” said Richard Houghton, a senior scientist at Woods Hole Research Center and lead author on the global IPCC (Intergovernmental Panel on Climate Change) reports for the UN. “The research also identifies a key way to make it happen—supporting indigenous forest peoples in their guardianship of their ancestral forests.”

According to recent research, for the first time, the world’s forests are a source – rather than a sink – of greenhouse gas emissions, which illustrates the danger of continued, unabated deforestation. Despite the ability of forests to absorb carbon, human activity – from large-scale deforestation from infrastructure projects to piecemeal degradation by illegal loggers – have pushed forests to the brink.

Researchers with PRISMA revealed that many of Germany’s efforts to save some of the world’s most treasured biodiversity hotspots in Central America have fallen far short of their goals – often because conservation funds have favored governments over indigenous and other local forest communities.

A second study, released at the same event by indigenous leaders and scientists from an innovative collaboration of NGOs from Amazon countries known as RAISG and research organizations from the U.S., looks at 15 years of deforestation data in the Amazon (2000- 2015) and concludes that deforestation within indigenous territories is vastly less than it is outside of these lands.

This study found that 83 percent of Amazon deforestation occurs in the 48 percent of the Amazon that falls outside indigenous territories and protected areas. The researchers established as well that 53 percent of the region’s carbon stocks are on indigenous lands, much of it at risk from threats such as agro-industrial expansion and mega-infrastructure projects.

“Together, our research suggests that strategies aimed at reducing emissions and conserving forests cannot succeed without the support of indigenous peoples and other local forest communities,” said Andrew Davis, a researcher with PRISMA. “And climate finance should recognize the importance of forests as a climate mitigation tool, and the role of forest peoples in protecting this vital resource.”

The PRISMA study of Germany’s aid to Mesoamerica concludes that climate funds are most effective and efficient when directly supporting local forest communities, according to Davis, the author. The analysis found that only 15% of US$3.1 billion in German aid aimed at conserving biodiversity projects in Mesoamerica has gone directly to communities on the ground.

“The vast majority of the funds have gone to governments,” Davis said, “and the results of the aid have been less than stellar. Investing directly in the organizations that are legitimate and accountable in the eyes of communities, as full partners in conservation and forest governance, is the key to success. This means ensuring that a greater percentage of international finance for climate and development reaches the local level.”

According to the second report made public in Berlin, Amazonian forests within Indigenous Peoples’ territories in four countries – Brazil, Colombia, Ecuador and Peru – serve as strong barriers to deforestation, despite facing mounting threats.

The report released by a consortium of scientists, indigenous leaders and climate change policy experts revealed that 83% of gross deforestation in the Amazon Basin from 2001-2015 occurred outside the Indigenous Territories (IT) and Protected Natural Areas (PNA) that cover more than 50% of the Amazon.

“This is the first analysis that has been done in the Amazon Basin over a significant period of time, comparing statistics of deforestation inside and outside indigenous territories and protected areas,” said Jocelyn Therese, vice coordinator of the Coordinating Body of Indigenous Organizations of the Amazon Basin (COICA in Spanish). “We found that deforestation rates are five times greater outside Indigenous Peoples’ territories broadly than they are inside those areas.”

Of the four countries analyzed in the RAISG report, only Brazil showed a sustained downward trend of deforestation.

“However, there is concern that the downward trend may be reversing in light of recent changes in federal policies,” Josse said. These are aimed at curtailing land rights of indigenous and other rural peoples guaranteed under the Brazilian Constitution.

In light of efforts to reverse land rights already granted to forest peoples in the region, Josse noted a trend of considerable concern in the regional data: A 50 percent rise in the rate of deforestation in indigenous territories that have not been recognized or titled (976 km2 to 1,501 km2).

The solution, and the message the coalition of indigenous leaders hopes to deliver at COP23 in Bonn, according to Therese of COICA, is to address the organization’s list of demands and proposals: The inclusion of Indigenous Peoples in the elaboration and implementation of countries’ Nationally Determined Contributions (NDCs); direct access to climate finance; an end to criminalization and violence against indigenous leaders and other environmental defenders; the titling of unsecured indigenous lands; implementation of government commitments to provide free, prior, and informed consent to Indigenous Peoples, regardless of whether the goal of a given project is conservation or development; and recognition of Amazonian Indigenous Peoples’ traditional knowledge as a climate solution.

“Those priorities are essential to mitigating climate change because a significant amount of the forest carbon stocks in the Amazon Basin are in indigenous territories,” said Therese. “Even though there is a significantly lower deforestation rate on our lands, this research reveals that 12% of the total Basin’s forest carbon stocks on our lands are under significant pressures and threats. This means that those forested areas are already directly impacted by current development projects, and we will need help to protect them.”

*This report is based on material provided by #GuardiansOfTheForest.