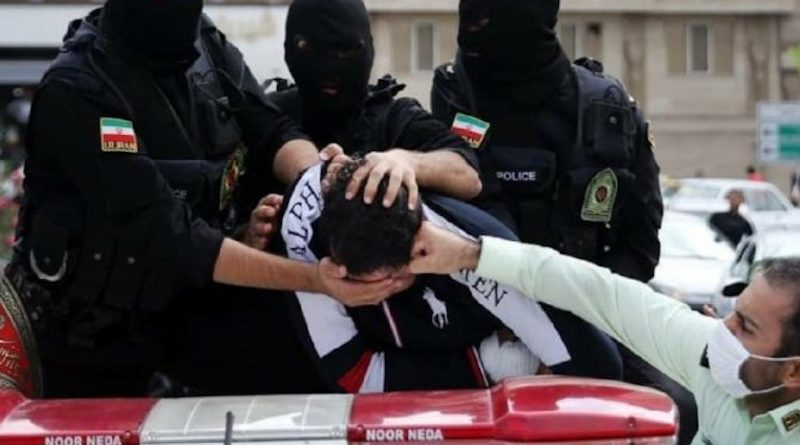 The Tehran Public and Revolutionary Prosecutor said a “base” has been established to deal with “thugs and hooligans”, with the cooperation of the Judiciary and security and law enforcement institutions.

Ali Al-Qasimehr said in comments carried by state-run media1 during a meeting with the capital’s senior military, police and security commanders and relevant judges, that the judiciary would “deal decisively, swiftly and without mercy” with those who “want to make the streets unsafe.”

The Tehran Prosecutor said that the environment should be made “unsafe” by “intensifying” measures against “thugs”.

In the meeting it was also decided that the main perpetrators of the anomalies are to be “immediately identified” and arrested with a warrant in the “shortest possible time”.

These measures come after Iran’s Chief Justice, Ibrahim Raisi stressed that courts must deal decisively with “thugs” and “those who make the community unsafe”.

In the past months, the IRGC has also established special patrols in various provinces, with the purpose of dealing with “theft and looting” and “thugs and hooligans”.

A plan to stop repetition of nationwide protests

Dealing with “thugs and hooligans” by the regime’s judiciary, police and IRGC is the code name for preventing nationwide anti-government protests.

In the first week of October2, Majid Mirahmadi, the Deputy of Intelligence and Security of Iran’s Armed Forces said the regime had initiated an organized plan confirmed by the country’s Security Council to “fight thugs and hooligans”.

Majid Mirahmadi said the new initiative was carried out upon the “demands” of Ali Khamenei.

Iran’s state media have published videos and reports of the public degradation3 of locals who were charged with “public thuggish behavior”. The men are paraded in police trucks, while masked security forces slap and manhandle them, forcing them to “repent” in public.

The regime’s displays of public humiliation have outraged Iranians who have compared the parading of Iranians on the streets with similar measures carried out by ISIS.

The regime has carried out various “plans” to deal with what they call “thugs, hooligans and troublemakers” in the past decades. Though the official motive behind the crackdown is crime prevention, these measures are politically motivated and designed to intimidate and subdue Iranians to prevent protests against the regime’s absolute rule.

According to state-media reports published in the 1990s, following major protests in the northeastern city of Mashhad and Tehran’s Eslamshahr, the regime’s security institutions reached the conclusion that “thugs” were important players in protests.