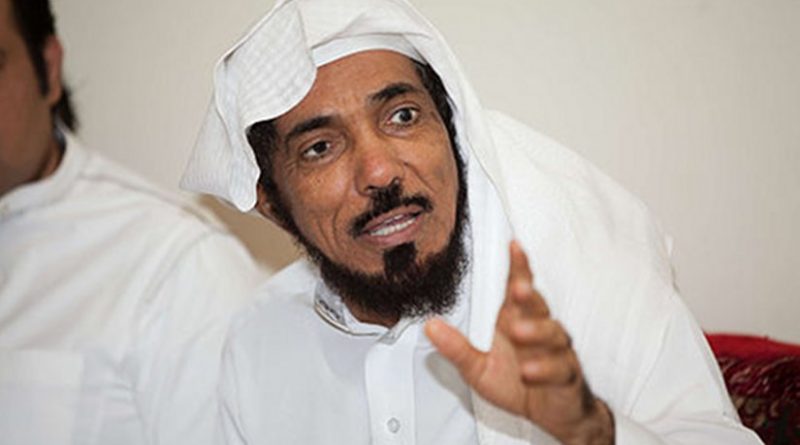 Abdullah Alaoudh, the son of detained radical preacher Salman Al-Odah, is part of an organized Islamist movement that is determined to clear the name of his father. The campaign to whitewash Al-Odah’s extremist views began with an article that painted him as a peaceful advocate for Saudi Arabia’s transition to a constitutional monarchy and a petitioner for the release of “prisoners of conscience.”

This article left out the details of Al-Odah’s biography that would most certainly justify Saudi Arabia’s investigations and security-related detention, while also failing to link to any Saudi document pointing to the circumstances of his arrest, detention or the correct list of charges.

As with any good propaganda outfit, the group’s accusations against the Kingdom include charges and statements that could be believable to naive Westerners who believe Saudi Arabia is run by a totalitarian regime with no due process of any sort, where any criticism of government policies can result in indefinite detention. The authors make no attempt to substantiate their allegations. Instead, they presented Al-Odah as a reformer and a critic of the Saudi government. The truth about Al-Odah is far less flattering, as revealed in Arab News’ “Preachers of Hate” article on “The chameleon cleric.”

For the last three years, this network has advocated on Al-Odah’s behalf to the West. However, the calls for US intervention on his behalf have substantially increased in the last few months, with his son leading the charge.

A convergence of factors brought this story to the surface. Firstly, since the death of Jamal Khashoggi, there has been an ongoing aggressive campaign attacking the Saudi government. Secondly, the movement lost important financial and ideological backers following the Kingdom’s corruption probe of 2017, with the motivation to retaliate against the person responsible for this blow self-evident.

Therefore, any issue that could be used to generate pressure in Western countries that are concerned with human rights, but which lack the tools to navigate Saudi society and its legal system, was thrust into the spotlight.

This included Al-Odah’s group. As long as Al-Odah is unable to freely engage in his activities, it undermines the goals of this movement, meaning his case became a double-edged sword: Both a move to attack the government and a necessary cause to return to open operations.

The increasing integration of the Middle East through normalization agreements between Israel and Arab countries is a grave concern to Qatar, which may lose leverage in the region in the event of a new security bloc that would be opposed to Doha’s sponsorship of the Muslim Brotherhood, Hamas, the Houthis and Hezbollah. Revelations about Doha’s support for Hezbollah directly endanger Al-Odah’s sensitive work; if he is not available to mitigate the damage from the release of this information, the network faces the danger of increased scrutiny and a potential unraveling.

Therefore, Alaoudh’s group adopted the approach of presenting partial information to Western publics, focusing exclusively on Al-Odah’s “moderate” statements on social media, while leaving out or outright fabricating the rest. Al-Odah’s political controversies and tweets have not been presented to the Western public at all — instead they are relying on general disinterest, a lack of due diligence and inclination to corroborate by the media, and stereotypes about Saudi Arabia.

While Alaoudh may have initially spearheaded the campaign for sentimental reasons, when he joined forces with his current allies, the issue quickly evolved from familial to political. The Qatar-backed crew has been consistent in attacking President Donald Trump, while frequently aligning with radical leftist groups in the US thanks to its choice of extreme rhetoric and relentless criticisms of the White House’s foreign and domestic policies. The Al-Odah case could be one of the contributing factors in swaying the result of the presidential election against Trump and in favor of Joe Biden.

Every member of Alaoudh’s association sees Trump and the Republicans as standing in the way of a complete infiltration and takeover of American institutions. Their hope is to return to the previous era of a cozy relationship between US security and intelligence agencies, nongovernmental organizations, corporations, and universities and their counterparts in the Islamist world, which had been so profitable politically and financially for both sides under Barack Obama but that has since been so rudely disrupted and interrupted.

They also hope that Biden would be much tougher on the Saudi government, and perhaps could be pushed into sanctioning the Kingdom or taking other actions that could offer the Islamist bloc power in some form.

Despite the near impossibility of such a development, Alaoudh and his teammates are doing everything possible to discredit the Vision 2030 reforms and everything the current government in Saudi Arabia has accomplished and stands for. Trump is very supportive of the reforms, while the Democrats appear much more interested in working with the Iran-Qatar framework in the region.