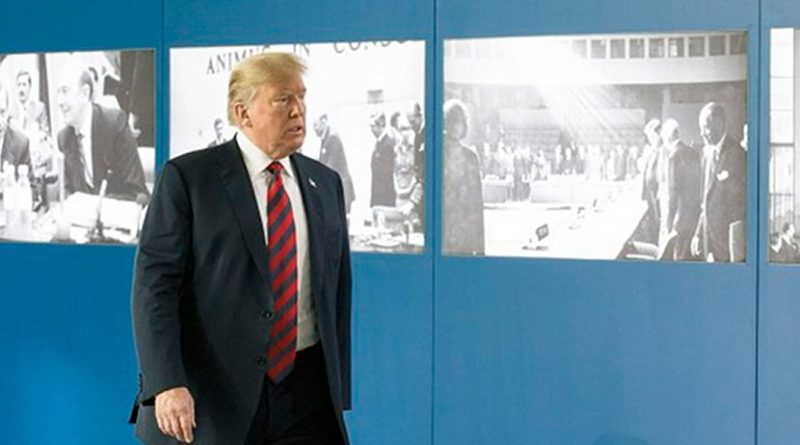 Trump paved the way for a bold, unapologetic approach to US foreign policy and trade—termed as ‘America First’. This launched a US retreat from multilateralism, undermining the efficacy of global governance mechanisms.

A chain of global and domestic developments—beginning with the 2008 global financial crisis—resulted in a loss of faith in multilateralism and a resurgence in nationalist sentiments. As such, President Donald Trump’s election in 2016 paved the way for a bold, unapologetic approach to US foreign policy and trade—termed as ‘America First’.

The rhetoric would soon launch a US retreat from multilateralism: it withdrew from international agreements, posed obstructions to the functioning of multilateral organisations, slashed financial aid, and even severed ties with international bodies. Some of Trump’s actions are connected to the core demands of his supporters (such as job losses), as well as the historical stand of American foreign policy (for instance, Israel). Nonetheless, Trump’s methods to achieve these objectives were still deemed to be arbitrary, shocking, and therefore, disruptive.

Early on, the Trump administration withdrew from the 2016 Trans-Pacific Partnership agreement and replaced the North American Free Trade Agreement (NAFTA) with a new deal—in a bid to reduce US trade deficit and job losses. In 2017, the US withdrew from the UNESCO, opposing the anti-Israel resolutions passed by the organisation.

This was followed by Washington’s 2018 withdrawal from the UN Human Rights Council because of its alleged failure to do its job. The Trump administration has also obstructed the functioning of the WTO dispute settlement system, and recently announced its veto against appointing Nigeria’s Dr. Ngozi Okonjo-Iweala as the new WTO Director General—a candidate who is supported by most member states.

Around 2017, Washington also announced its withdrawal from the Paris Agreement, stating that its terms were unfair to the US. The global community criticised this development, since the agreement is regarded as a landmark achievement in efforts to strengthen global climate action. The Trump administration’s decisions have also jeopardised treaty mechanisms for nuclear arms control. Washington’s withdrawal from the 1987 Intermediate-Range Nuclear Forces (INF) Treaty and its ambiguous position on the New START treaty, could permanently set back efforts towards non-proliferation and arms control.

The US has ceased all funding to the UN Population Fund, and the UNRWA—which does relief work for Palestine refugees. In 2020, the US also announced that it would no longer fund the World Health Organization (WHO) and withdraw its membership, because of WHO’s alleged mismanagement of the COVID-19 pandemic and the body’s ties to China.

Though certain issues persist in the functioning of multilateral organisations, it is important to recognise their utility; after all, they provide the sole platform for building international cooperation on global issues. Trump’s policies signify a US retreat from the post-WWII institutional architecture and global governance framework.

Strengthening global governance has never been a priority for the Trump administration, as seen in his disdain towards these mechanisms. As a leadership vacuum becomes imminent, a disruption—such as this—will weaken international organisations and diminish the importance of multilateralism as a foreign policy goal for countries across the world.