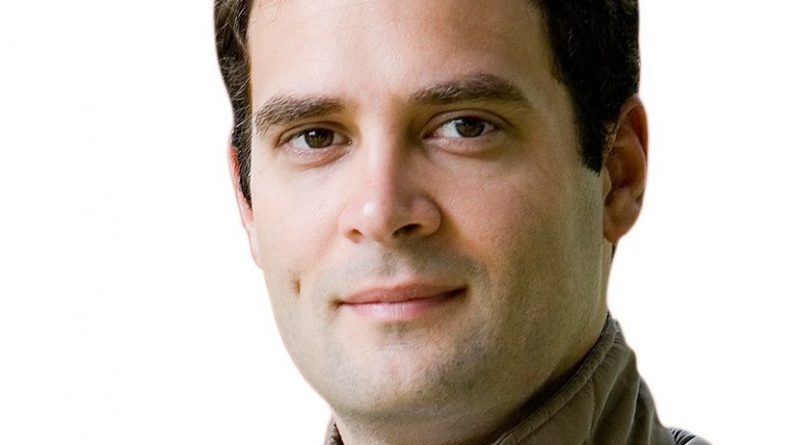 At last, the speculations over when Rahul Gandhi is taking over the presidentship of the party is over. Rahul, now the Vice President and a three-time Lok Sabha MP, is going to take over the charge of the country’s oldest political formation, the Indian National Congress, in the first week of December. It is time to have a close look at the impact of this development on the national politics.

Undoubtedly, Gandhi is assuming the charge at a time when party’s political fortunes are at the lowest ebb since it was founded on December 28, 1885. The party’s political base has been shrinking very fast. It has one of the lowest strength in the people’s house in Parliament as it was reduced to 44 MPs in the 2014 general elections.  It is in power only in five States –Punjab, Himachal Pradesh, Karnataka, Mizoram and Meghalaya – while its main rival, the Bharatiya Jana Party (BJP) has its governments in 18 States.

Gandhi, 47, is going to be elected by the party’s electoral college. Most States and party organisations like the Indian Youth Congress have already passed unanimous resolutions urging him to take up the 132-years old party’s mantle.

The 47-year-old scion of the Nehru-Gandhi family had entered the politics in 2004 when he was first elected to the parliament from Amethi in Uttar Pradesh that has been sending Gandhis or their loyalists for many decades. Since, he has been in the Parliament for over 13 years.

Not only the Congress’s rapport with the people at large stands at a historic low, even Ra Ga’s own political persona does not evoke much confidence among people at large. He has been made an object of ridicule by the media, particularly by the social media. The RSS-BJP has been successful in portraying him as ‘Pappu’ in popular mind – as a total misfit to lead the Congress.

Undoubtedly, there are very few positives to his credit despite 13 years in active politics. But then, it has to be admitted that he suffered from many handicaps also.

Herein lies the challenge to Ra Ga. Is he ready to pick up the gauntlet and lead the Congress from the front or not?

The timing for his elevation seems to be perfect. The political stock of Prime Minister Narendra Modi is down. The PM’s personal credibility has begun to erode as more and more people have begun to question his performance and raise doubts over his promises.

The general people are upset that Modi’s developmental politics have been replaced by non-issues like rewriting of the country’s history, the Taj Mahal controversy, love jihad, cow slaughter, building of the Ram temple at Ayodhya. This has led to cracks in the Prime Minister’s Teflon image.

Social strife, use of violent means to settle political scores, intolerance, mutual distrust among different strata of society and fear among minorities, particularly among Muslims, is on the rise.

There is a general belief today that the Congress alone can take on the BJP. People are looking towards the Congress with hope. They expect the Congress to rise to the occasion to win people’s confidence.

The task for Rahul Gandhi is clearly cut out and he has to prove himself now by taking the old and young leaders along. By announcing the incumbent Chief Minister of Himachal Pradesh, Veerbhadra Singh, to be the party’s chief ministerial face in the recently concluded elections, Rahul Gandhi displayed political maturity and understanding. He has sent a signal that he is ready to work with the old guard and is prepared to accept the ground political reality.

In Gujarat too, which will be going to polls later this month, Rahul Gandhi has been able to evoke popular response during his recent tours to the State. This seems to have rattled and unnerved the BJP’s State and central leadership. Modi, who had been the Chief Minister before taking charge at the Centre, has visited the State four times in October alone. It is more than evident now that the Modi government has put pressure on the Election Commission to delay the dates of Assembly elections in Gujarat, reflecting the nervousness.

If the Congress is able to improve its electoral tally in Gujarat and come close to power, then it will be a huge boost for the Congress for the 2019 Lok Sabha elections. This may even influence outcomes of other Assembly elections next year. The credit for this obviously would go to Rahul Gandhi and his leadership will come to be accepted not only by his own party men and women but also by people at large.

Relatively positive outcomes in Himachal and Gujarat Assembly elections would set the stage for the Gandhi scion to establish his credentials but the road ahead is far more arduous and difficult. He would have to build the organization patiently, stock by stock, taking both old and new leaders together.

Assessing the party’s strengths and weaknesses, Rahul Gandhi would have to steer the party’s course on coalition politics. The new Congress chief would have to display resilience and understanding that he can take along like-minded political parties and is ready to share power. The task for Rahul Gandhi is huge, but not impossible.