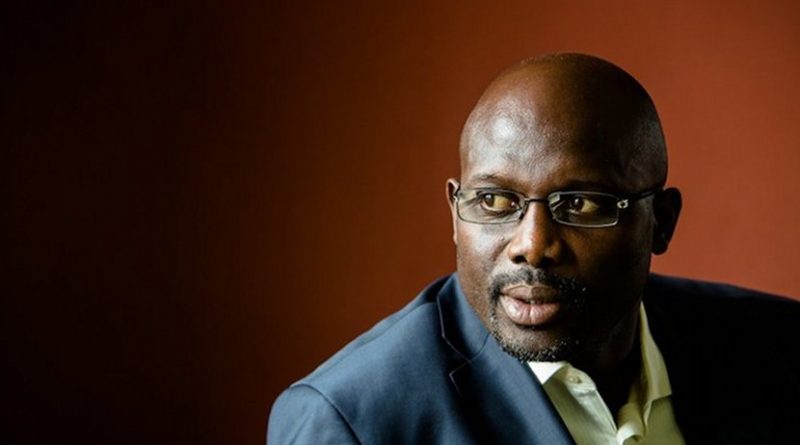 George Weah, Liberia’s president-elect, declared the country open to investment and pledged to tackle entrenched corruption, in his first speech to the nation since decisively winning an election on December 30, 2017.

Speaking at a press conference at his party headquarters, Weah thanked his predecessor, Nobel Peace Prize laureate Ellen Johnson Sirleaf, for enabling Liberia’s first democratic transition in over 70 years but said he was determined to usher in sweeping changes.

Weah, 51, faces sky-high expectations from young supporters who are desperate for jobs and better wages.

“You’ve got a very marginal, small group of people who are doing exceedingly well and then a large majority who are just barely scraping by,” Robtel Neajai Pailey, a Liberian academic, told Al Jazeera.

“A large population of the under 35-year-olds are the ones who showed up in large numbers to elect Weah,” she said.

Weah faces the messy reality of reviving an economy gutted by low prices for chief exports rubber and iron ore and dwindling donor support. Unlike Sirleaf’s 35 years of global experience, his only experience in government office has been his three years as a senator, representing Monrovia, a time during which his opponents criticized him for failing to speak up during legislative sessions.

President-elect Weah emerged from the Monrovia neighborhood of Gibraltar with an uncanny ability to weave behind a soccer ball all the way up the pitch, and eventually gained fame as a world-class striker for the Italian team A.C. Milan. He won the soccer world’s greatest individual honour, the Ballon d’Or, and was named by FIFA, soccer’s governing body, as the African Player of the Century.

He never got to compete in the World Cup, because Liberia was engulfed by civil war, instigated by President Charles Taylor, during the height of Weah’s soccer years and was unable to muster up 10 other players good enough to qualify.