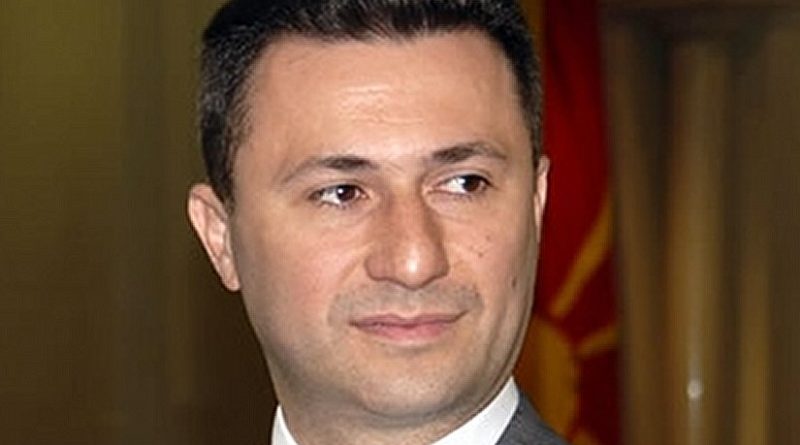 In his first interview since fleeing Macedonia, former Prime Minister Nikola Gruevski repeated allegations that there was a plot to kill him in jail – and denied that his escape was agreed with the new government.

In his first TV appearance since he escaped from Macedonia to Hungary in November last year, former Macedonian prime minister and former VMRO DPMNE party leader Nikola Gruevski said he fled from Macedonia after “reliable sources” warned him that the new government was plotting to assassinate him.

“At first, I was planning to go to jail … but in the last days [before he was due to start serving his sentence] I received information about my planned liquidation in jail, not immediately but after a certain period, so I changed my mind,” Gruevski told Macedonian TV Sitel in Hungary, in an interview aired on Saturday.

He did not disclose any motive for his alleged murder, but said he received the information from “reliable sources” and from “persons well informed about the conditions inside the jail”.

Gruevski was found guilty of the illicit purchase of a luxury limousine. He was supposed to report to start serving his two-year jail term on November 9, 2018, but failed to do so.

He escaped to neighbouring Albania and, with the help of Hungarian diplomats, managed to reach Budapest and apply for asylum there.

Gruevski, whose passport had been confiscated at the time of the escape, said he crossed over into neighbouring Albania “very simply”. He refused to clarify whether he had exited Macedonia via a legal border crossing.

“The [Macedonian] authorities boast that they will uncover everything, so let them do that,” Gruevski answered ironically.

Gruevski said that once he reached Albania, he asked the Hungarian embassy in Tirana for political asylum in Hungary, after which Hungarian officials assisted his trip to Budapest. He denied having contacted the Hungarian authorities before the escape.

Responding to claims that his escape might have been agreed with the new Social Democrat-led government of Zoran Zaev, Gruevski insisted that he got no help from that quarter.

“If the government [in Skopje] could harm me in some other way, they would do that. But help me? That is out of the question,” Gruevski said.

Gruevski said he chose Hungary for asylum because the country is an EU and NATO member and has “safe institutions”.

He said that in Budapest, an undisclosed friend had found him a place to stay, and that he maintains many contacts with friends in both Hungary and Macedonia, including former party colleagues. He said he receives many visitors from Macedonia.

After he escaped, Macedonia filed an extradition request with Hungary. The authorities in Skopje have launched an investigation into his escape but have yet to disclose their findings.

Asked whether he feared being extradited, the fugitive former leader said that was up to the Hungarian authorities to decide on the matter. “I cannot say. I did what at the moment I thought was the best, to protect my life,” he replied.

Gruevski was prime minister of Macedonia from 2006 to 2016. His VMRO DPMNE party was ousted in 2017 after a prolonged political crisis in which he and his close associates were accused of authoritarian rule and corruption.

Several other court cases and investigations against Gruevski are ongoing in Macedonia.

Gruevski told the TV station said that he was not interfering in the affairs of his former party but added that one day, after the “politically motivated pursuit” of him has ended, he plans to return home to Macedonia.