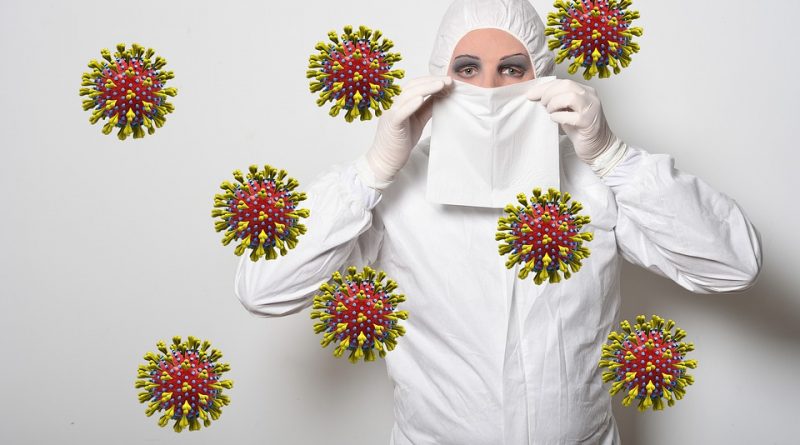 At some point, it seemed like a slow burner, gathering attention with each press release from the World Health Organisation.  When talking about a threat, language is everything.  With more cases of COVID-19 being identified, the panic that comes from paranoia, suspicion and good old distrust is beginning to thrive.

The signs of this vary in nuance: full blown siren calls regarding health warnings to a conspicuous absence of certain food items in stores.  Then come the gentle prods, such as that of Ian Goldin of Oxford University. “The spread of coronavirus around the world is alarming, but not surprising,” he observes from the pulpit of the Financial Times.  “Globalisation creates systemic risks.  As trade, finance, travel, cyber and other networks grow in scale and interact, they become more complex and unstable.”

Goldin reminds us of chaos theory, and its father, Edward Lorenz, who postulated that a butterfly flapping its miniscule wings over Brazil might incite the violence of a tornado in Texas.  Globalised diseases and epidemics are similarly instances of “a butterfly effect”, leaving authorities woefully unprepared.

Less gentle are the screams and howls of social media networks.  In 2013, New Zealand sociologist Robert Bartholomew likened the role of information sharing through social media networks as akin to the frightful gossip that led to the hanging of 19 people in the Salem Witch trials of 1692 and 1693.  Bartholomew was focusing on a case at Danvers, where two dozen teenagers at the Essex Agricultural College claimed to be having “mysterious” vocal tics and hiccups. The result?  Mass psychogenic illness (MPI), a form of conversion disorder that itself becomes a contagion.

In all of this, warned Bartholomew, social media had played and would continue to play a role, agitating the spread.  There was a “potential for a far greater or global episode, unless we quickly understand how social media is, for the first time, acting as the primary vector or agent of spread for conversion disorder.”  His warnings were valid enough: epidemics might spread, but social media would fan the contagion, making it “just a matter of time before we see outbreaks that are not just confined to a single school or factor or even region, but covering a disperse geographical area and causing real social and economic harm.”  The medium would itself become the means of transmission.

Political and medical announcements, acting upon by media discussions and analysis, have also done their bit go give COVID-19 a rapid spread.  The news site for the Australian Broadcasting Corporation persists in running a red banner like a gory tickertape, updating readers on the next identified case: “Breaking News: A 10th person has tested positive for coronavirus, according to the state’s Health Minister.”

The Australian Attorney-General Christian Porter is sufficiently alarmed to contemplate bringing in the heaviest of responses, activating biosecurity laws that will serve as nasty measures of population control.  The contagion, it seems, is spreading to the national security state itself.  On March 3, Australia’s chief health officers met to consider “social distancing” restrictions, while Porter chewed over laws introduced in 2015 that would give the minister power to prevent people from attending mass gatherings, forcibly detain and decontaminate targeted individuals.

The Attorney-General could not help but sound slightly sinister in addressing questions posed to him on RN Breakfast.  “It’s very likely Australians will encounter practices and instructions and circumstances that they have not had to encounter before.”  With a totalitarian sensibility, Porter suggested that some of these measures “will be, in some instances, strange and foreign to many Australians.  But they will become very important, I suspect, over the next couple of months.”

Other suggestions, tips and responses have reached the level of the absurd.  New South Wales Health Minister Brad Hazzard (a name that could only be deemed unfortunate in these circumstances) has warned against shaking hands.  “At a time when we have a virus that appears to be reasonably active in its endeavours to get into our community … it will be sensible not to be handshaking.”  Not that Australians could not kiss, “but certainly you would be exercising a degree of care and caution whom you choose to kiss.”  Good for Hazzard to be discriminating in the matter.

Such disease chat has had its rushing effect.  Australians have engaged in a spree of panic buying, emptying supermarket shelves of toilet paper and other essentials. Infectious disease specialist Professor Peter Collignon is bemused by it all.  By all means, have that supply of critical medicines and a decent stash of over-the-counter products.  “You don’t need boxes and boxes of the stuff.”  As for food, Australia remained a net exporter of food.  “You’re not going to run out of food, you might not have same choice of foods but you won’t be left without.”

Such talk seems eminently sensible, and is bound to end up in the bin of pointy-headed expertise.  Consumers and citizens have succumbed to that other great and near incurable contagion: a loss of trust in information.  Can the figures identifying the virus be trusted?  Are the authorities engaged in their own sordid cover-up?  Panic and anxiety, helped to giddying proportions by rumour, have done their best to destroy any reassurance.

Even efforts to sound calm and measured risk upending apple carts.  The President of the European Commission, Ursula von der Leyen, gave an update on the spread of coronavirus in the European Union that did as much to disturb as inform.  “The ECDC (European Centre for Disease Prevention and Control) announced today that the risk level has risen from moderate to high for people in the European Union.  In other words, the virus continues to spread.”

The degree of concern has risen as much due to speed as the number of cases.  On Sunday, Italy registered a jump of some 50 percent of coronavirus cases.  Across the EU, there are 2,100 confirmed cases across 18 member states.

European Commissioner for Health and Food Safety Stella Kyriakides notes the difficulties in responding to COVID-19 but suggests that all states work collectively to resolve it. “Now is not the time for panic or misinformation, which fuels anxiety. We need to remain calm, focused and united.”  With each call for calm, anxiety is showing itself in different colours across the globe, becoming louder with each official statement.  The butterfly’s wings continue to flap, and the tornadoes continue to come.

Home » Daring To Kiss: Coronavirus And The Butterfly Effect – OpEd