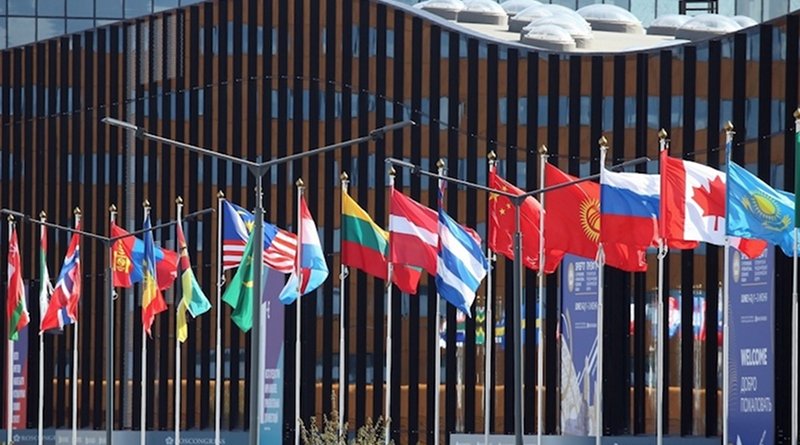 On the eve of the St. Petersburg International Economic Forum (SPIEF-2019), government officials and tourism experts have been looking at systematic ways to remove barriers, adopt marketing strategies to improve the current inbound tourism figures and get effective institutional organizations to promote Russia’s image.

The SPIEF-2019, which has the theme ‘Creating a Sustainable Development Agenda,’ will take place on June 6-8 in St. Petersburg, Russia’s second-largest city after Moscow, with 5 million inhabitants in 2012.

The official opening ceremony of the Forum on June 6 will be attended by UN Secretary-General António Guterres, Eurasian Economic Commission Chairman of the Board Tigran Sargsyan, President of Moldova Igor Dodon, and Russian First Deputy Prime Minister and Minister of Finance Anton Siluanov. The meeting will be moderated by NBC News correspondent Keir Simmons.

According to Olga Golodets, Deputy Prime Minister of the Russian Federation, each year, the tourism industry adds points of interest. There was an up of almost 15 percent in 2018. The domestic tourism flows totalled 60 million people. Inbound tourism to the Russian Federation was just over 24 million.

Golodets strongly believes that infrastructure development drives tourism. She gave the example of the improvement of infrastructure in the Crimea, Russia’s newly created autonomous region.

The industry’s development is primarily due to the public-private partnership scheme and better business climate that has encouraged and attracted foreign hotels. The number of hotels has increased by 40 times, the number of restaurants has also grown by 25 times, and the number of items on display has increased by several dozen times, observes Oleg Kuvshinnikov, Governor of Vologda Region and Chairman of the Healthy Cities, Districts, and Villages Association.

Some state officials argue that tourism infrastructure remained underdeveloped due to poor investment. Besides, there were shortcomings in the regulatory framework for investment control by the Russian government. Due to constraints, says Sergey Galkin, Deputy Minister of Economic Development, “there is a disastrous lack of investment in infrastructure”.

Increasing investment efficiency and enhancing the level of interagency and interregional collaboration are necessary for creating some models in the industry, according to the Deputy Minister.

“As for a model, it should include an interagency component because tourism is not actually a single industry, but an assembly of elements from various industries. And here, interagency collaboration is a key element of success,” Galkin points out.

One of the problems is the low profit margin of the tourism business. “The concessional lending program, unfortunately, is not working as we would like.” The figure stood at 6.5 percent, now it stands at 8.5 percent. Investments have been paying for about 10 years. But these are far form “entirely effective,” says Sergey Kirvonsov, Deputy Chairman, Committee of the State Duma of the Federal Assembly of the Russian Federation on Physical Culture, Sport, Tourism, and Youth Affairs.

“Business has seen a catastrophic increase in costs, and we are all adding to the product. And we are becoming uncompetitive. As a result, Sochi and Crimea are starting to lose out to Turkey. The resort tax and its administration have been shifted onto the shoulders of business,” notes Aleksey Kozhevnikov, Senior Vice President, Russian Export Center (REC).

“We came up with the ‘Green Corridor for Tourists’ program. It’s a green corridor for business. We have developed a whole system of benefits: they include tax breaks, a reduction in the service delivery time, support for investment projects, and free connection to utilities,” says Alexander Drozdenko, Governor of Leningrad Region.

Expert research shows that foreign tourists are increasingly interested in luxury hotels and resorts with perfect service, well-trained and dedicated workforce with passion for service excellence, a charming and fascinating mixture of Russian culture and modern life, good infrastructure with wonderful road networks and airports.

The general lack of knowledge and information about Russia’s tourism destinations continues to be a major challenge. What seems to be important now is identifying priorities in the tourism sector. Russia is a huge country, but its resources are limited. There is no way to develop all 85 regions within a short period.

“You can create a tourism product from Russia that can satisfy any demand as a promising unique tourist destination. We must not miss-out on the wave of the 2018 World Cup legacy. These opportunities need to be used in the most concentrated way possible,” suggests Zarina Doguzova, Head of the Russian Federal Agency for Tourism.

Foreign Ministry’s Spokesperson Maria Zakharova, during her weekly media briefing, expressed great satisfaction and added that the Ministry continued receiving messages about the enthusiasm regarding the organization of the World Cup, the atmosphere surrounding the event, infrastructure and the country in general.

According to official reports released by the Presidential Press Service and the Presidential Executive Office, the initiative was crafted to promote public diplomacy and raise Russia’s image abroad.

Referring to the opening of the World Cup, President Vladimir Putin said: “We prepared responsibly for this major event and did our best so that fans could immerse themselves in the atmosphere of a magnificent football festival and, of course, enjoy their stay in Russia – open, hospitable, friendly Russia – and find new friends, new like-minded people.”

As a further step, the Russian Foreign Ministry has also signed bilateral visa-free travel agreements with Asian countries, for example, China, Japan and South Korea, and with more than ten Latin American countries to promote the tourism industry.

According to officials, it “opens wide possibilities for the development of business, cultural, humanitarian and tourist contacts” and Moscow plans to take further steps to expand the geography of visa-free travel for Russian nationals and foreigners.