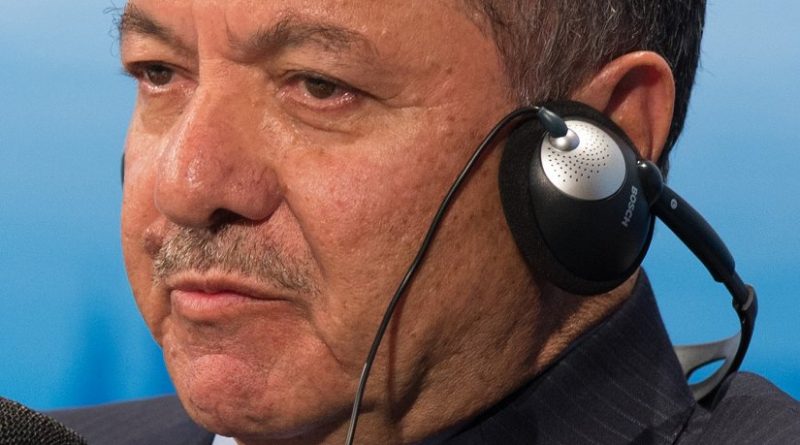 Despite opposition President Barzani is standing firm on his decision to conduct the referendum as scheduled, hoping to realise Kurds’ dream.

Iraqi Kurds are nearing a watershed moment. The President of the Kurdish regional government, Mr Masoud Barzani, has declared to conduct a referendum on September 25 to decide the fate of Iraqi Kurdistan. This is going to be watched closely by the world.

This great moment, however, seems to be dividing the Kurds, who make up for 16 percent of Iraq’s total population, on political lines. While Barzani’s Kurdistan Democratic Party wholly supports the referendum, other important Kurd political parties, the Patriotic Union of Kurdistan (PUK) and Gorran (change) are not so enthusiastic about the referendum. Though the PUK hasn’t unequivocally rejected the referendum call, it has instead put conditions before Barzani. While Gorran has asserted that the referendum does not represent the ambition of all the Iraqi Kurds.

Importantly, the referendum is also being opposed by Baghdad as well as regional powers — Turkey and Iran, while the United States and the European Union are yet to take a clear position, isolating Barzani further. After the US invasion in 2004, Baghdad had made a special constitutional arrangement to give Kurds region substantial autonomy. Since 2005, the region has experienced good economic boom. However, the Kurdish national aspiration was recently challenged by the zealous IS.

In fact, such a referendum could have been a huge success during the tyrant rule of the Ba’athists under Saddam Hussein or even post 2004 US invasion. But the situation began to change after Barzani’s KDP came to power in June 2005. As Barzani strengthened his grips on power and began to behave in dictatorial way, political opposition to him also started increasing and this too has resulted in the present opposition to the referendum.

In fact, the political scenario underwent a major change even as PUK and Gorran — the two prominent parties — united against the dominant KDP. The PUK was earlier an ally of the KDP, while Gorran was formed by Nawshirwan Mustafa, who was himself part of the PUK leadership. Though both the KDP and the PUK espouse Kurdish nationalism, the latter parted ways largely due to the growing authoritarianism of Barzani. This kind of political alliance has dealt a major blow to Kurdish political unity and divided Kurds in the referendum.

While the KDP has called for the referendum to decide the fate of the Kurdish nationalism, both the PUK and Gorran seem to prefer reconciliation with Baghdad. Iraq has had a history of turbulent relations with Kurdistan over issues like sharing of oil revenues, control over the territories liberated by the Kurds and now with KDP’s demand for referendum.

Contrary to the popular rhetoric, Kurds are divided along sectarian lines. Shia Kurds or Faili Kurds have had a hard time in becoming a part of a greater Kurdish Identity. Further, regional and tribal lines deepen existing schisms. That means Kurds are far from being a homogenous group. Their division manifested in the rivalry between the PUK and the KDP who fought for the control of Kurdish identity and territories. The civil war between the rival Kurdish factions in the aftermath of the Gulf war in 1991 had a deep impact on the Kurdish nationalism, which can be called as a modern phenomenon with elements of modernity like Kurdish language and the British Iraqi state playing a major role in its formation. Kurdish nationalism can be divided into three phases which witnessed the coalescing and fragmentation of political unity of the Kurds.

This phase deepened the gulf between the two major nationalistic parties. In 2014, the IS offensive in Iraq unleashed Kurdish nationalism, strengthening Kurdish resistance and the will to fight the IS. At this moment, cooperation (or the lack of it) among the Syrian and Iraqi Kurds seems to be well documented. The PYD (Democratic Union Party) had better relations with the KDP’s rival PUK, making the dynamics of Kurdish resistance complex and scattered. It was only in the historic siege of Kobane that Kurdish factions united and supported each other.

Today, the military operations against the IS have reached the end having left a much weaker Baghdad and an economically independent Iraqi Kurdistan. In this situation, the  referendum could again trigger something unexpected. In fact, the demand for independence also varies within the Kurdistan, where political parties might mobilise support against independence just for the sake of opposing the KDP.

If Barzani and his party KDP goes ahead with the referendum, it would further deepen the schisms between the Kurds who till now had been fighting the state tyranny in Iraq, Turkey, and Syria. Within Iraq, it could augment the marginalisation of the Shia Kurds who are scattered all over the country. It is also wise to question the inclusion and safety of the ethnic and religious minorities residing in the Kurdish territories who today enjoy representation in the Iraqi parliament, post the referendum.

For the unity of Kurds, Barzani should take the PUK and  Gorran in confidence along with other regional and international actors. An independent but isolated Kurdistan would still have to depend upon Baghdad and other regional powers for its existence and security.  So, it is better to delay the referendum and wait for the internationally supported national reconciliation which undermines regionalism and sectarianism helping to construct a pervading Iraqi identity.

Hence, the referendum, if held as scheduled or later, is going to be symbolic and a sovereign Iraqi Kurdistan could trigger a more aggressive campaign by their counterparts in Turkey, Syria and Iran.

However, if a consensus within and outside Kurdistan is reached, it could open the gates for Indian businesses and expertise which would be driven by the reconstruction efforts post IS defeat. New Delhi could then emulate the approach it has taken in helping to rebuild the war-torn Afghanistan.

*The author is a Research Intern at Observer Research Foundation, Delhi