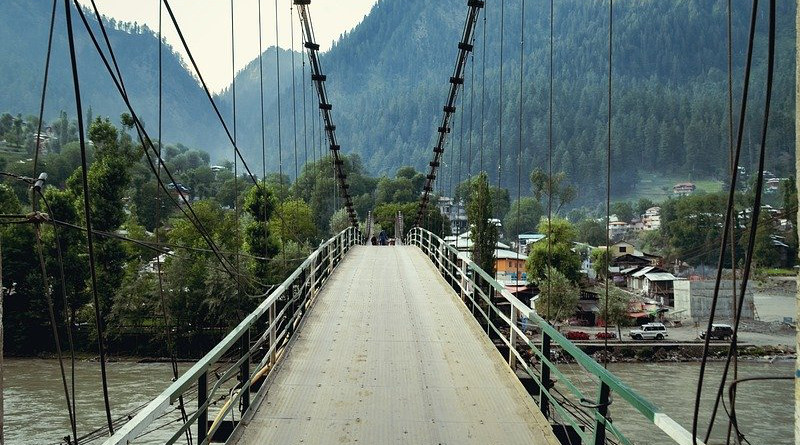 This Wednesday (Aug. 5), India’s Muslim-majority Jammu and Kashmir (J&K) region will mark its first year after the abrogation of the controversial Article 370 by the Indian government.

On Aug. 5, 2019, the Indian government took some extraordinary measures to remove the special status of the troubled region of J&K, a state of 13.80 million people. As a result, the J&K state was divided into two regions, namely Jammu and Kashmir, and Ladakh. Both J&K and Ladakh became union territories (UTs) on Oct. 31, 2019, under the Jammu and Kashmir Reorganization Act.

As a UT, J&K came into the direct control of the central government. What happened during the last year in J&K? Was there any major change in people’s lives? What about the security situation?

During the last 12 months, Jammu and Kashmir, a troubled region mired with separatist activities and terrorism, witnessed a 40 percent decrease in violence.

According to the Report of the Forum for Human Rights in Jammu and Kashmir July 2020, in 2018, J&K suffered 597 terrorist attacks on security forces and civilians, resulting in 452 casualties. A year later, tight security and precautionary measures were able to bring the number of attacks down to 369, with 283 resulting casualties. The same trend continued for the last seven months of this year.

It may be noted here that Pakistan, which controls a portion of J&K, is allegedly behind the terrorist attacks and social unrest in India’s J&K.

For more than 70 years, Pakistan, has been relentless in its attempt to occupy Jammu and Kashmir. According to India, Pakistan has conducted wars, terrorism, infiltrations, truce violations on the Line of Control (LOC), and provided funding and weapons to separatists. Pakistan denies these allegations, but admits giving moral and political support to separatist groups in J&K. India says there is a strong evidence for Pakistan’s hand in the violent activities plaguing J&K.

But former Pakistani President Pervez Musharraf (2001 to 2008) had admitted in an interview last year that Pakistan had been providing military training to Kashmiri separatists in Pakistan.

Pakistan has been providing money, weapons and terrorist training to Kashmiri militants and local youth to conduct terrorist activities in the J&K region. On Feb. 14, 2019, Adil Ahmad Dar, a local youth trained by Pakistani extremist organization Jaish-e-Mohammad, launched a suicide attack on a convoy of security forces in Pulwama, J&K, killing 40 security personnel.

Pakistan is accusing India of suppressing the aspirations of the Kashmiri people for separation from India. Due to frequent attacks, Indian security forces tightly control J&K.

Fortunately, this last year has seen peace and stability slowly returning to J&K. According to various reports from the ground, one can see smiles on people’s faces instead of fear and terror. How did this happen?

The government is tirelessly working with all cities and villages. Officials at all levels have been given full power to solve the problems of the people without any bureaucratic delays.

There are still numerous villages in J&K that do not have electricity. But now, for the first time, people in these remote areas will have access to electricity.

Power generation was increased to 3,417.13 megawatts as of March 2020 after the completion of several new power plants in J&K.

In just one year, the government opened 50 new colleges, including seven new medical colleges. The government is also planning to open two advanced medical institutions, which are called All India Institute of Medical Sciences (AIMS), in Jammu and Kashmir. The number of medical seats in the area have been doubled as the government wants to turn Jammu and Kashmir into a hub of medical tourism. However, the COVID-19 pandemic has disrupted academic activities.

Since J&K is now administered directly by the central government, corruption rates have dropped at various levels. More funds have been allocated to various infrastructure projects, including the building of roads, railway lines, bridges, schools, hospitals and dams.

Among the development projects, Indian Railways is currently building the world’s highest railway bridge on Chenab River in J&K. The 467 meters-long bridge is being built at a height of 359 meters from the riverbed level. This bridge will be much taller than the Eiffel Tower in Paris, which has a height of 324 meters.

Furthermore, work is in progress to build over a dozen roads in the Jammu and Kashmir regions. These infrastructure projects, especially roads and railway lines, not only connect various towns and cities in J&K, but also with the rest of India.

Despite the effects of COVID-19, J&K exported $146.57 million worth of goods, mainly horticulture products and handicrafts, to foreign countries from April to December 2019.

J&K used to be a major tourist attraction in India until the tourism sector became disrupted by terrorism and COVID-19. Efforts to revive tourism in the region is one of the goals of the current government.

From this state budget, Rs 38,764 crores was allocated for development projects, a 27 percent increase from the 2019-2020 state development budget.

The government was able to provide pensions for elderly citizens, merit scholarships to students, and supplementary nutrition for lactating mothers and pregnant women in a span of a year. It also provided free medical health insurance to all people.

All these programs, along with a peaceful and stable environment, have led to an increase in J&K’s happiness index.

The people who are in need of assistance but are not covered under the ISSS can receive pensions under the National Social Assistance Program (NSAP).

Around 600,000 students in J&K have been awarded pre- and post-merit scholarships during the last 12 months. There are many other welfare programs as well.

Last year alone, the government spent Rs 1,705 crores for various welfare programs, which has helped around 4.5 million people in J&K.

Given the presence of Pakistan-sponsored separatists, armed militants and international terror organizations, like al-Qaeda and Islamic State of Iraq and Syria (ISIS), the government must always be on the alert to prevent future attacks.

Once the violence is contained, connectivity improved, the investment climate enhanced and the tourism industry revived, the people of J&K will certainly prosper and live in peace. The new union territory of J&K is moving in the right direction.

However, the status of ‘union territory’ is not good for Jammu and Kashmir.
Luckily, there was a positive sign from Indian Prime Minister Narendra Modi Modi about the future of Kashmir.

“The government will work with all sections of the population to realize the hopes of statehood for Jammu and Kashmir at an early opportunity,” Modi said on March 14, 2020 while meeting with a 24-member delegation from Jammu and Kashmir led by Apni Party leader Altaf Bukhari in New Delhi.