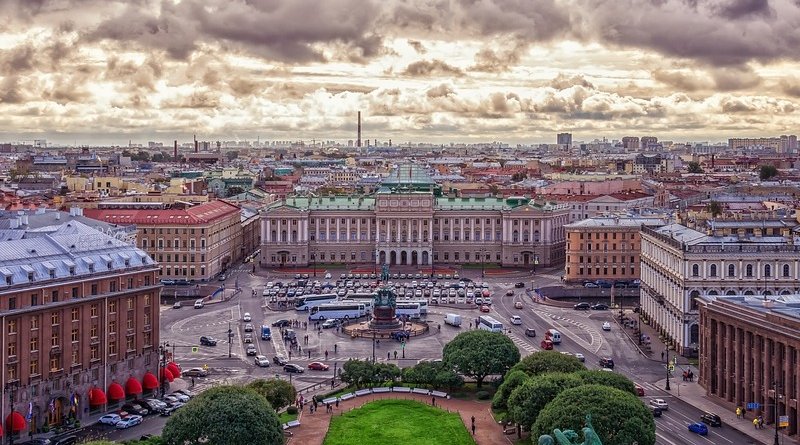 Russia continues to actively prepare for the SCO Summit in St. Petersburg, which was postponed to autumn due to the coronavirus pandemic. This was announced by Deputy Foreign Minister of the Russian Federation Igor Morgulov in an interview with TASS First Deputy Director General Mikhail Gusman in early July.

“Of course, preparations for the SCO Summit is our main task at the moment, and we are actively working on this. […] We are now working on details of a St. Petersburg declaration, which will be submitted for approval of the [SCO] leaders. We are also planning to pass a number of statements on international issues and certain economic documents, work on which is also underway,” he said.

According to Igor Morgulov, the decision to postpone the summit to autumn was supported by all member countries of the organization.

“But again, [..] if the epidemiological situation in the SCO space, which regretfully remains difficult, allows us [to have a summit in autumn]. We have to admit this,” the deputy foreign minister said.

He stressed that the restrictions imposed by the SCO member countries were affecting practical cooperation within the framework of the organization and the amount of contacts between ministries and departments; however the organization has passed “the strength test” and has demonstrated its ability to adapt to new realities.

“Major events were held online – a meeting of the foreign ministers, heads of the sanitary-epidemiological services, tourist organizations, experts in the sectors of healthcare, transport and finance,” he explained.

The SCO and BRICS summits were supposed to be held in St. Petersburg on July 21–23. On May 27, the Kremlin press service announced that the events were postponed because of the coronavirus pandemic. The Kremlin noted that the “new dates for the summits will be determined depending on further development of the epidemiological situation in the member states and in the world in general.”

According to some observers, the upcoming negotiations are extremely important, since during the 20th SCO summit it is planned to adopt a new five-year action plan to implement the Organization’s Development Strategy until 2025. Its project includes about 150 activities aimed at further expanding cooperation between the member states of the organization.

Summing up the interim results, the SCO Secretary-General Vladimir Norov said that the first five-year term of the strategy “demonstrated its effectiveness and its goal to further strengthen and develop mutual trust and facilitate long-term peace in the region and the world as a whole.”

According to him, the strategy continues promoting multi-sided regional cooperation, political stability and security, expanded economic cooperation, joint development and the prosperity of the SCO nations.

“The practical result of this strategy was India and Pakistan joining the SCO. The organization has assumed a pronounced transcontinental character. It has strengthened its attractiveness and high rating of openness in the international arena. It has also given impetus to the dynamic development of international contacts of the SCO. To date, official connections have been established with more than ten international and regional organizations, including the UN and its specialized agencies – ESCAP, UNESCO, FAO and UNWTO. The fruitful cooperation with ASEAN has strengthened, it is planned to adopt a joint action plan with the participation of UNODC. Of course, the SCO has shown its commitment to traditional close ties with the CIS, CSTO and CICA,” Vladimir Norov reminded.

“The phenomenon of the successful progressive development of the SCO is that member states firmly and consistently follow the ‘Shanghai spirit’ embodying mutual trust, mutual benefit, equality, mutual consultation, respect for multiculturalism, the desire for joint development,” the SCO Secretary-General stressed.

Analyzing the probability of holding the SCO summit in offline format, Taisiya Marmontova, professor at the Institute of Diplomacy at the Academy of Public Administration under the President of the Republic of Kazakhstan, drew attention to the fact that the organization of any events today is subject to the situation around the COVID-19 pandemic.

“As you know, the SCO summit was already supposed to have taken place, however, due to known circumstances, its dates were shifted to autumn. In general, the situation is rather unstable. If Russia reports on a decrease in infections and minimizes hospital beds, then in Kazakhstan the number of cases is seriously growing. At the same time, China, having confidently passed the first peak, is trying to fight local outbreaks,” the expert said.

“It is difficult to say with certainty when, in what format and way the representatives of the Shanghai Cooperation Organization are going to meet, but this is definitely necessary, since the leaders need to make sure they are on the same page in the context of the new post-coronavirus situation,” she added.

Speaking about the results of the SCO work, Taisiya Marmontova noted that she shares the position of the Secretary General of the organization on the compliance of the current strategy with the national interests of all member states, as well as the interests of their long-term joint development.

Meanwhile, the prospects for the further development of the Shanghai Cooperation Organization, in her opinion, will be closely related to what the world will be like after the end of the pandemic and how the governments of the countries will restore interstate relations that suffered during the period of forced isolation.

Vasily Kashin, Senior Researcher at the Center for Comprehensive European and International Studies at the National Research University Higher School of Economics, Leading Researcher at the Institute of Far Eastern Studies of the Russian Academy of Sciences, expressed the opinion that the prospects for holding the summit are “not entirely predictable,” adding, however, that the return of severe restrictive measures because of the coronavirus in Russia is not expected so far. In his opinion, this makes the probability of holding the event in the usual format rather high.

Answering the question about the organization’s activities, the expert recalled that the official documents developed within the SCO provide for various numerous areas of cooperation and interaction, including the economy, infrastructure and the humanitarian sphere.

“Real goals and objectives exist in the field of security, anti-terrorist cooperation and confidence-building in the military sphere, as well as, in part, in coordination on some international problems. The SCO in the main is solving these tasks. Within the framework of the organization, a very high level of military cooperation and cooperation of special services is ensured,” Vasily Kashin said.

According to him, India and Pakistan’s entry into the SCO has complicated the coordination and development of decisions within the framework of the union, but at the same time created new opportunities for Indo-Chinese cooperation.

“The organization will continue to be in demand, especially considering the prospects for the development of the situation in Afghanistan. The countries […] are interested in continuing joint exercises and expanding various multilateral and bilateral channels of interaction,” the analyst said.

“Nevertheless, one should not expect any rapid deepening of cooperation and its spread to new areas. The pandemic makes little difference here. For economic cooperation, Russia has the EAEU, and China has the Belt and Road, humanitarian and medical assistance is provided on a bilateral basis,” he explained.

In turn, Ilgar Velizade, Head of the Baku-based South Caucasus Club of Political Scientists, expressed the idea that the current situation in the world actualizes the issue of improving coordination between the countries of the union to overcome the pandemic consequences.

“From this point of view, the holding of the SCO and BRICS summits in autumn can be considered as urgent,” he stressed.

In his opinion, the platform of the Shanghai Cooperation Organization is the most effective one for interaction between such antagonistic countries as Pakistan and India, India and China.

“In principle, precisely because of the aggravation of relations between these states, the forecasts for the implementation of the program-2025 cannot be called optimistic. In the past five years, the states of the organizations have made efforts to overcome their contradictions, but Indo-Chinese trade and economic tensions against the background of aggravated border disputes have significantly worsened the situation. In addition, the spread of the COVID-19 pandemic also did not contribute to the implementation of previously set goals,” the political scientist said.

From his point of view, the countries need to interact and maintain dialogue in the face of the pandemic.

“The SCO works within the framework of a dynamically changing system of international relations, and a more effective functioning of this organization is possible only with the reducing risks arising from destabilization in the world politics,” Ilgar Velizade said.

According to Erlan Madiev, Expert at the Institute of World Economy and Politics (IMEP) under the Nursultan Nazarbayev Foundation, the coronavirus pandemic has made the need for international cooperation more urgent than ever.

“COVID-19 has become a powerful catalyst for global change, affecting almost all spheres of human life. In this sense, the next SCO summit should become, first of all, a collective response of the organization’s members to the range of challenges and problems that the new reality is shaping,” he said.

In his opinion, the leaders of the states need to revise the general approaches of the SCO in the security sphere, adapting them to new challenges.

“Dangerous transnational viruses are becoming an integral part of our life, and this cannot be ignored. […] In general, against the background of the increasing likelihood of such problems, the SCO countries need to expand cooperation in the area of sanitary and epidemiological services, especially notification of potential risks, as well as exchange of information regarding the current epidemiological situation in the countries,” Erlan Madiev explained.

According to him, the members of the organization have not yet managed to fully bring into action the powerful potential that the Shanghai Cooperation Organization possesses.

“Its members occupy a large part of Greater Eurasia, the organization includes two members of the UN Security Council, and with joining of such a giant as India, the SCO’s capabilities are indeed acquiring a qualitatively new character. However, the enormous potential of the SCO, primarily its extensive geographical coverage, impose certain difficulties on its development, scattering the focus of its work, as well as ‘stretching’ the organization’s resources,” the expert said.

In his opinion, the SCO today needs to define a list of priority areas of interaction.

“I think that in the context of the global recession, priority should be given to trade and economic cooperation in such areas as digital commerce, transport and logistics, cooperation in the agro-industrial sector,” Erlan Madiev said.

“Assessing the results of the implementation of the SCO Development Strategy until 2025 in the first five years, I would say that during these years the countries laid the foundation for further interaction, which has yet to be filled with real content. […] Maintaining the positive dynamics of cooperation within the SCO will become an important factor in confidence-building throughout Eurasia,” the analyst concluded.
Source: https://penzanews.ru/en/analysis/66781-2020