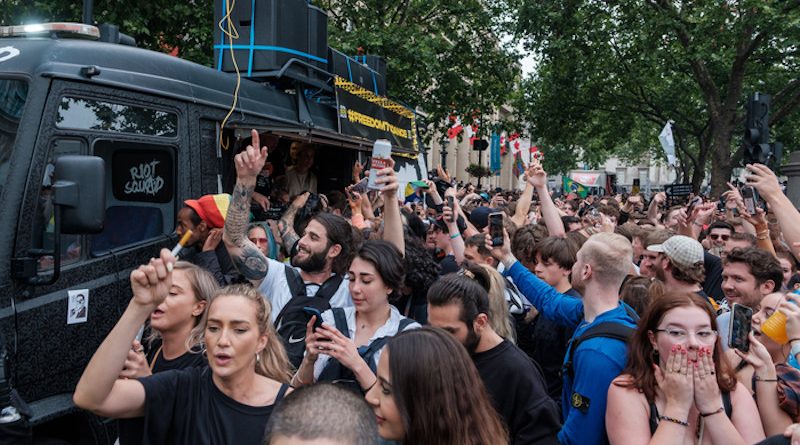 As long as status positions between social groups appear unstable and thus, reversible, people identified with a lower social-status group may feel inclined to reinforce their support for hierarchical relations and inequality. CREDIT: Jeremy Bishop on Unsplash

As long as status positions between social groups are perceived as unstable and thus, reversible, people who identified with a lower social-status group may feel inclined to reinforce their support for hierarchical relations and inequality between groups. By doing so, the group is indeed turning to a long-term strategy where they may engage in collective actions to eventually take over the position, power and resources of the current domineering party.

With their findings, published in the peer-reviewed scholarly journal Social Psychological Bulletin, the research team, led by Dr Catarina L. Carvalho (University of Porto, Portugal), provides the first evidence that the endorsement of ideologies that promote hierarchically structured relationships between groups may actually serve as the stepping stone for lower-status groups up the social ladder. Their work presents a new perspective on what motivates disadvantaged groups to support such ideologies and highlight the importance of including ideological processes in collective action research.

All in all, people in lower status groups may engage in actions to achieve a more advantageous position in the status hierarchy motivated by different concerns. On one hand, such efforts could be aimed at promoting equality between all social groups, for example the civil rights movements. On the other hand, they may feel motivated to compete with another relevant group with higher status in an attempt to claim more power and resources for their group, to the detriment of the opposition. This is the case in sports, university rankings and political elections. Yet, while the former strategy seeks to close the gaps between the parties, the latter effectively legitimates the existing hierarchical social system and status differentials between groups.

In order to test whether members of low-status groups would indeed increase their support for group-based hierarchies and inequality as a strategy to guarantee the legitimacy of their future advantage over the current dominating party, the researchers conducted a survey with 113 first-year university psychology students attending a Portuguese University. The participants were told that they were taking part in a study on different styles of cognitive processing: Inductive and Deductive thinking.

Firstly, the students filled in (bogus) cognitive inventory, supposedly to determine their cognitive processing style. At the end of the task, they received (false) feedback about their thinking style, where all participants were categorised as Deductive thinkers. Then, they learned that, allegedly based on previous studies, Deductive Thinkers (their group) occupied a lower (vs. higher, depending on the experimental condition) occupational status in everyday life. However, additional information was provided pointing out the lack of certainty and replicability of those results.

Then, the participants answered to some control measures, followed by the main measurements meant to assess their social dominance orientation – that is, their support for group-based hierarchies and inequality – and their motivation to get involved in collective actions, including signing petitions and engaging in protests, aimed at promoting the success of Deductive thinkers or against any injustice towards Deductive thinkers.

“In sum, when social competition is favoured, low-status group members may intend to establish and maintain hierarchically structured intergroup relations not only because it serves a palliative function for them, but also because they believe it is possible for their group to achieve a higher status in the existing status hierarchy,” explain the authors of the study.

“However, advances in the status hierarchy and improvement in group status will only be possible if the hierarchical system remains (i.e., maintenance of groups status differentials where one group has more power and prestige than the others) but with an unstable character.”

“This study was developed as part of my PhD project that aimed to explore the idea that, the hope for future ingroup high-status motivation can lead members of low-status group to endorse hierarchy-enhancing ideologies (i.e., SDO) on behalf of ingroup’s interests. This idea challenges previous research and theoretical assumptions stating that members of low-status groups support hierarchical social systems because they feel negatively about their group membership or because it may help them to deal and cope with their disadvantaged position. Thus, from this perspective, SDO endorsement is expected to go against these groups’ interests.”

“Indeed, our results seem to confirm our predictions and expectations that SDO endorsement, among low-status group members, can represent an ideological strategy to maintain the existing hierarchical social system to guarantee a legitimate future advancement of the ingroup within the prevailing status hierarchy, offering a new perspective on why members of low-status group endorse hierarchy-enhancing ideologies.”