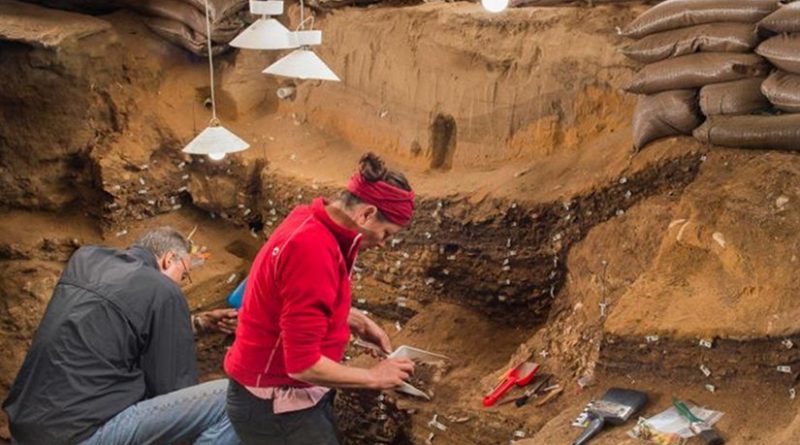 This is the news of a ground-breaking study recently published in the open access journal PLOS ONE. Professor Christopher S. Henshilwood and Postdoctoral Fellow Karen L. van Niekerk from the Department of Archaeology, History, Cultural Studies and Religion at the University of Bergen (UiB) are among the co-authors of the paper. The lead author is Patrick Roberts, from the University of Oxford.

Henshilwood and his co-authors have looked at climatic proxies relative to technological development in the Middle Stone Age of southern Africa. This represents a period of dramatic innovation in terms of subsistence, cultural and technological practices among the humans of the age.

Up until now climate change has frequently been considered a primary driver of innovation in the Stone Age in South Africa. Putting this theory to the test, however, the researchers found that remarkable cultural and technological innovations seen in the sites in South Africa cannot be linked directly to climate shifts.

“While acknowledging that climate and environmental shifts may have influenced human subsistence strategies, the research suggests climate change may not have been the driving factor behind cultural and technological innovations in these localities and encourage context-specific evaluation of the role of climate change in driving early human experimentation,” said Henshilwood.

As part of the study the researchers analysed animal remains from two sites in South Africa’s southern Cape, Blombos Cave and Klipdrift Shelter. The samples were from 98,000 to 59,000 years ago.

According to Henshilwood and van Niekerk, stable carbon and oxygen isotopes from ostrich eggshell may reflect vegetation and water consumption of the animal during its lifetime.

“Studying these animal remains – ostrich eggshell isotopes, along with shellfish and terrestrial fauna – we were able to consider the climatic and environmental variation in this region during the Middle Stone Age and put the climate as driver for innovation theory to a test,” said van Niekerk.

They found that a number of different resources allowed human populations to absorb the changes to the climate that occurred at the time.

“Climate change alone cannot explain why innovation takes place and our research shows that innovation is not dependent on climatic and environmental instability,” Henshilwood pointed out.

“Our research points to the fact that changes in long-distance contact, socio-cultural interactions and population movements may be just as important, or more important, for innovation as environmental drivers,” said van Niekerk.

Home » Technology And Innovation Not Driven By Climate Change