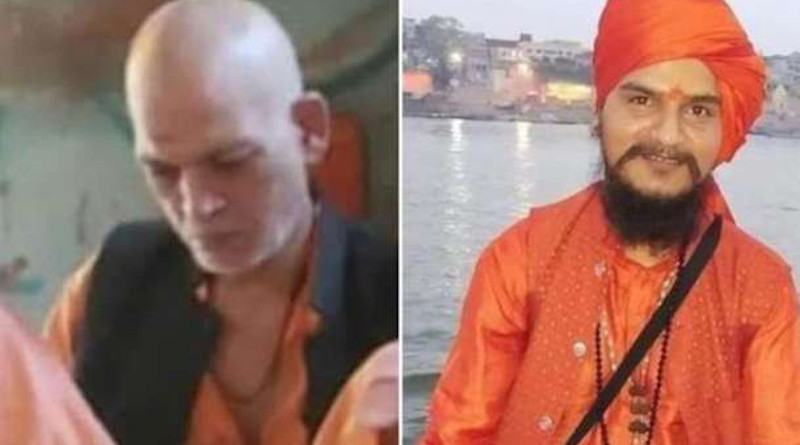 These two Hindu priests and their driver were lynched by a mob in Gadchindhali village in Maharashtra's Palghar district on April 16. (Photo: YouTube)

A fact-finding team led by a Hindu nationalist group in the western Indian state of Maharashtra has blamed Christians and left-wingers for violence that led to the killing of two Hindu priests.

The report by Vivek Vichar Manch, an NGO affiliated to Hindu nationalist group Rashtriya Swayamsevak Sangh (RSS), said the lynching was “anything but spontaneous.”

Vivek Vichar Manch has demanded federal investigation agencies such as the National Investigation Agency (NIA) or the Central Bureau of Investigation (CBI) handle the case.

“It has become fashionable these days to demand a CBI/NIA investigation. The demand made by the so-called fact-finding inquiry would have been more credible had it not come from an RSS-backed organization,” Joseph Dias, founder of the Mumbai-based Catholic Secular Forum, told UCA News.

“After targeting Muslims, it is now the turn of the left and Christians. Our community is known internationally for being non-violent and turning the other cheek and loving even our enemies as Jesus commanded.

“It is the Hindutva elements who are fueling communalism in the Adivasi areas as the tribals are basically animists who believe in nature and have no religion.”

Dias said Christian NGOs operate in Adivasi regions solely to educate and organize tribal people and protect them from exploitation. “The left and Christians are bound to tread on the toes of vested interests who prop up such fact-finding groups.”

Two sadhus (Hindu priests) and their driver were lynched by a mob in Gadchindhali village in Maharashtra’s Palghar district on April 16. They were on their way to neighboring Gujarat state and were mistaken for child kidnappers and organ harvesters.

The lynching was fueled by rumors circulating on WhatsApp of thieves operating in the area during India’s nationwide lockdown to stem Covid-19.

Video footage showed police officers trying to rescue the Hindu priests but the crowd snatched them from the police and lynched them. A total of 115 people were arrested in May in connection with the mob lynching.

The fact-finding team reported that though police were present at the scene, they allegedly did not try to stop the mob or do anything to save the Hindu priests.

The 149-page report was released in June but the panel only addressed the media on Aug. 29.

“The inhuman and brutal mob lynching of Hindu priests is the outcome of a violent approach which has been influencing the tribal community,” the report concluded.

“If it were spontaneous, then how did more than 400-odd people assemble at the spot? What was the logistical support? The police also practically handed over the godmen to the mob instead of stopping them,” said Ambadas Joshi, a retired judge and member of the fact-finding team.

However, the state government has ruled out any communal angle and asserted the incident was fallout from a child-abducting gang operating in the area. The government on Aug. 30 dismissed three policemen in connection with the lynching case.

“Vivek Vichar Manch’s one-sided report is only to whip up communal hatred and divisions in India. While the economy is plummeting, RSS affiliates around world are engaged in their favorite game of spreading hatred,” said Sajan K. George, president of the Global Council of Indian Christians (GCIC).

“This is an attempt to subjugate the independent tribal community to servitude by sowing fear and terror. The same modus operandi was used in Kandhamal, the epicenter of anti-Christian violence in the eastern state of Odisha, before the savage killing of innocent Christians.

“This is the wake-up call and we urge the government of Maharashtra and the central government to take serious note of the attempts by dividers to repeat the heinous attacks in Palghar.”