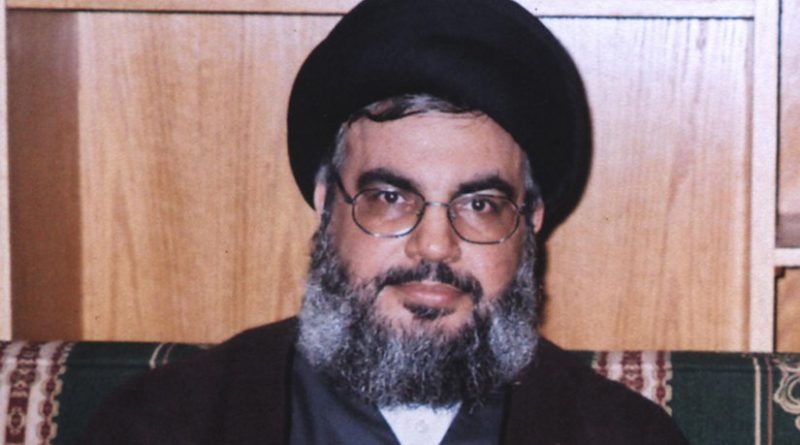 Many in the Arab world are puzzled by Hassan Nasrallah’s position on the Arab Spring. The Hezbollah leader in Lebanon showered Egyptian rebels with praise in January, having personally come short – just a few months earlier – of calling on them to rise up against president Hosni Mubarak.

Members of Hezbollah after all, were in Egyptian jails, arrested simply for serving as liaisons with Palestinians in Gaza.

Nasrallah had no sympathy for Mubarak, whom he had always accused of being an autocrat “closely allied to the US and Israel.”

In 2008, he publicly called on Egyptians to bring him down after the aged Egyptian president shut the Rafah crossing between Egypt and Palestine during the Israeli war on Gaza.

The same could be said vis-a-vis his position on Libya, where he also had an old grudge to settle with Muammar Gaddafi. Back in 1978, the colonel had abducted – and probably liquidated – Nasrallah’s mentor and role model, Imam Mousa al-Sadr, while the latter was on a visit to Tripoli. Prominent Shi’ite politicians have spent the past 33 years demanding his release, blaming Gaddafi for his disappearance.

When it came to Bahrain, Nasrallah was even more vocal, calling on young Bahrainis to topple the regime, fiercely condemning the violence practiced against demonstrators since February. Those demonstrators, it must be noted, were fellow Shi’ites like himself rising against Sunni officialdom.

Nasrallah saw the Bahrain revolt as an extension of a centuries-long conflict between Sunni and Shi’ite Muslims.

On Yemen, he was also strongly critical of President Ali Abdullah Saleh, who had fought Yemeni Shi’ites, known as al-Houthis, for years. Saleh should learn lessons from Egypt, Tunisia, Libya and Bahrain, Nasrallah warned, advising him to step down and face whatever could be salvaged of his reputation and dignity.

On Syria, however, Nasrallah has spoken a very different tone. From where he sees things, it is understandable and reflects the positions of his allies in Iran.

Nasrallah, a strong ally of Damascus for nearly 20 years, has refused to praise Syrian demonstrators who have been staging protests that have turned very bloody since March, arguing that Bashar al-Assad’s regime – unlike other Arab ones – does not deserve to fall.

Syria was a strategic ally for Hezbollah, he reminded his audience, adding that the Syrians had stuck by him through thick and thin for two decades, while most Arabs looked the other way. It was both improper and unimaginable for him to side with its enemies today, accusing them of being part of “an international conspiracy”.

When meeting Druze leader Walid Jumblatt in mid-October, Nasrallah bluntly told him that he believed that the Syrian regime would outlive the crisis “and emerge stronger from it”. He said it was a political, moral and religious duty for him to abide by “those who had supported the resistance in Lebanon, Iraq and Palestine”.

Nasrallah, with little doubt, was for more than 10 years the most popular and celebrated Arab figure in Syria. His speeches, along with Hezbollah anthems, could be downloaded as cell phone ringtones, whereas his photos were plastered on car windows and in shops throughout Syrian cities.

His inflammatory speeches would almost always attract a wide audience, often resulting in empty streets as both young and old gathered in cafes to hear him speak, promising to “destroy Israel”. Most Syrians believed him – simply put – and saw him as a saintly figure.

While most Arab leaders were living a lavish lifestyle, Nasrallah lived an aesthetic one, more like a monk than a political party leader. The death of his eldest son Hadi in 1997 only endeared him to Syrian masses, who watched as the sons of Arab leaders drove around in expensive cars, ran “successful businesses” and vacationed in Europe.

The secret of Nasrallah’s dramatic success was his ability to confront and inflict serious pain on the Israelis. That scene is now no longer accurate, although the Hezbollah leader continues to enjoy an impressive power base among day-to-day Syrians.

There are several reasons for Nasrallah’s diminishing popularity in Syria. Contrary to what many people believe, not all are linked to his position vis-a-vis the disturbances that erupted in March.

Nasrallah lost much of his charm when for security reasons he literally disappeared from public life in Lebanon, addressing his audience through live televised speeches rather than the crowd-packed public rallies for which he was famed.

Watching someone on screen is one thing, and seeing him in person connecting to an audience and enflaming their emotions is something completely different.

His absence created a physical and psychological barrier between him and his fans, both at home and in neighboring Syria. It also prevented him from acquiring new fans in the Arab and Muslim world.

Then came Nasrallah’s obsession with the Special Tribunal for Lebanon (STL) investigating the 2005 murder of Lebanon’s former prime minister Rafik al-Hariri. He famously accused it of being an Israeli project because it pointed fingers at four members of Hezbollah, naming them earlier this year in its “bill of indictment.”

People respected Nasrallah and cheered him on because they felt he was a selfless politician who cared more for his cause, regardless of whether they agreed with it or not, than for party politics. Nasrallah seemed suddenly to care more about the STL than anything else in Lebanon.

It is one thing to criticize the STL and focus on destroying it, but what Nasrallah did was forget about everything else in Lebanese politics, simply for the sake of the STL. Hezbollah reached its current standing, after all, because of the reputation it carefully constructed for itself, as savior of the poor and those in need – especially within the Shi’ite community.

Nasrallah came across as the social, political and military hero of his constituency, able to provide them with running water, good hospitals, improved schools, cheaper medication – and an impressive track record on the battlefront. In recent years, however, Hezbollah became over-involved in petty politics, distancing itself from both “resistance” and “nation-building.”

The anti-regime street in Damascus is furious with Nasrallah. Very unrealistically, they expected him to stand by the anti-regime street, forgetting the unwavering Iranian support for Syria, and his own fear that a regime collapse in Syria would damage the resistance in Lebanon.

Early into the crisis, demonstrators burned Hezbollah’s yellow flags and in some cases tore down posters of the Hezbollah leader.

Meanwhile, pro-regime demonstrators showered him with praise, “praying to the heavens to preserve Nasrallah”. Nasrallah realized that there is an entire Syrian street that he does not know, and which speak a language that he does not understand.

For years, he believed – wrongly – that Syrians of all colors were firmly supportive of him and Hezbollah. That illusion was shattered in March, when Nasrallah realized that not all Syrians supported him.

On the contrary, some had no affection for him whatsoever, either because of their Sunni zeal, because he was a Shi’ite warrior, or because of his unwavering support for the Syrian government.

In summer, Hezbollah began to build bridges with the “other street” in Syria, trying to explore it and know more about it, because clear from what was happening, Hezbollah knew only the pro-regime street in Syria.

Their official position remained firmly in favor of the Syrian government, but they nevertheless called on their Syrian allies to institute serious political and economic reforms, and at one point tried to play the mediator between the Syrian street, opposition and government.

That did not work because as far as the anti-regime street goes, Hezbollah is not an honest broker, having clearly taken sides with Syrian officialdom “because of its support for the Lebanese resistance.”

As the crisis in Syria unfolds, Nasrallah will have to walk a tightrope, maintaining an alliance with his traditional friends but, meanwhile, reaching out to other segments of society.

For years, political cunning, as far as he was concerned, was needed only for the complex game of Lebanese politics. He didn’t need to maneuver much in order to endear himself to the masses in Syria; they supported him regardless. All he had to do was be himself and that guaranteed him full support on the Syrian street.

That is now no longer the case. Nasrallah will not have to play politics – the Syrian way – if he wants to sustain the massive popularity that he enjoyed, not too long ago in Syria.

Sami Moubayed is editor-in-chief of Forward Magazine in Syria. He is also a writer, political analyst, and historian, based in Damascus. His articles on Iraq, Lebanon, Palestine, and Syria appear regularly in The Daily Star, Asia Times, Al-Hayat, Gulf News, al-Ahram Weekly, and The Washington Post. He lectures frequently at the Assad National Library on the founding years of the Syrian Republic, in association with the Friends of Damascus Society and appears regularly on Syrian TV, Al-Jazeera, and BBC.